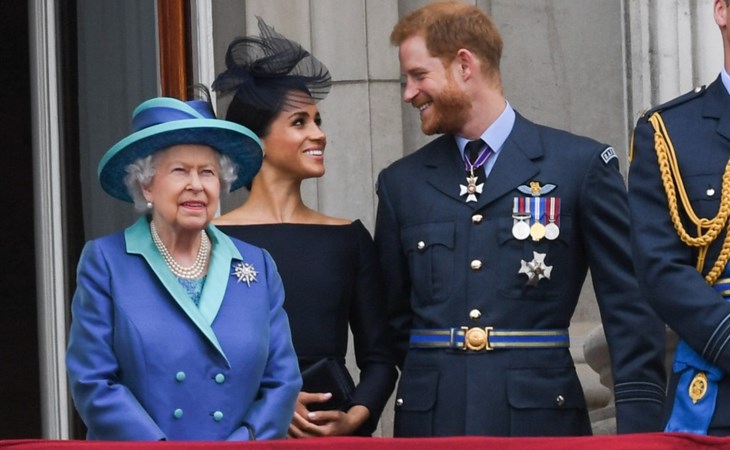 The One Year Anniversary of the Sandringham Summit

If you’re a regular visitor here, you know I have a thing with dates. A year ago today, on January 13, 2020, Prince Harry went to meet the Queen at Sandringham; they were later joined by Prince Charles and Prince William. This gathering is now known as the Sandringham Summit, when Harry negotiated at least some of the terms of his exit and secured his and Meghan Markle’s decision to step down as senior members of the British royal family.

At the time, Meghan had already returned to Canada where she and Harry had spent the 2019 holiday season, and where she and Harry would remain until the spring, at which point they permanently relocated to Los Angeles. Harry reportedly arrived at Sandringham a couple of hours early to speak privately with his grandmother. All told, including the two hours that Charles and William were there, the Sandringham Summit was four hours and at the end of it, the Queen released an extraordinary statement:

It was extraordinary for both its content and its haste, necessitated by the leaks published in the UK tabloids, leaks that came from deep inside the royal institution. A week before, you’ll recall, Dan Wootton at the Sun had blown it open that Harry and Meghan wanted to move to Canada and Harry and Meghan responded with their own statement and updated website confirming their intention. This was not the timeline that the Queen was expecting – but all those leaks accelerated the situation, brought to a head at Sandringham. Details about what exactly was said during the Sandringham Summit remain vague, as all parties agreed to not disclose what went down privately between family members, despite all the speculation. They did supposedly agree to stop with the backstabbing and the leaks though. That… didn’t last long.

As for the content of the Queen’s statement, it’s informal in tone in how often she refers to “my family” and also… the fact that she’s talking about money, which is usually beneath her. Upstairs people never want to talk about money – it’s considered inelegant; but also, you never want the downstairs people to think too hard about how much of it they don’t have. Here we have the Queen, though, sending out a message to the public including details about “public funds” and how Harry and Meghan essentially want to earn their own way.

Cut to a year later, they’re homeowners in Montecito, with a major Netflix deal and another with Spotify and probably other projects in the works. None of that was certain on this day in 2020 though. By the end of it, the Sussexes had secured a small win in that they were clear to move ahead with their decision. And, as we can see now, they didn’t look back, although in recent days there’s been a lot of talk about this purported “annual review”, an agreement that supposedly everyone agreed to that would be like an assessment of how the arrangement, if you want to call it that, worked over the last year and what needs to be revisited.

Is it really necessary though? They bought a property in LA. They have business deals. What’s going to happen in this review that would change anything?! What would be the point?