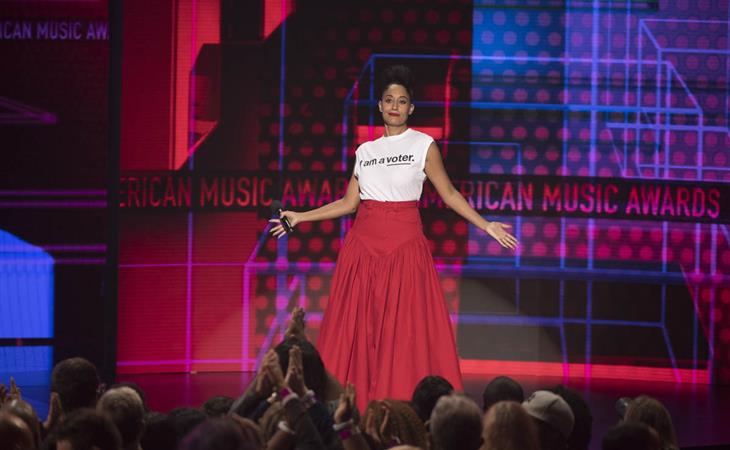 Tracee Ellis Ross hosted the American Music Awards for the second year in a row. Once again, she brought her signature infectious energy and knockout style to the show. Tracee’s opening dance number wasn’t the first performance of the night, but it should have been. Tracee hit her choreography harder than the actual first performer of the night (shade intended) and danced to some of the top songs of the year and from past years which set the tone for the show. She was there to play. She was having FUN. She was ready to stan. That energy seemed to carry over to the celebs in the audience. It seemed like a good vibe. Tracee did that.

Tracee Ellis Ross also made it clear right off the top of the show that her night of hosting would be about the music and “having fun” but it was also about CLOTHES.

“I will feature black designers in all of my looks tonight.”

Think about how much Tracee is showing her work through her fashion here. She’s encouraging people to vote in the US midterm elections while also highlighting black designers who wouldn’t normally have this platform. She’s not asking us to look away from the outfits she and her stylist have clearly put effort into creating. She’s not asking us to talk about something else. She’s saying, “Yes, please, talk about this clothing! It can be about the clothes AND other things!” because as we know, clothing can do as much as you let it. Blake Lively, are you paying attention?

This Dapper Dan Gucci cape on Tracee may go down as my favourite style piece of the year. I’m obsessed. After every award show, there is someone I assign my favourite line to: “put them in everything.” Sometimes it’s Tiffany Haddish. It has been Sterling K Brown and Kelly Clarkson. It’s the person who is funny, likeable, and consistently able to deliver television moments you don’t want to look away from. Last night, that person was Tracee Ellis Ross. If the Emmys are looking for a host next year, and they should be, they’ve found her. LET TRACEE ELLIS ROSS HOST EVERYTHING. 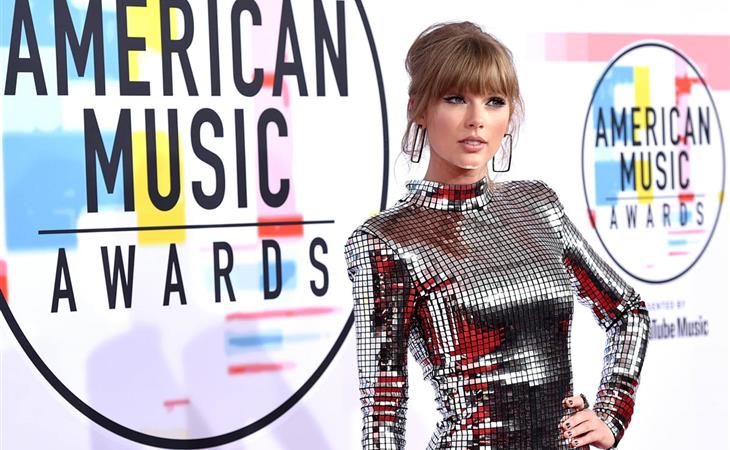 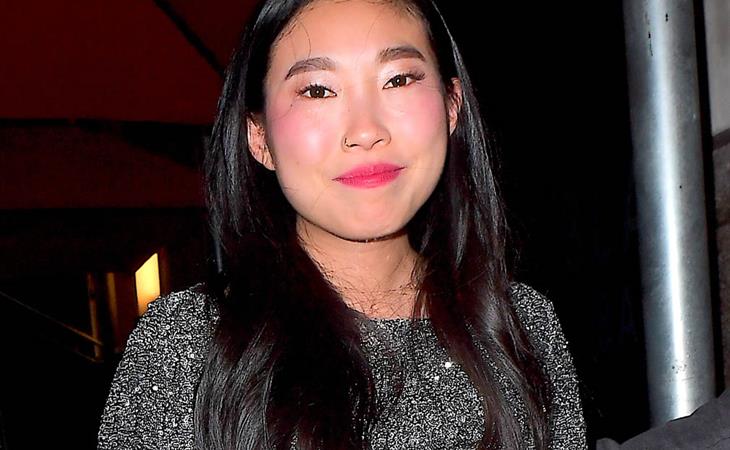