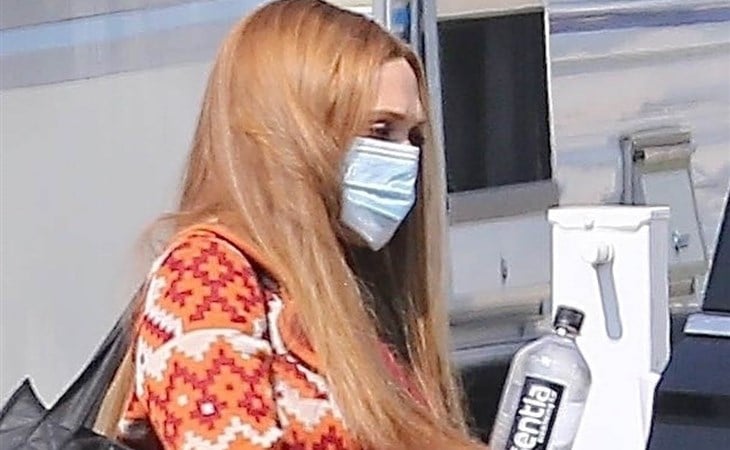 Elizabeth Olsen, Paul Bettany, Kathryn Hahn, and Teyonah Parris are back on set, filming the last episodes of WandaVision. Disney-Marvel has promised they will get this show to Disney+ by the end of the year, but as we can see, they still have some work to do. Given that, WandaVision will undoubtedly be a weekly release of new episode, not a Netflix-style binge dump. As convenient as binging is, Disney+ is making the case for preserving the weekly model. The Mandalorian got far more traction last year than any new Netflix show, simply because we talked about it constantly for a couple months as new episodes arrived, as opposed to the week one-and-done binge model, where new shows and episodes get lost almost immediately as the next wave of new stuff comes in. I expect WandaVision to be a weekly fixation, though, especially as Elizabeth Olsen is finally getting something to sink her teeth into, and I fully expect people to be OBSESSED with Kathryn Hahn.

Right now, I am obsessed with Elizabeth Olsen in a…tap dancer costume? I don’t know what to call this red sparkly number except it looks like something from a Busby Berkeley number, so I hope that means we can expect a full-blown musical number in WandaVision. The most exciting thing about this show is, by far, all the potential for alternate realities and the fun stuff that can happen in those margins (the second most exciting thing is Kathryn Hahn, tied with meeting grown-up Monica Rambeau, I see you Teyonah Parris. Also, we are not paying enough attention to the return of Randall Park as Jimmy Woo). Of course it will all come down to some world-ending nonsense, it always does, but before we get to sky beams and Wanda accidentally disappearing reality or whatever, let us have dance numbers and fun cameos and many, many costume changes. And Kathryn Hahn. SO MUCH Kathryn Hahn! 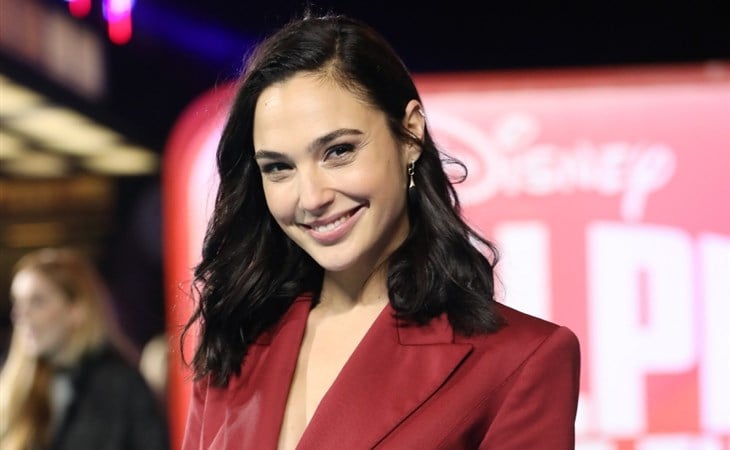