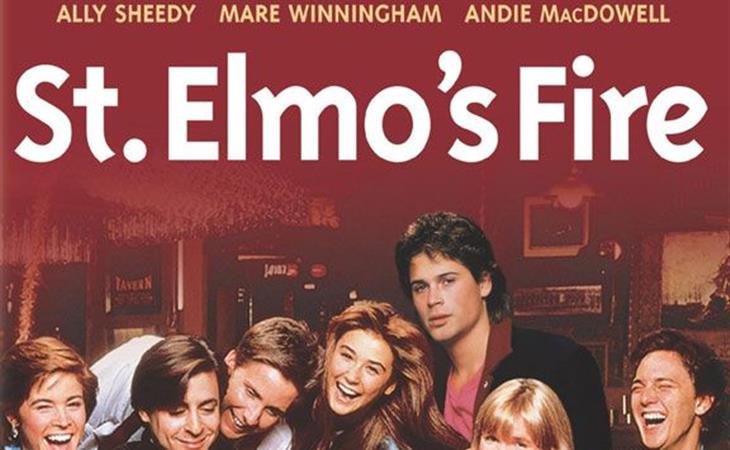 NBC is developing a television series remake of St Elmo’s Fire. For those of you who are all like, what’s St Elmo’s Fire – it’s a movie from the 80s, starring members of the Brat Pack (Rob Lowe, Demi Moore, Judd Nelson, Andrew McCarthy, Ally Sheedy, Emilio Estevez, Mare Winningham) about a group of college graduates struggling with adulting, a millennial expression for an evergreen experience.

I was a decade younger than the cast when the movie came out, but these were my pop culture idols, and they and their movies shaped much of my adolescent understanding of friendship and heartbreak. It was probably the same for you if you were of this generation. Also, there are two songs on the soundtrack that will always make my playlist: the instrumental love theme by David Foster and “Man in Motion” by John Parr, a great song to run to if you’re looking for ideas.

Was the movie any good? Not at all. It’s actually terrible and it received terrible reviews, but sometimes how you feel about a film exists separately from how it was critically received. So… should it be revived?

A few years ago, they remade About Last Night which came out in 1986 starring Rob Lowe and Demi Moore, which itself was based on David Mamet’s play. The 2014 version, with Michael Ealy, Joy Bryant, Regina Hall, and Kevin Hart might actually be better so, yes, there’s a case to be made that reimagining an original story with what we’ve learned since it came out can make the story better.

Speaking of Rob Lowe and Demi Moore though, they’re partners in a scene from St Elmo’s Fire where she delivers the film’s best line. Demi plays Jules, the star of their friend group, the one who fronts like she has it all together but, of course, is as full of sh-t and confused and scared as the rest of them. In 2019, Jules would be an Instagram influencer, hiding behind filters. When Jules can no longer keep faking it, it’s Rob Lowe’s Billy who comes to console her. And, through tears, she tells him, “I’m just so tired. I never thought I’d be so tired at 22”.

Those two lines, right there, that’s why this series is a good idea. They’re still true, they’ll always be true, and they’re especially true right now, not just for people who are 22 but at any crossroads in their lives. I hope this happens. With a more representative cast, obviously, tapping into that uncertainty and fatigue and the still unshakeable optimism that we obsessively cling to.

By the way, this movie is a good example of how back in the 80s, people in their early 20s looked older than they do now. Demi Moore was actually 22 when she, as Jules, said she never thought she’d be so tired at 22. Rob Lowe was even younger. Rob Lowe in St Elmo’s Fire was younger than Justin Bieber is now. Justin Bieber is around the same age that Judd Nelson was when they shot this film. Can you imagine Justin Bieber in this movie? 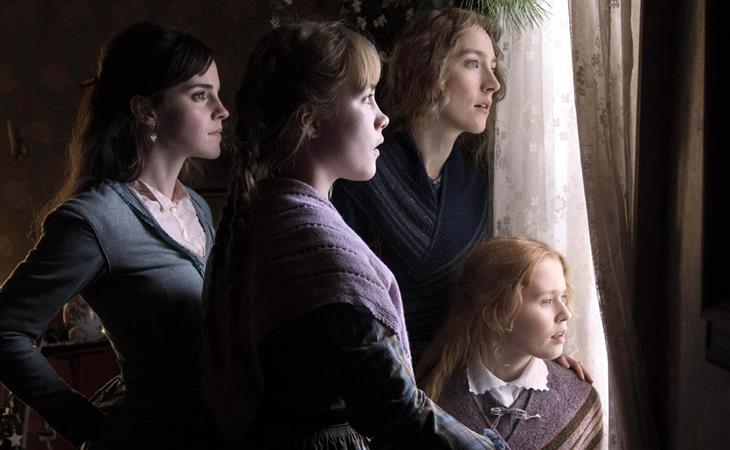