Matthew McConaughey memoir Greenlights was released this week based on journal entries he’s been keeping for over 30 years. He says he recently went back to these diaries and decided to organise all those experiences and memories into a book – going into the desert by himself to put it all together. Which is the most Matthew McConaughey way of writing a book, exactly how you want to picture Matthew  McConaughey writing a book. I started reading it a couple of days ago and if you’re wondering whether or not there was a co-author involved here, or a ghostwriter, which is not uncommon for celebrities, my personal opinion on this is no… because… here’s a passage:

“Back at the Chateau it was always a Saturday, easy street, and I was on it, once again, having committed to my man. Now, eager to dance with my devils instead of fight them, I was keen to negotiate the abyss, broker a deal with lack of restraint, and see if I could come out the other side unscathed.

My days of it’d be rude not to and I don't have to, so I will, led to many a morning of I don't knows and let's not remembers. You know how it is when you're up to nothin no good’s usually next.”

You can hear him saying these things, right? Who else is going to write in his voice, this voice? I’m not finished yet but everything I’ve read up to this point has been like this.

Anyway, I was reading Greenlights to prep for Matthew’s interview on The Social with me and Cynthia Loyst which we taped yesterday. And probably now one of our favourite interviews of all time. Because Matthew McConaughey – at least for us – understands that part of doing his job well is making sure that we can do our jobs. So he logged in on time, on his own, he did not need to have a publicist be online with us monitoring, but he did come in with a super strong internet connection! LOL, I know sometimes a sh-t connection can’t be helped but if there’s anything we’ve learned about celebrities over the pandemic, it’s that while they often have access to the best of almost everything, many of them actually do NOT have access to high speed internet.

Matthew McConaughey though, knowing that he had a press tour for his book coming up, made sure to have a wired connection. Anyone out there in TV production will appreciate what a gift this is. It makes such a difference to the actual interview because nobody is stressed that their Skype will time out and there are no audio issues and you can just have a fun half hour conversation – and it was indeed a half hour conversation that was full McConaughey. He is a GREAT storyteller. He brings all the McConaughey-isms. He’s thoughtful, he’s thinking about how to make his answers fresh and original. He listens, he actually wants to have a discussion and not just answer questions and get his messaging across. “Generous” is not a word I use often to describe a celebrity when I’m interviewing them. But Matthew McConaughey was generous to us. And judging from all the press he’s been doing lately, it would seem that he’s been generous to everyone.

During an interview this week on The Howard Stern Show, Matthew was asked about his relationship with his mother, specifically about the time they were estranged. Why? Because his ma, when Matthew first became famous, became a Rogue Relative. She was selling him out, like a lot. Listen to him tell this story – it’s about as candid as you’ll get from a celebrity about family, well worth the two minutes:

Howard uses the word “betrayal” and it’s exactly right. Because you don’t expect it from your parent. But this is how fame can f-ck sh-t up. Not just the person who’s famous but everyone around the person who is famous. In Matthew’s case, it was his mother and as he says, things were “strenuous” between them – for eight years.

What I also find interesting is how he describes the resolution. Basically as soon as he had the confidence in his career, as soon as he came to terms with his fame, he was able to reconcile with her and not feel compromised, and gave her his blessing to talk about him whenever she wanted, which she did and does.

You know who my mind went to?

Meghan Markle. Because the same thing happened to her but on a much bigger scale. She was marrying into the British royal family and her dad is out here calling the paps and talking to TMZ and the tabloids. Matthew had to separate himself from his mother for almost a decade before he could trust her again. And so if it ever works out between Meghan and Thomas Markle again, it’s going to take time. But nobody’s trashing Matthew over this story, right? Nobody’s saying OMG how could you abandon your mother! Part of the reason why is because the situation has a happy ending. But it took a long time to get there. So for the people who’ve been citing Meghan’s broken relationship with her father to criticise her…

Greenlights is available now. And he narrated the audiobook! 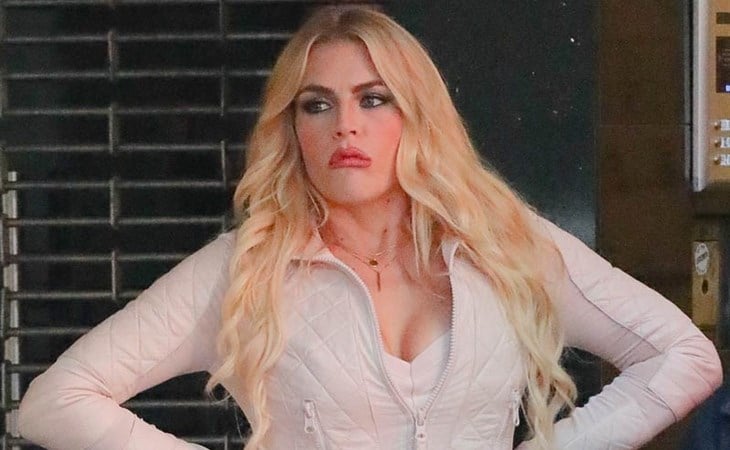 Ariana Grande in the Top Position