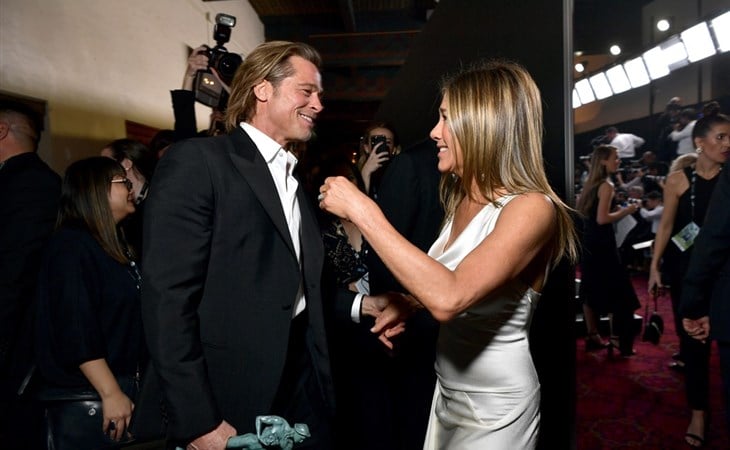 The Business of Brad and Jen

The pictures of Brad Pitt and Jennifer Aniston greeting each other warmly backstage at the SAG Awards on Sunday pretty much broke the internet and gave the celebrity industrial complex a major infusion. The entire ecosystem benefitted from their moment, including other celebrities themselves who tweeted like fangirls and boys about their excitement at seeing Hollywood’s Prom King and Queen reunite to so publicly.

Brad and Jen, for the last 25 years, since they started dating, have fueled the business of gossip. They knew it, they know it, and any attempts to pretend they hate it have now been rendered disingenuous because if even her best friend is out here liking Instagram posts from people shipping their possible reconciliation, how do you turn around and yell at people to STAY OUT OF MY PRIVATE LIFE!?

That said, when you satisfy a thirst, how do you keep feeding it? It’s been three days. And we’re almost out of things to talk about. Brad and Jen ended up at the same afterparty and they were a heatscore for sure but perhaps because they were a heatscore, they did not end up interacting. Then she went to the Tower Bar for dinner – and Brad did not join.

Sure, it’s possible that she met up with him at her place and he took the dress of her body and ran her a bath but…

By all accounts, we don’t have a next chapter.

What IS the next chapter? Will it be the Oscars?

If you’re the producers of the Oscars, who are right now lining up the show’s presenters (the first batch was announced yesterday with all four acting winners from 2019 scheduled to return), have you been making calls this week to Jen’s people, seeing if she might be willing to hand out a trophy? Before you get too excited, there is almost no chance she’d be presenting the Best Supporting Actor category. That, by tradition, is the job of the Best Supporting Actress Oscar winner from the previous year – in this case Regina King. And don’t you dare ask Regina King to forfeit on one of the privileges of being an Oscar winner for the sake of Brad and Jen. DON’T YOU DARE. The optics of that would be terrible. I’d be the first to start yelling about it.

Jen currently doesn’t have any film projects to promote – which is often why presenters show up. What might work is if Jen co-presented with Adam Sandler. They’re frequent collaborators and starred together in last year’s Murder Mystery. She shouted him out in her SAG speech, perhaps nodding to the fact that he was snubbed for a Best Actor Oscar nomination. Might be fun to have Jen with him as he’s up there, uncomfortably, being the Sandman. But that doesn’t guarantee another Brad interaction, unless they make sure the category she presents happens around the time Best Supporting Actor is presented.

That’s it. That’s all there is. Every entertainment outlet (and I’ll include myself here) can keep stretching this sh-t as much as they can (like I’m doing here, ha) but there’s really not that much juice left. Are we all going to be OK with that?

Oh, here’s something – the photographer, Emma McIntyre, who took those pictures of Brad and Jen on Sunday night, (I think she’s Canadian?) is talking about how she got them. I hope Emma’s the big winner here. I hope she paid all her bills and then some. 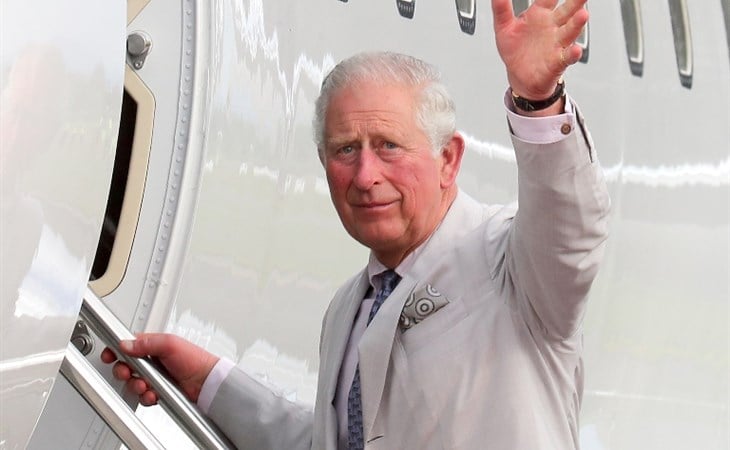