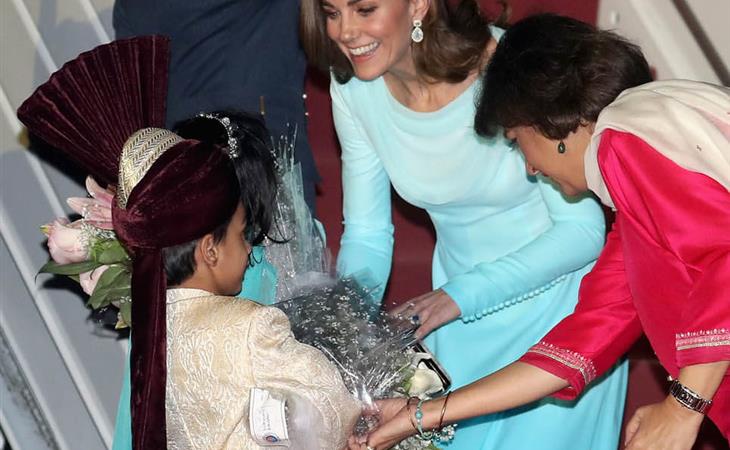 Prince William and Catherine are now on a five-day tour of Pakistan. Here’s a great photo posted to their Instagram account of them arriving with more details about their visit.

As we’ve seen, the Cambridges are getting more and more creative with their social media posts. The shot selection here is a good example of it. That said, it hasn’t all been perfect and there might be a social media oversight, but we’ll come back to that in a minute. Let’s focus on their first day of engagements.

49% of girls are out of school in Pakistan — The Duke and Duchess of Cambridge’s engagement at Islamabad Model College is championing the importance of quality education, and how girls benefit from pursuing higher education and professional careers #RoyalVisitPakistan pic.twitter.com/kkjbAj5tdV

Fashion designing can be a career. I love the shalwar kameez Kate wore at Islamabad Model College for Girls. It’s by Pakistani designer Maheen Khan – what a great moment for her to showcase her work:

My team is proud to have worked on the Periwinke silk out fit for the Duchess https://t.co/3HQBmn7NR9

Will and Kate also met today with Prime Minister Imran Khan. William is well acquainted with the Prime Minister who spent time in England when he was married to Jemima Goldsmith. And PM Khan and Princess Diana were friends – here they are together in 1996. So far, then, a successful first day. But let’s get back to that video that was posted on the House Cambridge Twitter account last week with a curious bit of audio around the 8 second mark. Listen closely, you’ll make out the words “Meghan” and “jealous”.

The Duchess of Cambridge visited the Angela Marmont Centre for UK Biodiversity @NHM_London — who are working to transform our understanding of over 80,000 species of wildlife known to exist in the UK today. pic.twitter.com/J7yh35RGko

It may have just been a gossipy bystander whose voice was picked up by whoever was recording the video. Or it could have been someone on the Cambridge team who was standing quite near to the person recording the video. But it’s not exactly a bit of audio you want posted on the official Cambridge account and a bit of amateur hour in terms of sloppy video editing that they’ll have to clean up going forward. 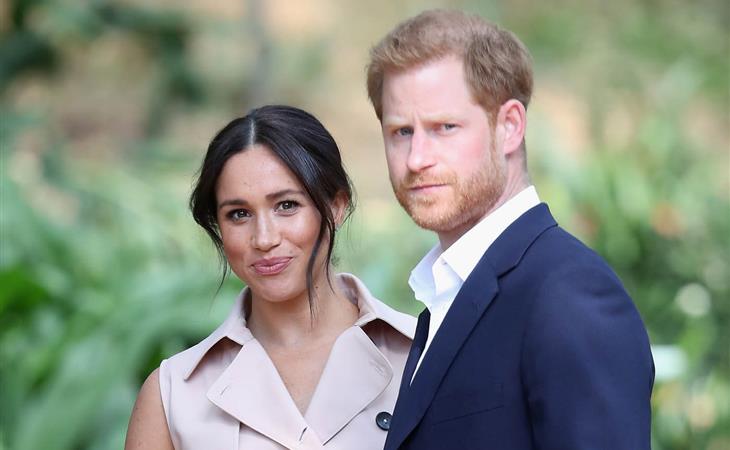 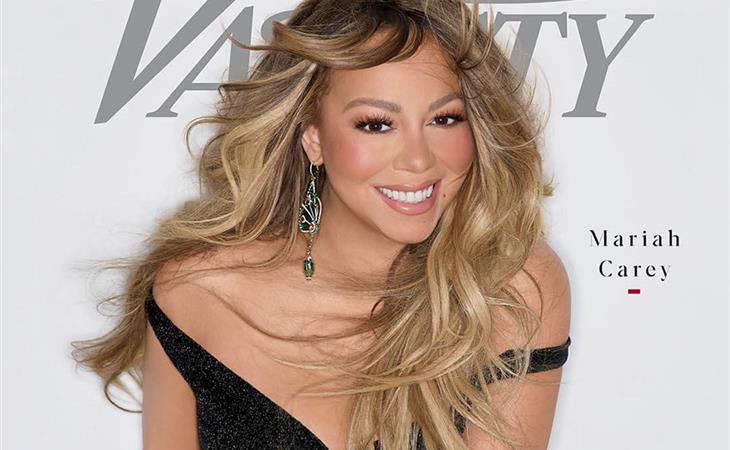