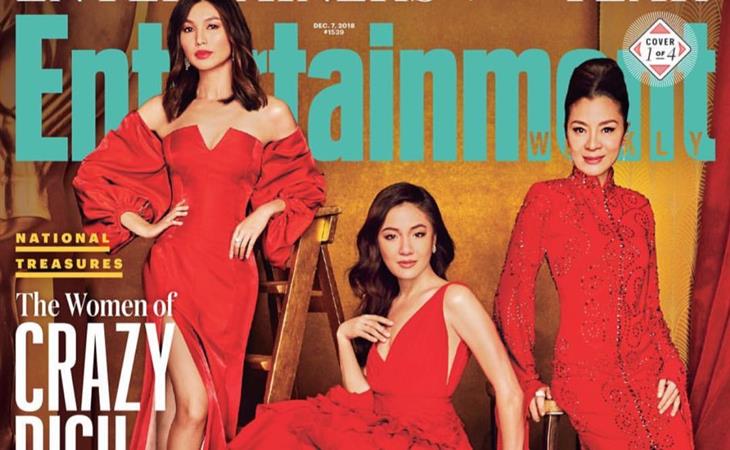 There are four different “Entertainer of the Year” Entertainment Weekly covers: Cardi B and Darren Criss are featured; Kathleen posted about the women of Black Panther yesterday; and there’s also the women of Crazy Rich Asians. EW calls them “the queens of summer”. Look at them. Look at them in their glory – Michelle Yeoh, Constance Wu, Gemma Chan, and Awkwafina – in their red dresses.

If you’ve been reading this site for a few years, you know I don’t love a red dress. On anyone. Red, however, is the Chinese colour of celebration. Red and gold and/or yellow are commonly seen together – at wedding banquets, on lucky red money pockets, and traditional clothing. Red is good fortune. Gold or yellow is balance and peace. Buddhist monks, for example, wear yellow robes. As you can see, red and gold are the two colours that stand out in this cover and I don’t know if this was by design or a happy accident but it makes the CRA women’s achievement even that much more meaningful. Note also that in their individual portraits, posted by Constance Wu on Instagram (flip through the carousel), all the women are also wearing either red or gold. I am obsessed with the sleeves on Michelle Yeoh’s dress.

Crazy Rich Asians dominated the box office for three weeks straight. It is the highest grossing rom-com in 13 years. Of course it’s one of the biggest pop culture success stories of 2018. And it is currently available on demand. So if you haven’t seen it and rom-coms are perfect for the holiday season… this is what you’re doing this weekend, right?

Remember, there’s a Comedy/Musical category at the Golden Globes. CRA is still a longshot for an Oscar nomination for Best Picture but it has an excellent shot at being included at the Golden Globes. The Globe nominations will be announced in less than a week, next Thursday. While we’re at it though, as people have been pointing out on Twitter – no host or hosts have been announced yet for the Golden Globes. It’s a little over a month away. And no host or hosts have been announced yet for the Oscars. Both are usually confirmed by now. Two weeks ago, Isan Elba, Idris’s daughter was named the Globes’ Ambassador. This week the Hollywood Foreign Press Association revealed the new Golden Globe statue. We should know by the time they come with the nominations, right? 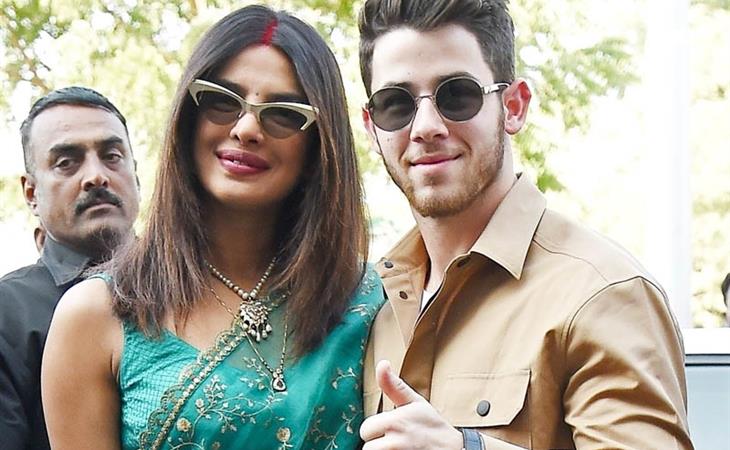 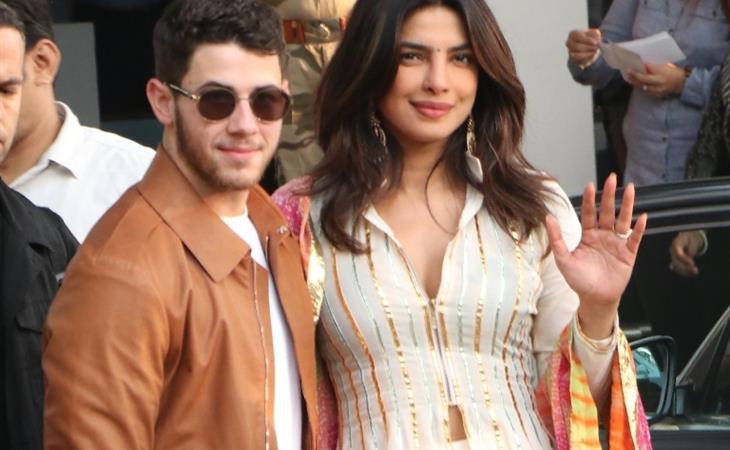