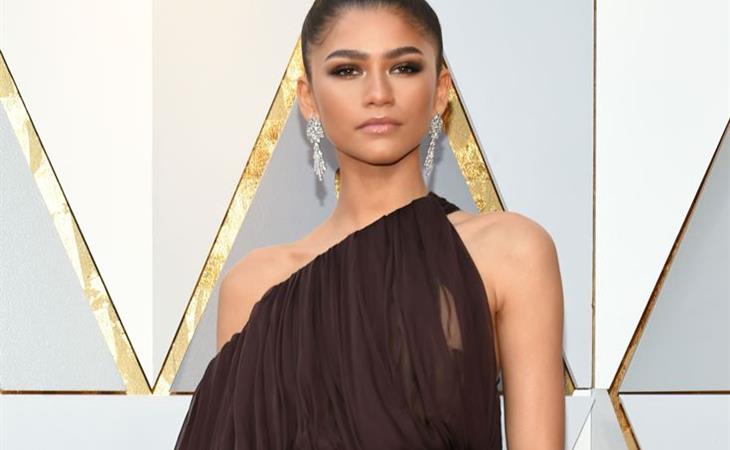 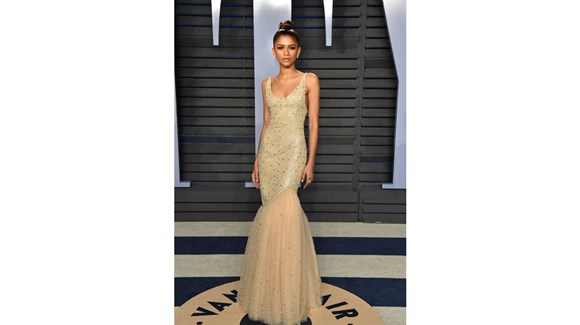 The Vanity Fair dress is clearly the #2 – pretty, sure, but not all that interesting. Which is why it only went to the party and not the show.

Zendaya was in a Giambattista Valli off-the-shoulder billowing, flowy gown for the Oscars. The colour was underwhelming for some. In person it was rich, so rich that it almost looked bordeaux. And she was the one who had to wear it. What I mean by that is that on almost anyone else, it would have overwhelmed them. It would have been boring. Because not many people know how to work a dress, to tailor an attitude to an outfit, right down to the walk.

Did you see the way she walked in this dress? It was a saunter (thank you, Duana. I couldn’t find the word). Like a sneaker walk – slightly hunched in the shoulders, cool as f-ck, straight up swagger. It was PERFECT. Because it’s not how anyone else would have walked in this dress. They would have held themselves up, like princess styles instead of punk styles.

So now I’m going back against what I said about posting only one photo of Zendaya at Vanity Fair because she’s just made my point about how she elevates everything she wears and adjusts accordingly. Check out this pose: 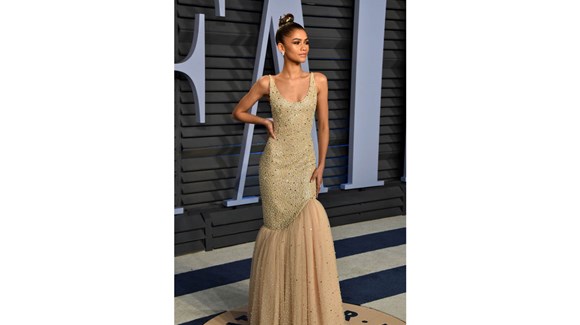 This is what every stylist wants in a client. Her stylist is Law Roach, who was on triple duty last night because he also dressed Mary J Blige and Zendaya’s “friend” Tom Holland. Tom looked really sharp at the Oscars:

He may have looked even better at Vanity Fair:

So far I can’t find any photos of Zendaya and Tom together last night. And they were really far apart on the carpet too. Believe me. I tried. I was watching from the balcony to see if they waited for each other after the press line and the photo walls. They weren’t. He presented with Gina Rodriguez though. And while we are all big fans of Gina here, and the dress wasn’t the worst, she deserves more than Zuhair Murad. Law Roach would not have put her in Zuhair Murad. 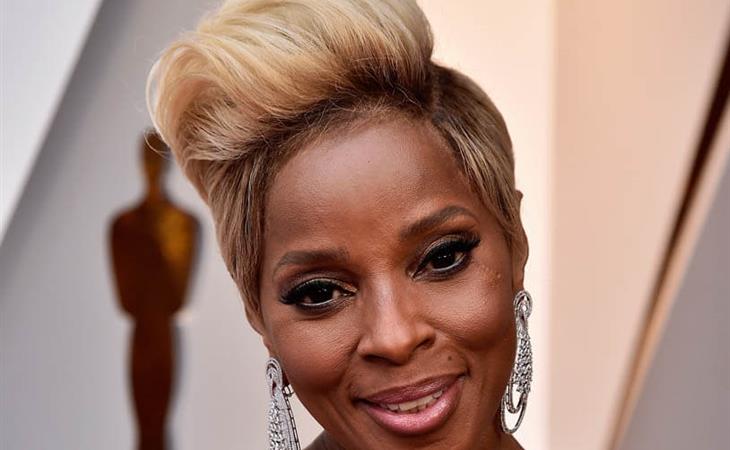 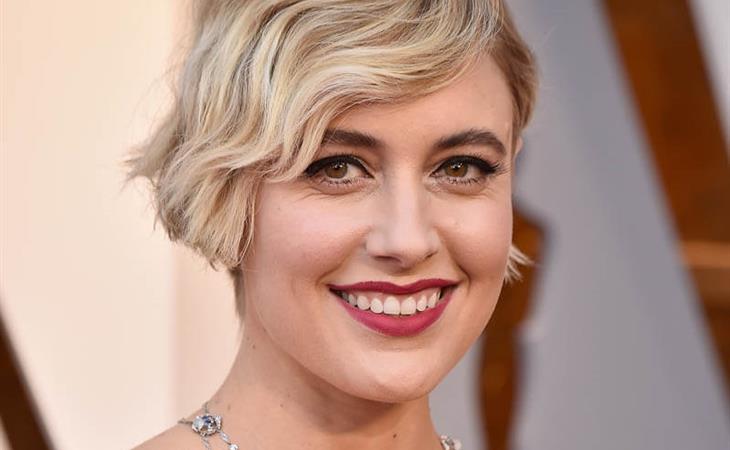