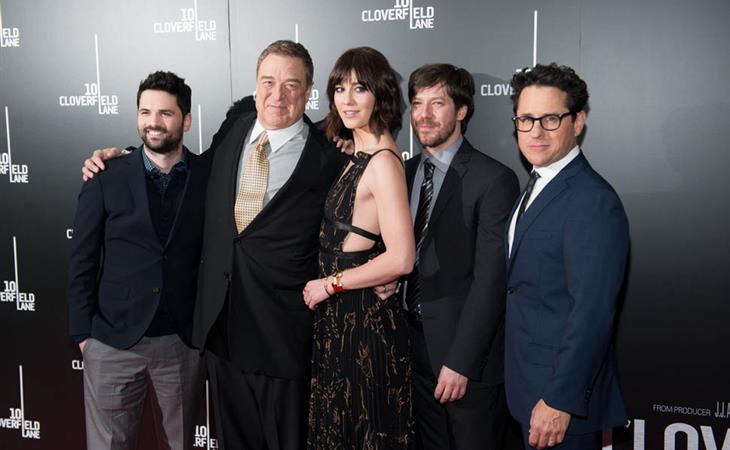 Go in knowing nothing about 10 Cloverfield Lane

I hate the mystery box. I am not a fan of the JJ Abrams School of SECRETY SECRETS. It only worked once, with Cloverfield, because that movie came out of left field and had nothing to do with anything, so there were no preconceived notions or expectations about what it would be. All we knew from the secretive marketing campaign was that it was a monster movie, and then it delivered on that premise while also featuring some innovative low budget filmmaking from Matt Reeves. That Statue of Liberty sequence remains one of the best-realized FX sequences in recent memory.

10 Cloverfield Lane doesn’t get to be quite the blank slate as its predecessor, mainly because it has a predecessor, but it doesn’t have anything in common with Cloverfield beyond a similar low-fi style and a “what’s really going on” hook. Ever since the trailer was unexpectedly released in January, people wondered if it was the long-assumed Cloverfield sequel, though JJ Abrams called the movie a “blood relative” of the original Cloverfield.

Abrams’ concept for “Cloverfield” movies is essentially to create an anthology of thematically similar but narratively unique films. Cool. I’m into that. Problem: Nothing about the trailer suggested that. Trailers and TV spots are still the #1way to communicate with audiences, so if you have vital information about a movie you’re not putting in the trailer/TV spot, the majority of the audience simply won’t know that information. JJ Abrams stating in an interview that 10 Cloverfield Lane isn’t an actual sequel isn’t going to reach at least 80% of the potential audience. Even the people who do see Abrams’ comments don’t necessarily believe him because Abrams has lied to us before (see also: Star Trek Into Darkness/Khan).

You know I hate it when people lie to audiences about what’s really going on with their movie/TV show, and 10 Cloverfield Lane is why. This movie is really good and deserves to be taken on its own merit, but because Cloverfield is invoked in the title, a lot of people expected a literal sequel. And that’s not an unreasonable expectation—this is the era of the franchise—but it means that, when people didn’t get what they expected, they rejected 10 Cloverfield Lane despite its actual quality (see also: The Witch). Lane logged a not great B- CinemaScore, which, despite strong box office, isn’t great. Sure, people went to see it, but most didn’t like it. And all because of the title.

The obvious solution is to give it a different title. Originally, this was called The Cellar, then its working title was Valencia. Dubbing it “Cloverfield” was apparently an eleventh-hour marketing move, because somebody somewhere didn’t trust the movie to sell without that connection. It worked—butts landed in seats. But it also didn’t work because a lot of people don’t like the movie because they felt cheated when it didn’t deliver on a presumed promise.

And it’s not talking down to the audience to say “the marketing should give a clear idea of the movie”. That’s how marketing works. You want to mystery box a movie? Fine, but find a way to do it that still allows you to communicate with the audience. Look at Star Wars: The Force Awakens. That was a mystery box movie, but the trailers clearly communicated tone and relationship within the existing Star Wars franchise, without giving away story. So it’s possible to do both.

Will the Cloverfield mystery box work again? Maybe. At least now people realize “Cloverfield” isn’t an interconnected story, but there’s also this bad taste in people’s mouths. The next “Cloverfield” movie is due in 2017. Right now it’s called God Particle. It’ll be interesting to see if they stick with that title.

I’ve told you nothing about the movie except that it is not a sequel and you should see it because it is very good. My only complaint is that Bear McCreary’s score is a little aggressive and detracts at times from the top notch performances from John Goodman, Mary Elizabeth Winstead, and John Gallagher, Jr. (The Newsroom). Goodman, in particular, is excellent. He gives an A+ weirdo performance that really ought to be considered when the 2017 Oscars roll around but probably won’t be because of genre bias.

Will & Kate try to quiet the noise