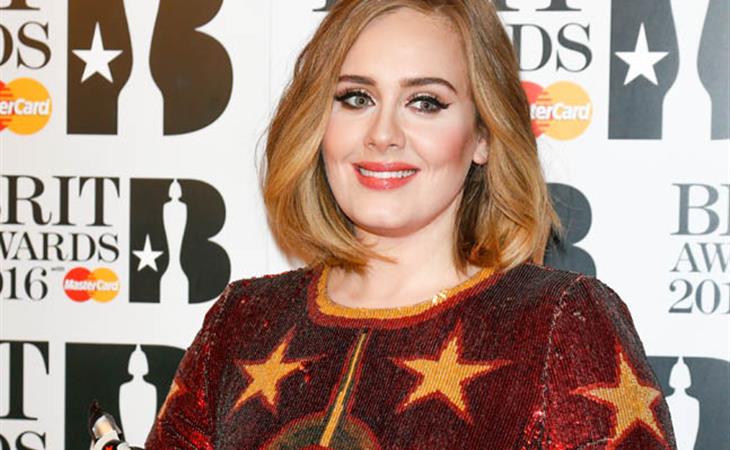 I posted about Adele partway through the BRIT Awards yesterday – click here if you missed that. At that point she’d won, I think, two awards and publicly supported Kesha. By the end of the night it was four. And she was overcome while collecting the last one, sobbing during her acceptance, the mascara running down her cheeks, sharing that for a while there she didn’t know if she’d be back, didn’t know if she’d be writing songs, singing, performing. Then, because she’s Adele, she also jokes about everyone being “f-cking bored” of her (although the way she says it, it sounds more like “facking”, which I love so much), and finally ending it with a charming cackle about being from Tottenham and becoming a global success. This is perfect, really. The perfect combination of “oh my God I can’t believe this” and “hahahaa but goddamn I’m going to enjoy it”.

After that she sang When We Were Young. In a Valentino sequined star dress that’s similar to the Wonder Woman collection they previewed with Goop. I LOVE this on her and it might be the best thing she’s ever worn. As for the performance – a major improvement on the Grammys although I thought the background images coming up of her were a little cheesy? 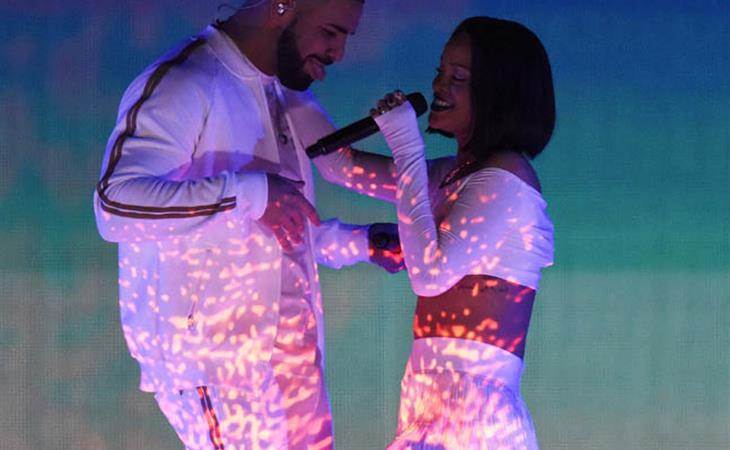 Rihanna & Drake at the BRITs 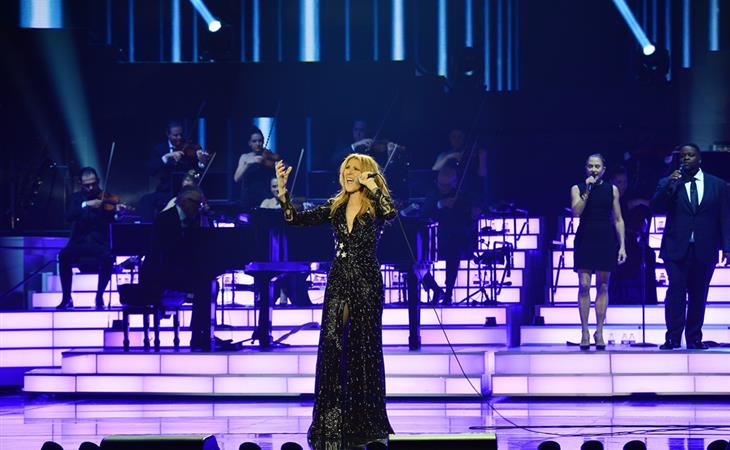