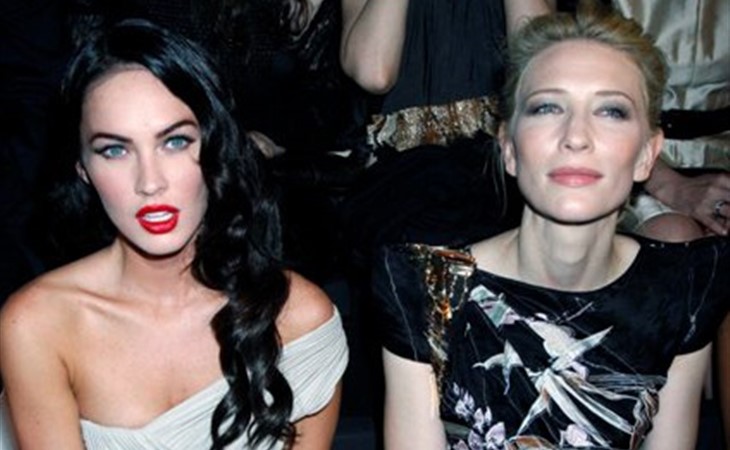 Somehow Megan Fox ended up front row at Armani in Paris. It was revealed later that she is the brand’s new underwear spokesperson. Photo Assumption says that that decision doesn’t seem to have been very well received by longtime Armani fan Ms Cate Blanchett, a style icon who has worn Prive on many major occasions, and who was seated next to the Fox during the show.

Our Cate is too classy to throw it down. But her BitchFace was epic – a wonderful combination of disdain, impatience, and also… boredom. Like, I’ve seen a thousand of you, kid, and no one remembers any of them.

This I believe is the most challenging BitchFace to master – not the angry kind, not the hateful kind, but the dismissive kind. Shoulder to shoulder with Cate Blanchett, as you can see, Megan Fox knew she was nothing. And couldn’t even fight back.