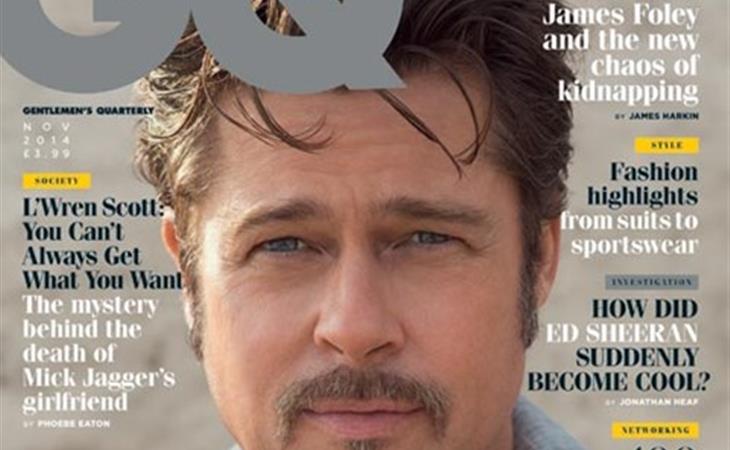 The “unreachable” Brad Pitt…with Shia as his wingman

Brange was not photographed at the Clooney wedding. Some are hoping they were there, just incognito. But you know what? It’s not like they hang out a lot. You see Clooney with Damon, Krasinski, Murray…

Since Oceans, you don’t see him with Brad. Their friendship has been overblown… maybe because of wishful thinking. It’s the celebrity fantasy of seeing two of the most famous men in the world mean the world to each other. It’s why Ben + Matt is still so enduring.

Coincidently, just as everyone was speculating on whether or not Brad would show up for George, he ends up covering British GQ as promotion for the upcoming Fury. This quote then is timely – his response to why George once called him “unreachable”:

"Well, you know, George is extremely accessible. He's one of our best representatives. He's funny as shit.  He's a joy to be around. I guess maybe I'm more of a miserable bastard. [laughs]. I'm a bit of a loner you know?  I'm more quiet by nature.  And coming from, you know, hillbilly country, I'm probably more reserved."

George Clooney loves to party. He’s a legendary partier. And Brad Pitt has never really been about the party. Would you go to a Brange party or a Clooney party? If having fun is your motivation, I highly recommend Clooney.

In the interview, Brad talks about being more selective about his work, “snobby” when it comes to directors, and deliberate about taking a different pace now that he has a family. Also…how about the time he and Shia LaBeouf meangirled Clint Eastwood’s son Scott when they were all filming Fury?

"We were driving down the road, I'm in the turret, Shia is at the other turret, and Scott is on the back, spitting juice. And I'm starting to get pissed off, I'm starting to get hot, because this is our home, he's disrespecting our home, you know? So I said, in the scene with the cameras rolling, 'You're going to clean that sh-t up.' Shia clocks it, and you have to understand, we've been through severe boot camp already, we've been through a lot in this tank. Shia saw it and felt the same - he's disrespecting our home. So Shia had the same reaction I did and started having some words… then I had to get in after the cameras were rolling and explain it to Scotty, you know… The funny thing is, when we got home at the end of the day and read the script, it said Scotty's character is 'chewing tobacco and spitting it on the back of the tank'. He was just doing as instructed in the script! So we were the knobs in the end…"

For all the rumours that Brad and Shia didn’t get along, it actually sounds like Shia was a sidekick, with a big crush on Brad Pitt, the big brother, who has kind words to say about his wingman:

But here’s the quote that will get the tabloids going about divorce…again. When asked whether or not he’s happy:

"I've always believed happiness is overrated, you know? It's those difficult times that inform the next wonderful time, and it's a series of trade-offs, of events, of wins and losses."

Look, I’m not sure you can be married to a woman who’s advocating for the plight of refugees around the world and walk around screaming “I’M SO HAPPY” at the top of your lungs and feel right about it. That’s what I think this answer is about.

Click here for more from Brad Pitt in British GQ. 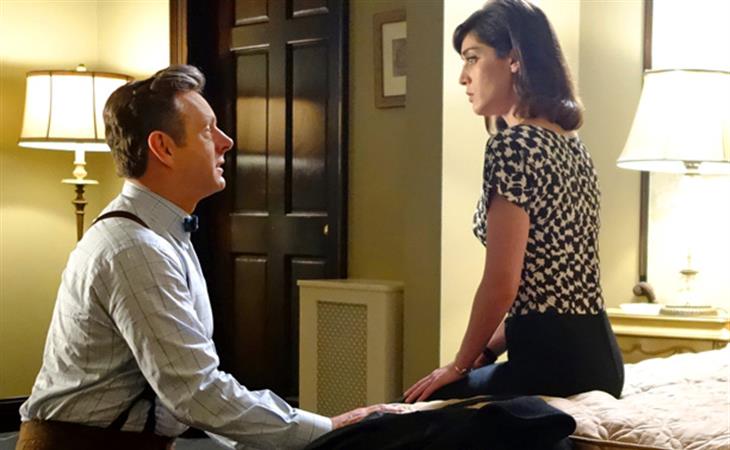 Throw a Brick Through The Window 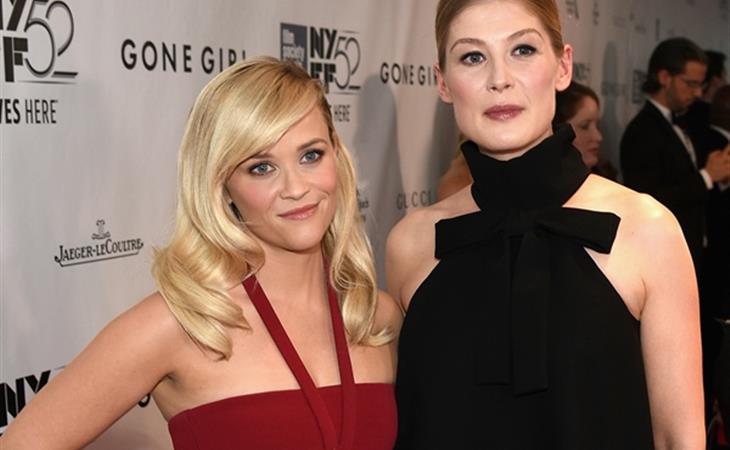 Reese does a backflip