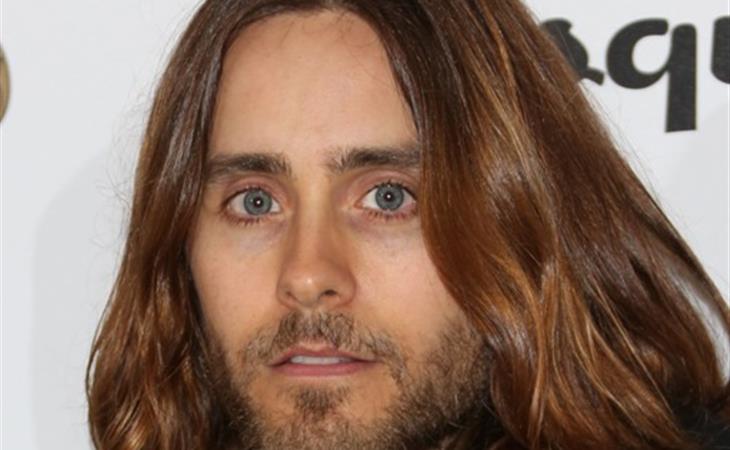 Sarah,
So in light of the new 30 Seconds to Mars video, I'm going to go ahead and ask you to do a career prospectus on Jared Leto. He is the KING of supporting roles, and at times he can be a good B actor. He hasn't had a movie since 2009, and I have a gut feeling his "courage" to get in drag for Dallas Buyers Club will get him a lot of buzz. Also, for a guy whose career in acting has always been on the supporting roles lane, he sure loves indie movies. Is it because no one in the popular scene has the guts give him the leading role? Is he not strong enough of a character to carry a movie on his own? As far as his music goes, it's his main money maker and as long as he looks good and young, girls are going to buy his records. Will he end up being the next Rob Lowe, a guy who started strong but got side tracked by his good looks mixed with a little bit of Iggy Pop, a fit old guy who can't keep his shirt on?

First, I think we need to clarify a couple things. One, Rob Lowe wasn’t sidetracked by his pretty face. He was sidetracked by his addictions and Snow White. Jared Leto has never had problems of either kind. Two, I object to calling anyone who goes four years without releasing a movie the “king” of anything. He doesn’t work enough for that title (unlike, say, Harry Dean Stanton, the real king of character actors). But I do find this an interesting career analysis because Leto has done something almost no one else has—successfully transitioned from actor to musician. And with a plum role in a highly visible piece of award bait, Leto could become as viable an actor as he is a musician, which is a very exclusive club.

I was a little too young to really get My So Called Life as anything other than something the older kids were into, so I know Leto mostly as a guy who starred in two tremendous movies, Fight Club and Requiem for a Dream, and then seemingly disappeared, only to reemerge years later as pseudo-glam rock star. With Dallas Buyers Club looming on the horizon, though, he’s poised to swing back to the acting side of things in a considerably prestigious potential Oscar film. Leto is not the best actor nor is he the best musician, but it’s really rare for someone to manage dual careers of equal success. The only person who leaps immediately to mind is Jamie Foxx. Justin Timberlake is trying but his acting career isn’t yet separate from his musical persona, and Jennifer Lopez was never able to establish a self-sustaining film career, either.

Leto isn’t there yet—he hasn’t appeared in a movie since 2009—but this year is a significant step in that direction. 30 Seconds to Mars’ latest album, released earlier this summer, made the Billboard Top 10, and all eyes are on Dallas Buyers Club for award season. Matthew McConaughey will be the focus of the press related to that movie, but Leto starring as an AIDS-infected transvestite will get some headlines, too. And he isn’t a bad actor, so he could get some positive notice from it and potentially parlay it into more quality roles. But this is also where Leto’s acting career has to be carefully managed. He might be able to front a band, but he is not a leading man on screen.

I call it “Leading Man Syndrome”, and it strikes those actors who have the kind of looks that should get them leading role after leading role, but their talents are actually better suited to supporting character work (the similarly afflicted include Ben Affleck and Orlando Bloom). It isn’t a matter of no one having the guts to cast him, it’s a matter of him not being suited to those kinds of parts. Think about it—all of his best work comes from supporting parts. His starring turns in movies like Prefontaine and Switchback and Chapter 27 are less impressive. Despite his good looks, he’s just more effective as an actor who doesn’t have to drive the story. (I can hear you Pre fans yelling, but that movie wasn’t great, and a lot of it was that Leto couldn’t carry the movie.)

Maybe that’s what drove him to focus on his band over the last several years—he was spinning his wheels with his acting career, so why not put some effort into becoming a rock star? And it worked—30 Seconds to Mars is a successful band. And now that he’s got a revenue stream independent of acting, he can afford to be choosy and only take movies that will add feathers to his cap, like Dallas Buyers Club. It’s also allowed him to move into directing, because everyone also has to be a director now, and it’s there that Leto has had perhaps his best success. His band got into a bitter fight with its label, EMI, and Leto directed a documentary about the making of their previous album, This Is War, and the ensuing fight with EMI. The documentary, Artifact, won the People’s Choice award at last year’s Toronto International Film Festival.

But unless you’re a die-hard fan of Leto, you probably didn’t know he’d directed an award-winning documentary because he did so under the Seussian pseudonym Bartholomew Cubbins. I don’t think Leto is the best at either being an actor or being a musician but he’s good enough at both to forge dual careers. Why then dilute the brand just to be cute? Jared Leto needs to reestablish himself in the film world after stabilizing a viable music career, and making decent movies under a pseudonym is not how that’s done. But taking flashy supporting roles with the potential to steal scenes is, and it will be interesting to see what Leto does should Dallas Buyers Club deliver as expected. 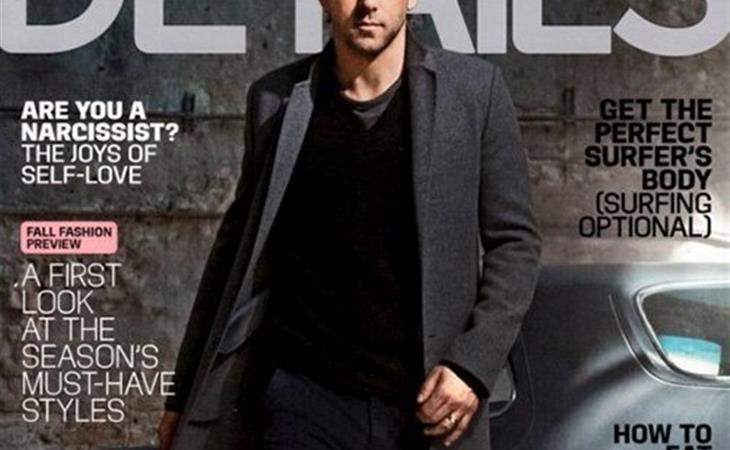