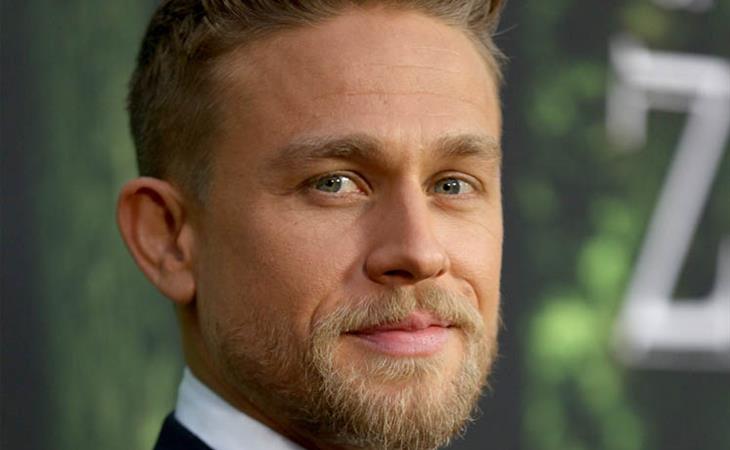 Charlie Hunnam is featured in the new issue of Mr Porter. He’s promoting both The Lost City Of Z and King Arthur: Legend Of The Sword. I learned a couple of things from this interview.

First, Charlie and I are not food-compatible. He and the writer met for breakfast. This is what he ordered and why:

He’ll have the vegetarian breakfast, please, with granary toast and a side of avocado. “I’m not a veggie,” clarifies Mr Hunnam in a soft Geordie accent still evident after 18 years in LA. “But I never see any point in meat at breakfast. I like a bit of smoked salmon, maybe a kipper. But I don’t do any sausages or bacon.”

Charlie Hunnam doesn’t see “any point in meat at breakfast”. That’s a dealbreaker, sorry. Meat at breakfast is totally the point. Imagine going to dimsum and not having any siu mai (steamed pork dumplings). Or pork-stuffed bean curd rolls? Or BBQ pork noodle rolls? This basically just killed any morning after fantasies I’ve ever had about Charlie Hunnam.

Second, Sam and Aaron Taylor-Johnson are his neighbours. He says that he sees them “pretty regularly”. As you know, Sam and Charlie were supposed to work together on Fifty Shades Of Grey until he backed out, allegedly because of “scheduling”. Clearly it didn’t affect their friendship. But that just gave me a new fantasy. Like Charlie and Aaron doing push-ups together. Or playing video games together. Or hiking together. Sam is a photographer. Can’t she make this happen?

Click here to read the full interview with Charlie at Mr Porter and to see the pictures. He is hot as f-ck in these pictures. Also more pictures below of him at The Lost City Of Z premiere last night. It’s really hard to remember that Robert Pattinson is goodlooking when he’s standing next to Charlie Hunnam. 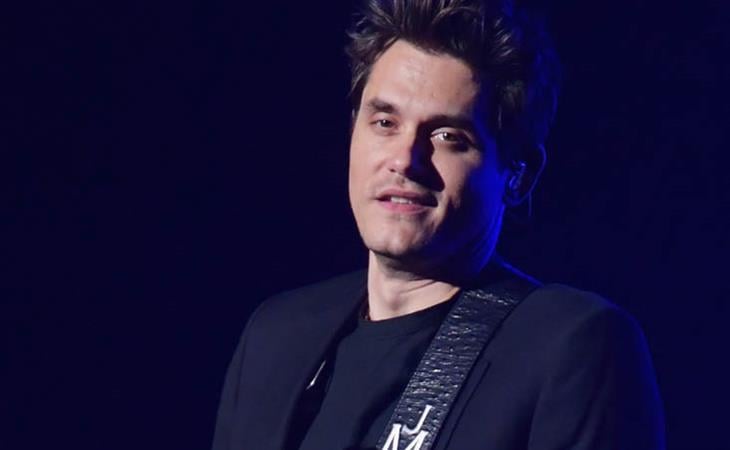 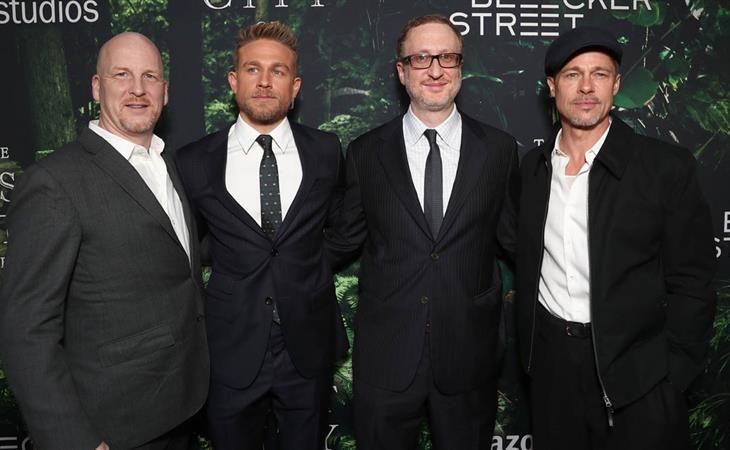