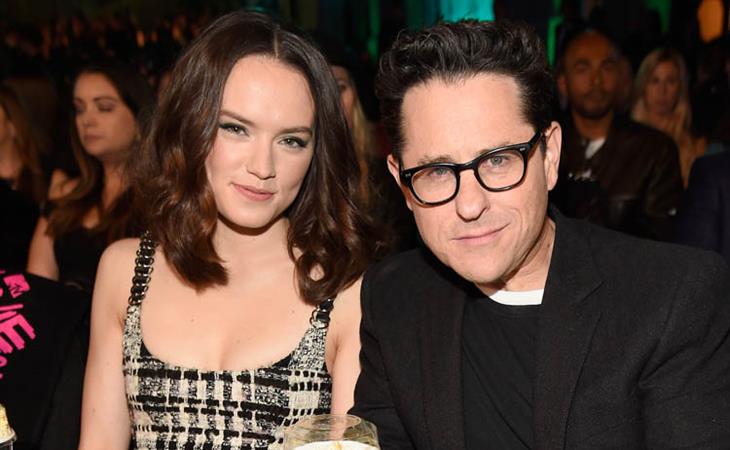 Star Wars: The Force Awakens won Best Movie of 2015 + Deadpool at the MTV Movie Awards last night, which is unsurprising. It’s a popularity contest and that was the biggest movie last year. JJ Abrams and Daisy Ridley, taking a break from shooting Episode VIII, were on hand to collect their golden popcorn. The double standard of dress at this event drives me nuts. A well-dressed dude at the MTV Movie Awards is in jeans and a jacket, while the women turn up in dresses and heels, or whatever the f*ck Halsey was wearing. You get my drift—dudes just have to look like they brushed their teeth, the ladies have to wear proper outfits.

She has to wear it, so it’s basically a uniform, but Ridley’s uniform looks nice. She looks very, very tall, though. Is she very tall? Obviously she has on high heels, but when I wear heels I still look short. Ridley, standing next to Abrams, looks like she might actually be a giant. She didn’t come across this tall in The Force Awakens, but the forty-foot screen has a way of neutralizing height (see also: Cruise, Tom). But now, thanks to TV, I know Daisy Ridley is tall. Or holds herself tall. Which means she’s a confident. As if Rey could get any cooler. 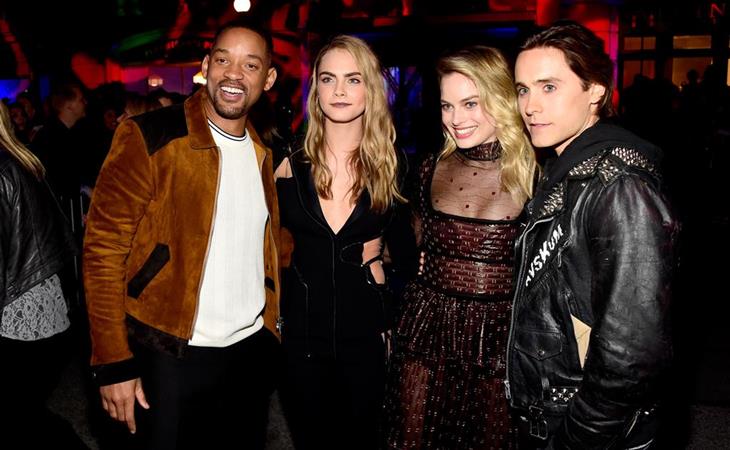 Suicide Squad is all-in on the fun 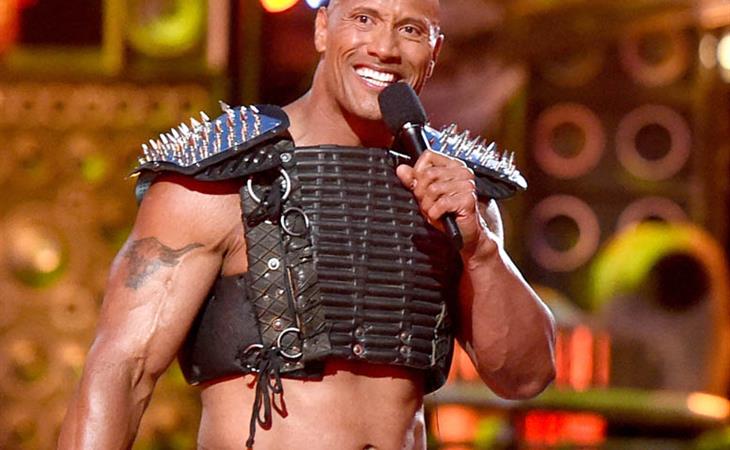