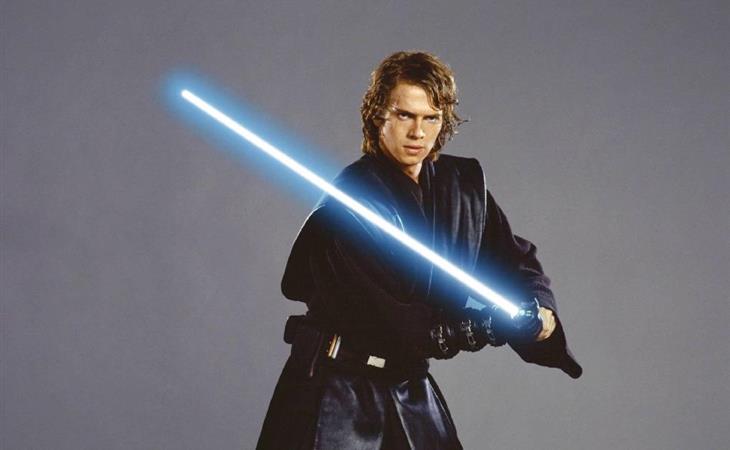 Long-time victim of serial creator abuse, Star Wars, the plucky and beloved hero of generations of moviegoers, is reported to be in serious but stable condition at Disney Pictures in Burbank, California after Disney boss Bob Iger announced that, after being informed of the extent of abuse occurring at George Lucas’s remote Skywalker Ranch, he has successfully managed to break Star Wars away from the cycle of victimization and degradation it has suffered over the years at Lucas’s hands.

“No longer will Star Wars have to live in fear of its own creator editing it into an increasingly sillier, progressively worse franchise,” Iger said from outside the room where Star Wars was reported to be resting comfortably. “We gave Lucas over four billion dollars to go away,” he continued. “Star Wars is now in the protective custody of new LucasFilm president Kathleen Kennedy. She produced Who Framed Roger Rabbit? you know.”

LucasFilm employees, long terrorized into silence through cruel measures such as being forced to watch as Lucas turned Darth Vader into a whining emo cutter, are said to be relieved and excited to be moving into a new, less childhood-murdering phase of their careers as they follow Star Wars to Disney.

“We’re all just glad that Star Wars was finally able to get away from Lucas,” one employee said as he methodically destroyed the collection of Jar Jar Binks figurines he was made to display in his office. “There were days when we didn’t think Star Wars would be able to take any more and would just give out under the strain of never being good enough for George.”

Star Wars suffered years of abuse under Lucas and was found at the time of yesterday’s daring, surprise raid by Disney curled up in a closet, rocking and chanting, “I hate sand,” to itself over and over again. “It was a heartbreaking scene,” Disney studio boss Alan Horn, who will be overseeing the rehabilitation of Star Wars, said. “For a minute there, I didn’t think Star Wars was going to make it. It was nearly unrecognizable under all the layers of bruising and ‘creative re-imaginings’.”

Industry analysts are hopeful that Star Wars will make a full recovery and will once again be a productive member of the American film cannon. “The best thing for Star Wars now is to focus on readying Episode VII for 2015, and try to forget the events of the last fifteen years,” said one such analyst. Quieter, he added, “I don’t know that any of us can truly forget the horrors of the prequel trilogy, though.”

Indeed, with the goal of introducing a new trilogy in 2015, Disney is working to bring Star Wars the kind of long-lasting love and respect Lucas so cruelly denied it. Fans anxiously await word of Star Wars’ future, but for now the only details released are that Disney has a treatment plan for Star Wars, and is confident that with new blood at the helm, the venerable franchise—one of the most important flagships in cinema—will at long last be treated as the keystone property it is, and not as Lucas’s personal repository for Every Bad Idea Ever.

“We’re confident that fans will approve of our treatment of Star Wars,” Iger said as he shredded posters left over from the event Lucas called the “Revenge of the Sith premiere” but which the rest of the world refers to as “the night Lucas terrorized Star Wars into submission”. “We love Star Wars deeply and are here to let it know that it is safe with us, that it will never again have to suffer the indignity of CGI ‘improvements’ committed solely for the purpose of wringing more money from hard-working fans.”

While some may view Disney’s buyout of LucasFilm as a selling out on Lucas’s part, it is important to remember that Lucas is the man who has spent fifteen years pissing on one of the greatest cinematic legacies ever created, and that Star Wars is much better off in the hands of the company that had the sense to let The Avengers roam free, able to breed its many franchise babies in peace and without the interference of insufferable know-it-all producers who loathe their own fans. Truly, this is a great day for Star Wars and its fans, as the franchise, so long abused and mistreated by the one who should have loved it the most, can recover and rejoin society as a productive revenue stream.

“We’re just so happy to have Star Wars away from that monster,” Kennedy said, erasing every incident of the name “Jake Lloyd” from the LucasFilm databases. “If only we could have done the same for Indiana Jones.”

The whereabouts of Indiana Jones remain unknown after it was brutally victimized in the jungles of South America. Disney fears the worst, though, as they were unable to include the popular action-adventure series in their deal with LucasFilm. “Indiana may never recover,” another LucasFilm employee stated. “Lucas really went to town on it, you know? I mean…crystal alien skulls? Shia LaBeouf? It was…a living nightmare.”

Star Wars is not expected to appear in public for approximately a year while it recuperates, but casting for Episode VII is sure to be competitive and fan speculation rampant. “Star Wars thrives on internet rumor,” Iger said. “We’ll do our best to feed a three-year melee in order to help Star Wars learn to love itself again.”

(Lainey -- PS. Gawker is already speculating that Taylor Lautner will be the new Hans Solo. Help us. Please Help Us.)

Taylor Swift gave up on Camelot?