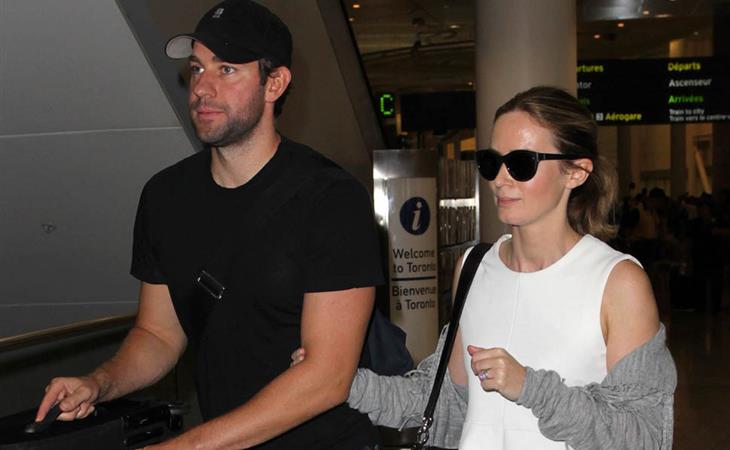 Emily Blunt landed in Toronto last night, with her husband John Krasinski. She's in town for TIFF, and the North American premiere of her film Sicario - it's not a surprise at all that John is with her. They're not shy about hitting carpets together, having done so in TIFFs past, like at the world premiere of Looper with JGL back in 2012.

Except, this is more than just a premiere. John sat out at Cannes, where Sicario first premiered and Emily started to earn raves for her role as Kate - a hesitant FBI operative who wants nothing more than to be included in the drug war boys club. She wants to go Juarez, but she's not necessarily tough enough to keep up with the likes of Josh Brolin's character, or the always elusive Benicio del Toro… whose motives are constantly in question.

In other words, this is Emily's Oscar opportunity. And she's amazing in the role. When she shakes, you quiver. Lainey and I saw the screening together. Afterwards, I sent an email to our etalk boss Morley Nirenberg equating Emily's performance to Jessica Chastain in Zero Dark Thirty. While Jessica had the ferocity and tenacity of somebody who would pound (and write!) on windows to be heard, Emily’s strength is quieter. She wants in, but is she ready for battle? Is she ready to wash blood off herself in the shower and see just who the power players are in the drug trade?

John showing face means Emily's ready to start campaigning for Oscar, and he'll be a part of that. Also a part of that? Her close friend Matt Damon. He's premiering a movie, The Martian, at TIFF tonight too. And rumour has it some other Ocean's Eleven co-stars may show up to the same after-party as Emily. The Leatherheads bond is strong and Emily's campaign could be even stronger.

But back to Sicario, which means hitman in Spanish. Denis Villeneuve, of Prisoners, Incendies and Enemy directs using his claustrophobic action packed style. You feel like you can't breathe when Emily takes a breath. And when she gets attacked (which is in the trailer), well you pray she's tough enough to take it even though she doesn't believe she can. This is one whose will is stronger than her self-belief, but that's what makes her human. She's an FBI Katniss ... before she volunteers. You wait and you watch for her to discover the truth, even as she tackles one surprising bloody mess after another. Brolin is back with all of his wisecracks, and the movie presents a return to form for Benicio too. He and Emily acted opposite each other in The Wolfman all those years ago. This time their characters have a very different relationship, one built on fear and cloudy expectations.

Sicario is a must-see and is, without a doubt, one of the most intense, well-acted and well-directed films of the festival. Expect big things from this one, and for Emily. It's a very different badass side of her, far from Edge of Tomorrow or Looper.

Her director Denis had to fight to cast her in the role. They wanted a man. But, in its heart, this is a real movie with a Strong Female Lead, not like the ones who get lumped into that category on Netflix. Only Emily could play this part and I'll be seeing her on the red carpet tonight. Will keep you posted. 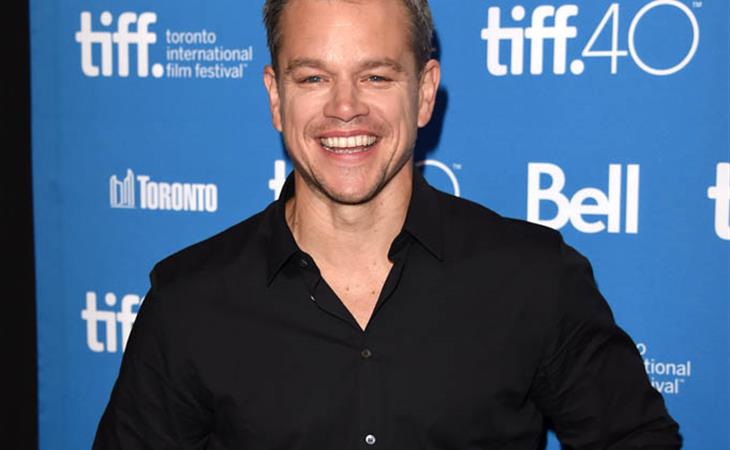 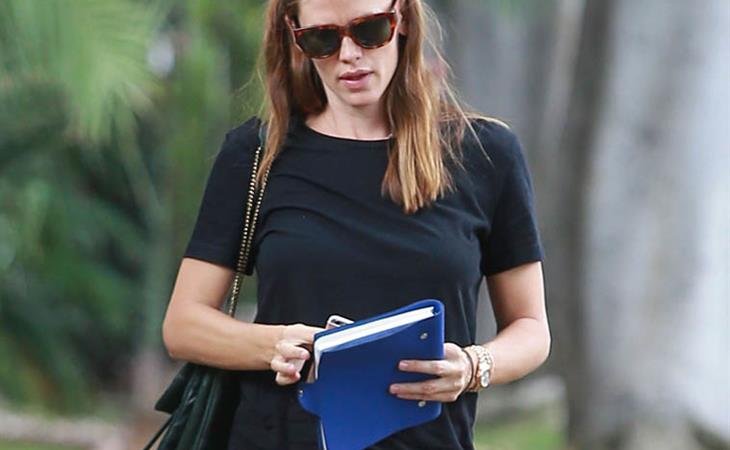