I missed Tom Hiddleston’s other film at TIFF, High Rise, but I remember hearing reactions from people who saw it and they were wildly divided. People either LOVED it, or HATED it, with very little in between, which is par for the course with director Ben Wheatley. Wheatley doesn’t make very accessible films, and J.G. Ballard’s novel on which the movie is based is a head trip, too. I’m super curious to see this movie, but I’m also curious to see how Hiddleston’s Loki-loving fanbase reacts to this movie. I think a lot of people are going to pretend to like it when they actually hate it. Wheatley doesn’t make movies for you to enjoy, he makes movies to f*ck with you. I’ve yet to see a movie of his that I didn’t have a visceral reaction to, good or bad. He’s like Nicolas Winding Refn that way.

The trailer is done in the style of a real estate commercial, with Hiddleston narrating an ad for “the high rise”, a luxury apartment building that’s almost a completely self-contained environment. We get glimpses of Jeremy Irons, Sienna Miller, and Luke Evans, but most of the trailer is of Hiddleston enjoying the many luxuries within the high rise. There’s no plot, but there is a creeping sense of dread, as images from the film don’t jive with the positive copy of the ad. We see Hiddleston, as Dr. Robert Laing, stuck in an elevator, a quick cut of maybe someone drowning and/or having sex, and Laing with suspicious red smudges on his collar.

It’s eerie and mysterious, and the seventies-era production design is slick and a nice nod to Ballard’s novel. Wheatley’s movies are too trippy to judge off one trailer, but High Rise is doing a good job of selling dread and paranoia. It’s impossible to guess how you’ll react to a Wheatley movie, but so far I like what I’m seeing, and we haven’t even gotten to the weird sex stuff yet. 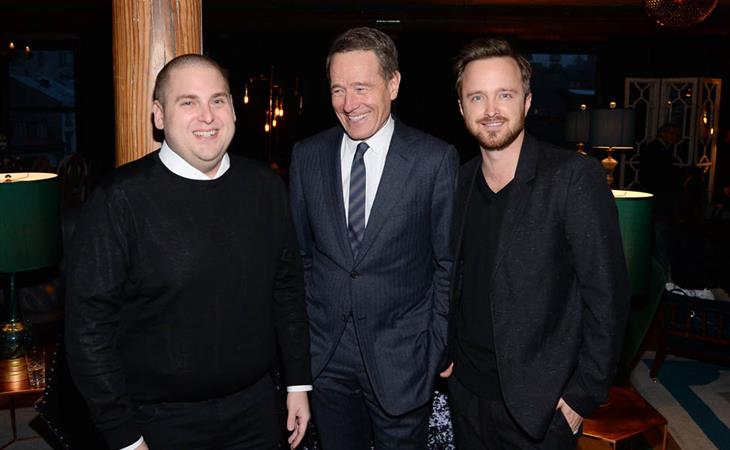