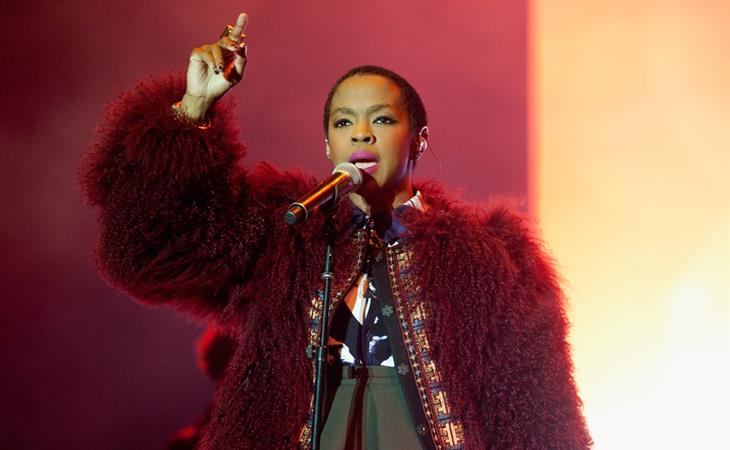 Before I write anything about Lauryn Hill, I have to disclose that she means so much to me. She is my favourite artist of all time. To me, her music is healing. Literally. I listen to her when I’m sad and/or sniffling. She is my Buckley’s. The way I feel about Ms. Hill is not unique. I know this. The Miseducation of Lauryn Hill means a lot to a lot of people. It means a lot to Duana. To Lainey. To Sasha. It most likely also means something to every black girl who grew up with Lauryn’s voice in her head telling her to “develop a negative into a positive picture,” or that even if you were just a little girl with skinny legs and a press and curl, someday you too could be a star.

Last year, Lainey linked to a piece in the Atlantic I sent her called The Radical Power of Killing Me Softly. It posited that Lauryn Hill was, “an archetype of #BlackGirlMagic before the idea had a name and a movement.” All of the yes to that statement.

I’m disclosing my bias towards Ms. Hill because I’m about to defend her for being 3 hours late to her concert in Pittsburgh on Tuesday night. For most artists, this act would be indefensible. Lauryn Hill is not most artists. Maybe it is my bias talking but there are certain things you sacrifice when you are a Lauryn Hill fan who chooses to see her live. The main thing you sacrifice is your time. I have bought tickets to every Ms. Hill show in Toronto for the last 15 years and I’ve seen her in Brooklyn twice. More than half of the times I have seen her, Ms. Hill has been late. I should swap that to say, Lauryn Hill has only been punctual maybe 3 of the times I’ve seen her live. She is f-cking always late. WE KNOW THIS. When she’s on time (as in, only 30 minutes to an hour late), I am pleasantly surprised.

So, on Tuesday night, when Lauryn was late and fans were going OFF on Twitter, my only question for them was, WHAT WERE YOU EXPECTING? I should note that Ms. Hill tweeted a message to her fans in Pittsburgh with an excuse of cancelled flights and basically blaming the promoter.

To my fans in Pittsburgh: pic.twitter.com/uex4awMM2R


I mean, even if this is actually true, no one is going to believe her because of how many times she’s done this in the past. At this point, excuses are unnecessary.

I’m going to get to some of my favourite Black Twitter reactions to Ms. Hill’s tardiness but first, let me say this: if you are getting to see the legendary L. Boogie live, you should just be grateful. The last time I saw her was in September and she was the best she’s ever been. I’m pretty sure I cried more than once. She was everything. Sure, it’s extremely unprofessional to show up hours late for your job. If this was Katy Perry or Justin Bieber, I would probably be dragging them. But a Lauryn Hill show isn’t pre-set pyrotechnics or lip-syncing and choreography. She’s literally directing her band and making up melodies as she goes. Sometimes, this can come off as erratic or messy. Sometimes, it’s magic. Listen, I understand if you don’t want to play Ms. Hill roulette and see if the concert you buy tickets for is the time she actually shows up at a decent hour but if you aren’t prepared for that, don’t buy a ticket at all. Plus, it’s not like Lauryn hasn’t warned us. Remember when she posted a lengthy explanation for her lateness on Facebook? She blamed it on her inability to, “align [her] energy with the time.”


That is the most amazingly Lauryn Hill answer. Why are we trying to change her? My eldest brother Kwame used to have a similar, “time is just a construct of The Man,” attitude and yeah, it was f-cking annoying and selfish but the people who loved him and wanted to hang out with him adjusted. We told him Thanksgiving dinner was at 4pm when it was actually at 6. True story. He was still late.

Maybe paying consumers shouldn’t have to adjust to an artist’s daily chi but when that artist has told you over and over again that she DGAF if she’s on time or not, who’s the fool for expecting she will?

Now, without further ado, let me turn it over to Black Twitter for some of the tweets about Ms. Hill’s habitual lateness that made me laugh out loud.

"Yo you going to that Lauryn Hill concert tonight?"

"i'll be on stage in 10 minutes, just hype the crowd up." -Lauryn Hill pic.twitter.com/oL7QJzKdYj Beyoncé and all her friends