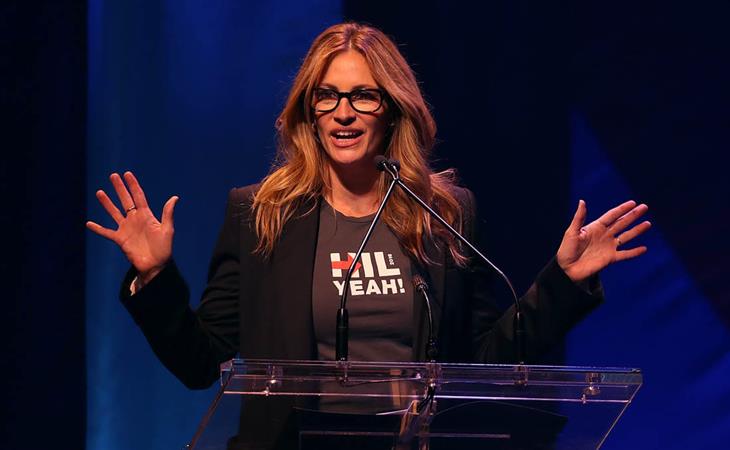 There was a fundraiser for Hillary Clinton last night on Broadway. “Stronger Together” was livestreamed and featured performances by Broadway veterans and Hollywood movie stars, including one of the biggest movie stars, Julia Roberts. Video from the event has been hard to find. But most of the coverage from the show features details about how Julia was Full Julia, as in Super Extra Julia, which, as you know, Neutral Julia is already dialed up to high by any standard but Super Extra Julia means that she boasted about her t-shirt (Hil-YEAH), made it seem like she was the only one wearing the t-shirt, and said “f-ck” a lot, joking that she wanted donations every time she dropped a “f-ck”.

Julia Roberts being hilarious and off-the-cuff at #BroadwayForHillary: "I was gonna sing what Hugh Jackman sang, but he f---ed that up." pic.twitter.com/su0FEucgYR


I see what you did there, Super Extra Julia. It’s a swear jar, right? Julia, always sanctimonious, and she should never change, is a mom who only swears for a good cause, OK? Somehow, somewhere, Julia Roberts, who was once the messiest and the most dramatic, became Hollywood’s know-it-all big sister. Just look at this photo of Lena Dunham leaning on her: 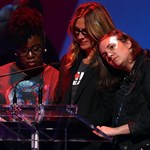 That used to be Julia. She’d be the one with her head on Sally Field’s shoulder. How did this happen? 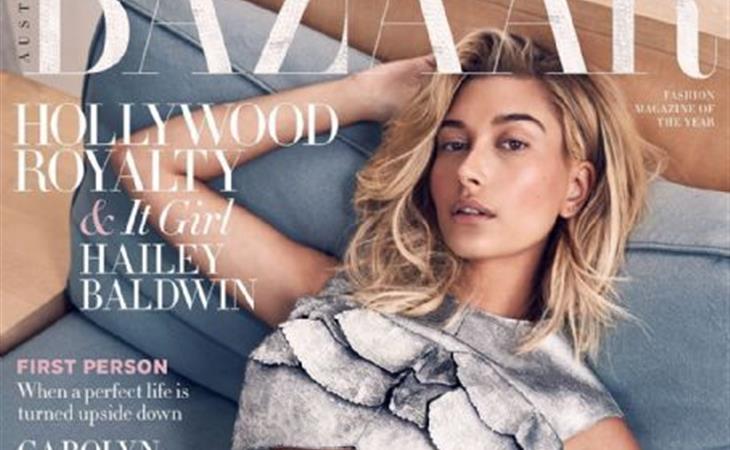