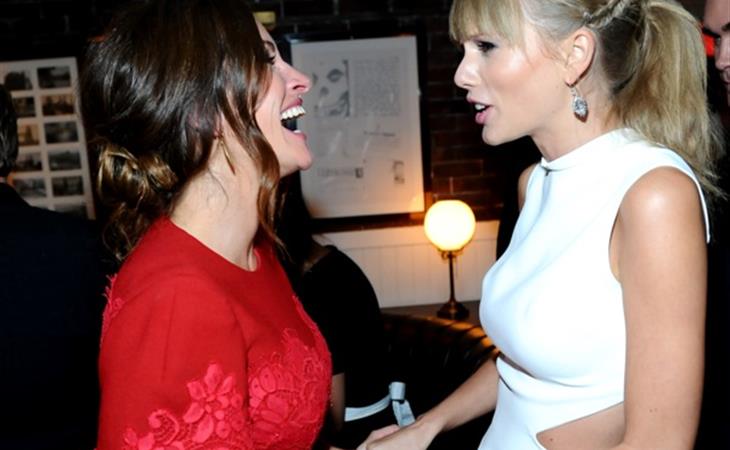 As mentioned in today’s open, Meryl Streep cancelled last minute due to illness. Which meant that Julia didn’t have to share. We lose for missing Meryl. We win when it’s All About Julia.

But look at her.

That’s a Movie Star. You are tired of me saying it, but she is a Movie Star. She has all the required elements of a Movie Star – those sparkling eyes, that wide perfect smile, and a big personality. Huge! It was classic Julia on the carpet last night. She was sassy, she was quippy, and when she was asked to compare her own mother to Meryl’s character in the film, she told reporters on live television:

“My mother isn’t a drunken bitch.”

And she continued to be at the after-party, flanked by Ewan McGregor and Dermot Mulroney – the moment I wake up, before I put on my makeup – Julia reigned over Grey Goose Soho House. And even Taylor Swift.

When Julia met Taylor is a Harvey Weinstein production. Taylor was in a booth, talking to a cute mystery boy, when Weinstein interrupted to introduce her to Julia. Julia was gracious and obliging. Taylor was totally Twi-Harding. They hugged. They laughed. They were TALL. Then Julia decided it was enough. She went back to her people and Taylor ordered a glass of wine and resumed booth-ing with cute mystery boy.

As for August: Osage County – good reviews and praise, in particular, naturally, for Meryl, but definitely not as rapturous as they were for 12 Years A Slave. Still, the critics are not the Academy. And this is the kind of movie the Academy can’t resist, especially when anchored by the kind of performances that Meryl and Julie are throwing down. But…there’s been a campaign strategy change with respect to the acting categories. You’re going to love it. Next article, coming up. 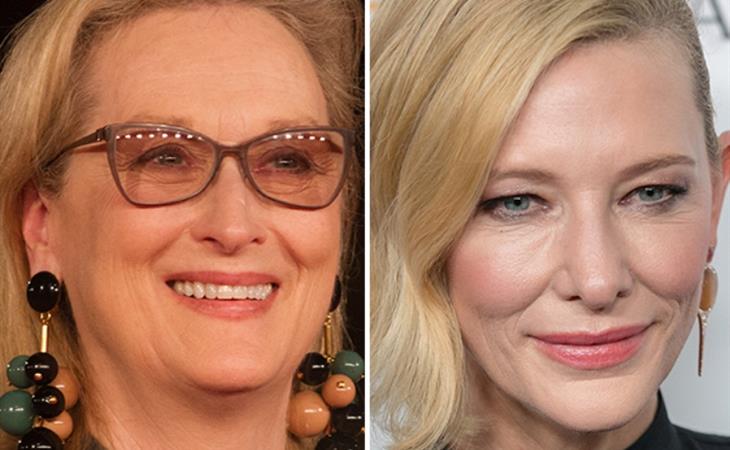