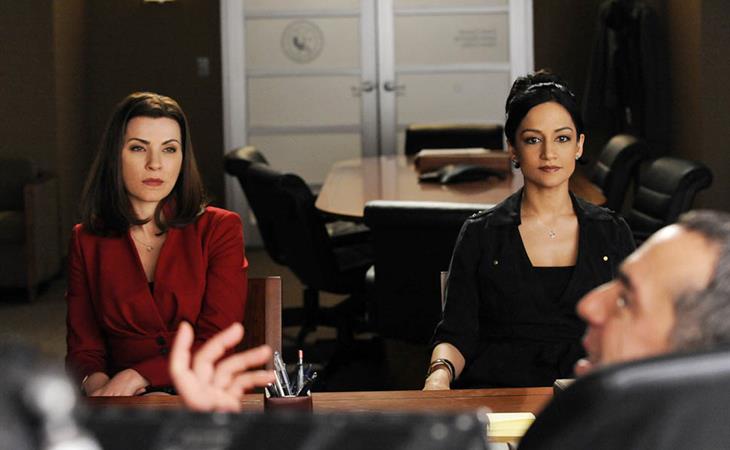 So The Good Wife, right? In case you didn’t know: the Alicia and Kalinda characters, played by Julianna Margulies and Archie Panjabi, used to be friends. Viewers loved the friendship, not least because it was nice to see women at work who were friends instead of rivals.

Then the characters had a fight. Bad one. And then, you know, because it’s TV…

…they didn’t appear in an episode together for almost 60 episodes. When the characters had to speak, they spoke on the phone. They invented reasons for Alicia and Kalinda not to be in the same room, or on the same cases. They even hired a new investigator (Kalinda’s job) at the firm where Alicia worked so that she could sometimes talk to an investigator who was in the same room.

The animosity existed between the characters, and that’s fine. That’s story. But they never exacerbated the tension by putting them in the same room. By locking them in an elevator. To never be in the same room again spoke to a rift between the actresses. A big one. They were variously asked about it over the years, but deferred to the producers or the story or whatever. Unsatisfyingly.

And then the season six finale was advertised as ‘Kalinda and Alicia back together, for one final scene’. Archie Panjabi is leaving the show, so it was now or never.

Apparently, it was never. Because the scene does indeed feature both of them, talking to one another – but it’s clearly been edited to appear that they’re together. The characters never touch, the lighting and eyelines were off, and there is a continuity error that I cannot imagine an actress as experienced as Margulies making. Late Friday night, TV critic Michael Ausiello said he had received confirmation that the scene was shot separately and spliced. Poorly, I might add. I don’t care that much about the forensics of it, except that if they couldn’t get it to look right, it’s because they didn’t have enough time. What I care about is the why.

I’ve done my fair share of snooping on this, and everyone agrees the actresses do not like each other. What nobody has any sign of is exactly what happened. This is notable because in this kind of situation, there’s an entire crew of witnesses. The truth usually leaks out four or five ways. But here, nobody seems to know.

There are two sides to every story, but I just want to present a few facts here:

Archie Panjabi is leaving the show at the end of six years, a standard TV contract. There are exceptions to every rule, but generally, an actor is signed for six years.  When they leave after that, it’s because they want to do so and are contractually free. If Panjabi was a problem, or not pulling her weight, or not great on the show, she would have been fired in year two or three.

Julianna Margulies is The Good Wife. You don’t have a show without her, and CBS needs this show – one that continues to be mentioned as the ‘good’ network show in the same breath with all the prestige dramas on cable. CBS is inclined to back her up. They have to keep her happy.

So if she said she wouldn’t do scenes with Panjabi, they’d back her up. And she’d need them to, because if she said it to the showrunners, they would likely have laughed her out of the office. Everyone works with people they don’t like, or that they’ve slept with, or that they’ve been married to. Both Margulies and Panjabi are extremely, extremely, millions-per-year well paid to suck it up. So Margulies would have to have the network on side to have gotten to never have to be in the room with Panjabi again.

But again, CBS didn’t fire Panjabi. Audiences loved the Kalinda character. So instead, she hung around for years, having increasingly tangential storylines. If she’d misbehaved, she wouldn’t still be there.

So…who do you think has the problem with whom? 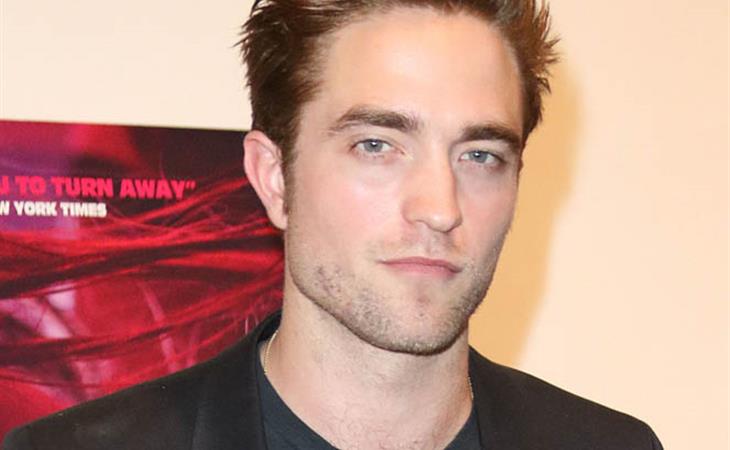 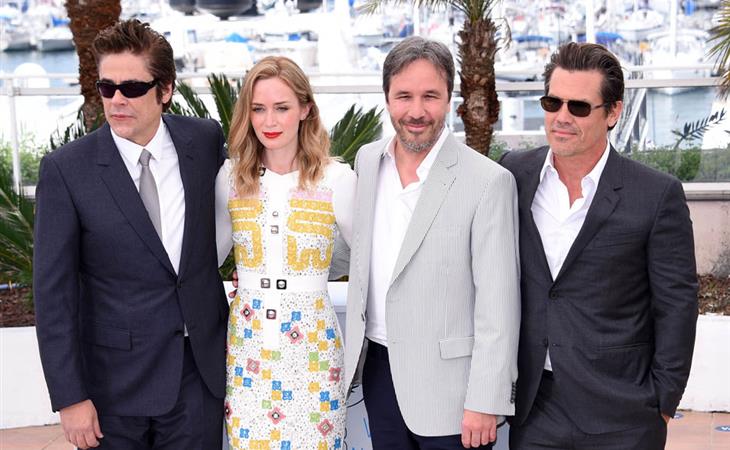