As you know, Justin performed at a pre-Super Bowl concert on Saturday night in New Orleans. Click here to see photos. Here’s how he introduced Cry Me A River, paraphrased:

“Sometimes in life, you think you found the one. But then one day you find out that she is just some bitch."

When was the last time you watched the video?

He was kinda sexy back then, right? I felt it. Men normally get more attractive as they age. Justin Timberlake is getting less and less attractive as he ages.

Anyway, in response to the speculation that the “bitch” had to have been Britney, JT tweeted a denial yesterday which, well, as usual, only made it worse: 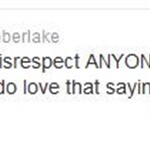 Ok. I see you. Wouldn't disrespect ANYONE personally. Ever. #Relax #ItsBritneyBitch I do love that saying though*with accent* #Respect

What exactly does “wouldn’t disrespect anyone personally” mean? When is it never not personal? It’s only not personal when a pipsqueak is trying to jam words together nonsensically because, to him, it sounds good.

And stop using her to help you sell records, loser. God I wish she was sharp enough to be able to call him out on his sh-t. Like, get over me already. You’re married, you jumped on your wife’s head on the cover of PEOPLE, isn’t it time you moved on?

Because it’s Grammy Week, here are Britney and Justin at Clive Davis’s pre-Grammy party in 2002. Photo Assumption: he has never looked as happy with a girl as he did then.

Keira Knightley, Above Things and Royalty

The worst season for bad hair