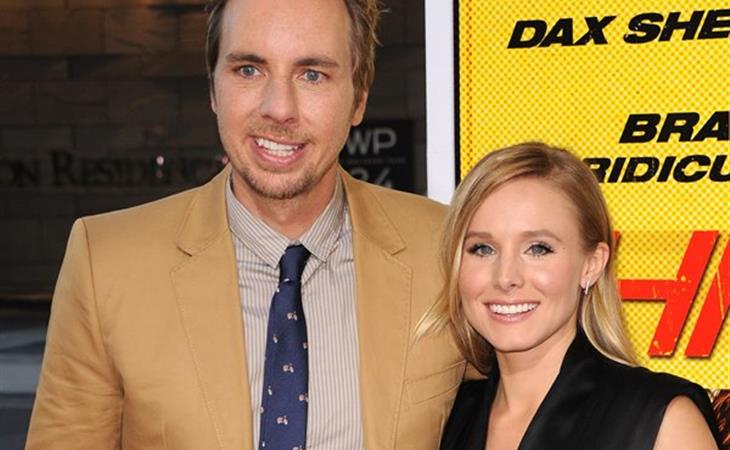 The Price of Mom Pimping

When it comes to celebrity culture, 99% of celebrities will tell you what a scourge the paparazzi are – how they just can’t stand the attention and they want to go shopping at The Grove in peace, ok?

This is what they say, but it’s not hard to spot signs of collusion. Perfectly done hair/makeup on a grocery run, an uptick in photos during a promotion or campaign, a coffee run to announce a new coupling. We see it, and we’ve learned to read the signs.

But when it comes to celebrity children, we are more reticent to believe that the photos are set-up. Yet there has been a marked increase in celebrity mommy culture over the last 5-10 years – and supply has increased just as swiftly as demand. Add in social media and they can completely control the visuals. It’s advanced cherry picking – please don’t talk about me or look at me until I want you to talk about me and admire my children.

Kristen Bell and Dax Shepard, parents to Lincoln Bell, went on Twitter yesterday to call for a boycott of tabloids that buy photos of the children of celebrities. Duana might want to look away for this part, but let’s just say I don’t have a Kristen Bell blind spot. I’ve never seen Veronica Mars. As for Dax, Parenthood is my hate watch. (The Bravermans are a smug family.) So I’m not interested in them as actors, as a couple or as parents, but obviously they have a lot of fans – and they are both quite active on Twitter.

I empathize with their frustration. There’s a sweaty guy yelling at you and your kid walking down the street. It must be scary and creepy and invasive – I don’t blame them for wanting to protect their daughter and for wanting it to stop.  It’s their tactic that I find disingenuous.

If it were simply a question of demand, there would be a lot more Maddox & Co. and a lot less photos of Tori Spelling’s kids. It’s demand and access – photos that are easily secured and will sell to weeklies – that flood magazines and blogs.

For the most part, the “smaller” the star, the more we see of their kids. And you know for whom that probably sucks most? B and C-list parents who live in LA, who don’t have the means to go “underground” when they want to (like Brange can) and don’t have the power to point out that there is a level of cooperation between some celebrities and photo agencies. I’m not saying they need to name names, but there has to be some awareness and acknowledgement of what is really going on.

Yes, those photographers are there because they can sell the pictures to magazines. They’re also there because sometimes celebrity parents want their children photographed. Calling out the media is much easier than saying, “Hey Celebrity Mom X, how about not alerting the paparazzi of your trip to the pumpkin patch?” But celebrity parents never call one another out – it’s always blame the photographers, blame the people that look at the photos, blame the culture. Never acknowledge what’s going on behind the curtain, because it’s not a flattering narrative.

Dax and Kristen want us to stop buying magazines, with Dax tweeting for a boycott on Star, US Weekly, PEOPLE and InTouch. For them, boycotting Star and InTouch is pretty easy; they aren’t respectable go-to magazines, even for TV stars. Those are for bottom-of-the-barrel reality show “exclusives” and, for the most part, inaccurate reporting.

US Weekly and PEOPLE are different. US is still a tabloid, but in the last few years it has become a sanctioned tool for publicists, and PEOPLE, well, it’s as celebrity-friendly as a magazine can be. It’s also the go-to when celebrities want to sell or debut their baby photos. Jessica Alba, Jessica Simpson (for Maxwell), Drew Barrymore, Christina Applegate, Nicole Richie, Katherine Heigl, Alec Baldwin, and Jennifer Lopez are just a few who have played.

They all have their reasons – for some it’s straight-up money and for others it is to lessen the intensity of the paparazzi attention. But when celebrity parents ring up PEOPLE (and, to a lesser extent, US WEEKLY) for a quick hit of cash and an exclusive cover, where does the voyeurism, as Kristen Bell puts it, begin and end? If Drew Barrymore decides to sell photos of her second child, should we boycott PEOPLE? Or does having Drew’s consent lessen the invasion? And when a baby does make the cover, everyone involved, including the parents, wants it to sell. It’s a coordinated photoshoot with lighting and make-up and wardrobe, as carefully orchestrated as any other magazine cover. And sometimes the relationship between the celeb’s team and the magazine extends far beyond that one cover – but no one wants to talk about that.

If celebrities like Kristen and Jennifer Garner and Halle Berry truly wanted to stem the tide, they could start with asking their colleagues to stop posing for paid covers with their newborns. Wouldn’t that be more effective than trying to change the behavior of millions of blog and magazine readers?

But Dax and Kristen have taken a stand for “the children,” and they have to find a way to make it count for something. If an outlet loses access to Brange or George Clooney or Sandra Bullock, it would be a major issue. But losing access to Kristen Bell and Dax Shepard has very little impact. And considering the way they announced their boycott – Twitter– well, it’s a bit high handed and reactive.

What happens when Kristen has to promote Veronica Mars – is she not going to speak to any magazine that runs photos of celebrity kids? What if PEOPLE decides to do a story on Parenthood – is Dax going to object, even though he is part of a large ensemble cast? (A cast that includes young kids, I might add, which some would argue is more exploitative than a long lens photo.)

If they don’t ever want me (or you) to see a picture of their daughter, I’m totally fine with that. I will also opt out of watching her talk about pregnancy sex on Conan. Because I don’t want to know about that, either.

Click here to listen to Kristen Bell talking about pregnancy sex on Conan. 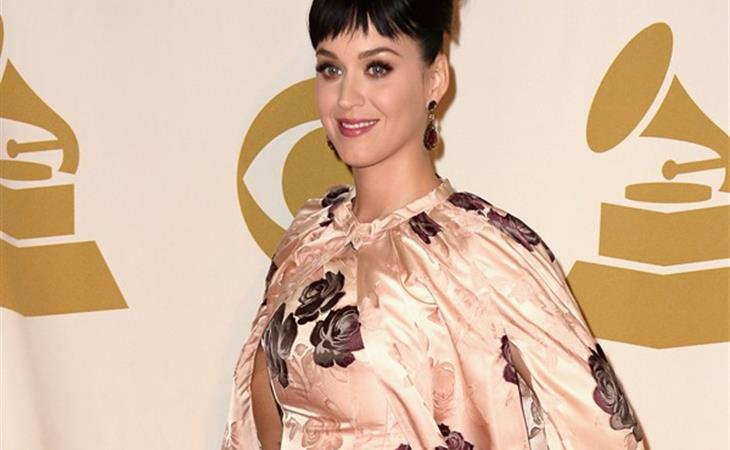