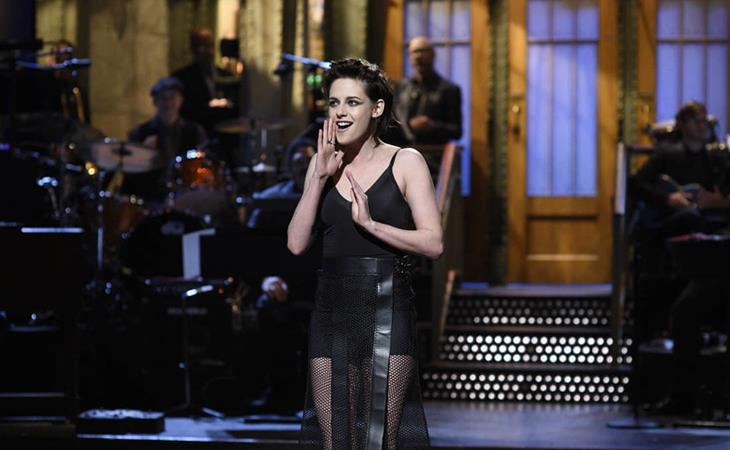 Kristen Stewart is “so gay”

When it was announced a few weeks ago that Kristen Stewart would be hosting Saturday Night Live, I wrote that I was excited, excited because I thought she was ready, ready to claim all that’s been said about her over the last decade, and laugh at her public persona, and then “swing the conversation in a new direction”. I also wrote that I couldn’t wait for her to make me laugh. She did. And she did.

The Kristen Stewart episode was one of the strongest this season. Sure, much of that has to do with Melissa McCarthy (we’ll get to that next) but it started off beautifully with Kristen’s monologue, during which she not only mocked Donald Trump’s obsession with her love life but also shrugged off the past scandal of her love life, reading out the old texts in which he called her a cheater, called her a dog, revisiting perhaps the most controversial episode of her career in the most cavalier way possible. Remember, this is a girl who felt compelled to release a devastatingly public apology for a private indiscretion – and now she’s standing on stage at Studio 8H not only not giving a sh-t that you know that she cheated on her former boyfriend but, oh yeah, she’s “so gay”. I mean, the internet knows she’s gay, but it’s the first time she’s made the declaration and although the line is delivered almost as an aside, the effect is that of a shout. Kristen Stewart stood on a box and shouted it out: “I’m so gay, dude”.

Then, a few minutes later, she doubled down on her gayness in the Totinos sketch. And all of this is radical on so many levels. Kristen Stewart is a top-tier actress. For a celebrity in her position, and one whose early fanbase was largely built around a heterosexual fairy tale, this statement is personal and it’s political. An openly gay woman can be one of the world’s biggest movie stars. While doing so, she can also challenge the expectations placed on women – to be sexual but only for men, to be faithful even when men are often absolved for their infidelity, to be interested in more than just making sure the men are tended to on the most MAN day of the year.

No doubt, Kristen was strongest in the monologue and in the pre-filmed pieces. In live sketches, to me it seemed as though her timing was just slightly off, especially when she was playing a college student at the dry night. That’s when those trademark Kristen Stewart mannerisms become obvious. But it was also her first time. And she’s not known for live performance. So I wonder if that will improve on her second visit. That is, if there is a second visit. Yes, Lorne Michaels was probably annoyed by the cuss at the end of her monologue. Annoyed enough to ban her forever, as she was predicting? Well, it’s not like we’re dealing with an Adrien Brody situation here. Kristen’s gaffe came from her pure enthusiasm – she’d just declared on Saturday Night Live that she’s “so gay”. She went for Donald Trump. She came to show who she is now. There was relief and euphoria in that moment. Which is why, for me anyway, it was more charming than anything else… although, to be fair, I love the swears. There are worse things you can do than swear. I’m not convinced that Lorne Michaels isn’t inviting her back.

Also attached- Kristen at the SNL after party with Stella Maxwell. 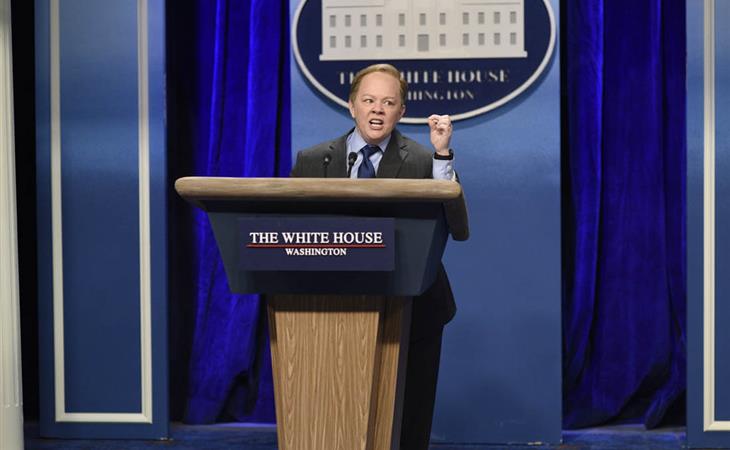