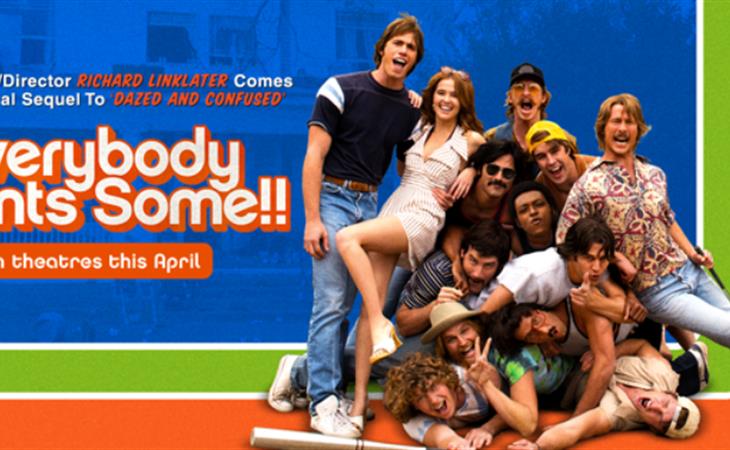 If I could ask Richard Linklater one question, it would be: Why two exclamation points? Not one, not three—two. That’s weirdly specific, and Linklater is a filmmaker of deliberate choices, so I’d like to know why two exclamation points? The curiously punctuated Everybody Wants Some!! is Linklater’s latest film, his follow-up to Boyhood and a “spiritual sequel” to Dazed and Confused. I’m divided on Linklater’s output—I’m a big fan of Slacker, Dazed, and Waking Life, and I LOVE Bernie, but I don’t care for the Before trilogy or Boyhood. Fortunately, Everybody Wants Some!! is solidly in the tradition of Dazed and Confused, so it falls into the plus category. This is classic Linklater—Texas setting, male bonding, Friday night hijinx—but there’s a lot of subtext enriching Everybody that is Linklater at his absolute best. This movie is a gem.

Set in 1980, Everybody Wants Some!! follows the baseball team at Southeast Texas State over the last weekend before classes start. The central figure is Jake (Blake Jenner, Glee), an incoming freshman thrown into the deep end of college life when he moves into the off-campus baseball house. Off campus is important—there’s no supervision. These young men, deified for their athletic prowess, are essentially left alone to run amok. There are house parties, drugs, binge alcoholism, sh*t talking, male posturing, and co-ed mud wrestling. It gives the movie a very Porky’s vibe. A countdown clock lets us know how close we are to the first day of classes and, nominally, responsibility.

In some ways, Everybody feels like a step backward for Linklater. In 2016, he’s made a movie with one named female character, Beverly (Zoey Deutch, upgrading from Dirty Grandpa). Dazed and Confused, released in 1993, has a significant female cast portraying a variety of characters with distinct personalities. Beverly barely passes muster as a character, sliding by mostly because she’s the only woman on screen who says more than variations on “Let’s f*ck.” Even so, Beverly only exists as a love interest for Jake. She’s the artsy theater girl crossing party lines to tango with a jock, and if it weren’t for Deutch’s bright, sparky screen presence, that whole plot would be worth a heavy eye roll. But she’s fun to watch, and she manages to make Beverly somewhat interesting.

But in other ways, Everybody feels very progressive, maybe even transgressive. Male bonding is a common theme in Linklater movies, whether it’s father-son or dudebros palling around town, trying to get laid. Dazed and Confused focuses on the posturing rituals of young men, from hazing rites to preening mating dances that are more for each other than the women they’re trying to seduce. Everybody turns that focus somewhat more inward—there’s still plenty of peacocking, but we spend more time with the baseball bros alone together in their house, or spending time together while eschewing the available company of others. The result is a film that is unabashedly about dudes loving dudes.

There is definitely a gay reading open to Everybody’s subtext, with the way Linklater’s camera lingers on toned, tanned male bodies, and the baseball bros are constantly slapping asses, grappling, and hugging. But the context of the brotherhood is one of open, accepted male affection that borders on celebration of men expressing emotion in positive, non-toxic ways. It’s possible, the film says, to live in a testosterone-soaked environment, to chase pussy and slam beers, to prank and tease and badger each other, and still be dudes who like hugging other dudes. The baseball bros love one another, and they express it openly, without fear or shame.

Everybody Wants Some!! is a funny, light-hearted movie about the last days of summer. It’s a nostalgic look back at a halcyon time—Linklater was himself a college baseball player in 1980s Texas—and works as nothing more than a good time at the movies. But the celebration of masculine friendship as openly emotional and physically demonstrative can’t be missed. This is a gentle movie that isn’t trying to hurt anyone, but at the same time, it feels like a rebuke to the current atmosphere of toxic masculinity that pervades college sports. Have a good time, it says, and maybe hug your bro. It won’t kill you. 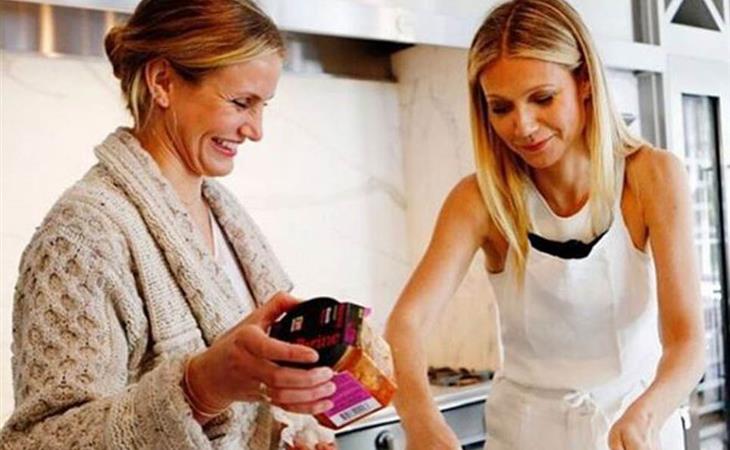 Cam & Gwyneth and their books 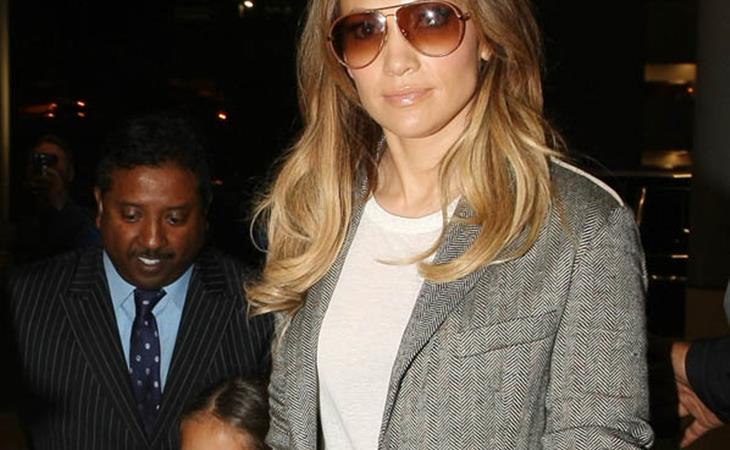 Zoey Deutch in Before I Fall movie review