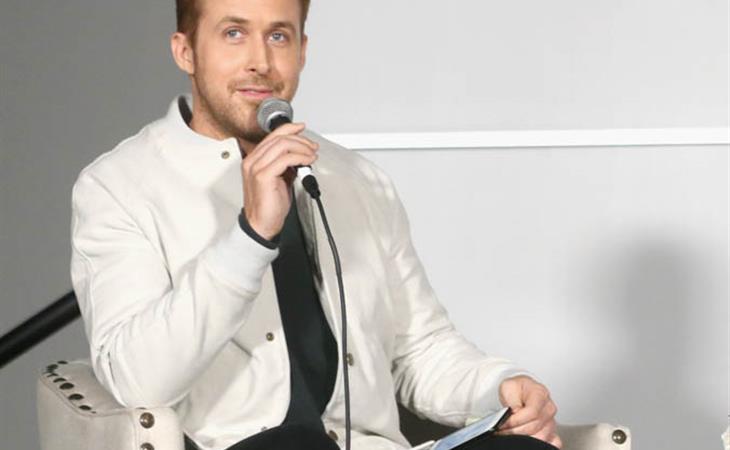 Russell Crowe and Ryan Gosling in The Nice Guys

(Lainey: fell behind last month and didn’t get to posting Sarah’s review of The Nice Guys. Then, the next week, there were no more new photos of Ryan Gosling. He showed up for his friend Nicolas Winding Refn in LA yesterday at The Neon Demon premiere though. So please enjoy these new pictures and the belated praise for The Nice Guys.)

Shane Black’s first effort as a director—after making his name as one of the 1990s most successful screenwriters—was the near-perfect Kiss Kiss Bang Bang, aka the movie that jump-started RDJ’s career comeback. He then detoured into superhero movies with Iron Man 3, and now he’s back to directing his own brand of post-modernist noir with The Nice Guys. It’s not as tight as Kiss Kiss, but damn this movie is a lot of fun, and features a trio of outstanding performances. Ryan Gosling and Russell Crowe star as the crime-solving odd couple du jour, and both are doing excellent work. But they’re very nearly overshadowed by young Australian actress Angourie Rice, who steals every scene she’s in.

The Nice Guys is a prototypical Shane Black film, saturated with all his earmarks as a filmmaker: Southern California, Christmas, private detectives, slapstick violence, explosions, people falling off of things, and a loosey-goosey plot that won’t really hold up if you look too hard at it. But Black scripts are never really about plot, they’re about people. Plot is just a series of circumstances that allows people to interact, and characters make logic leaps that, in any other movie, would sink the whole ship. Black makes them work, however, because his characters are so well drawn and performed, and there is so much delight in watching their interplay, that you overlook the many contrivances and conveniences that are the engine of the story.

Set in 1977 Los Angeles, The Nice Guys revolves around Holland March (Gosling) and Jackson Healy (Crowe), a private eye and enforcer-for-hire, respectively. March is a hard-drinking detective scamming the elderly out of money on easy cases, but he’s also a devoted single father still reeling from the tragic loss of his wife. Healy, meanwhile, is a classic self-loathing Blackian lowlife, a man with hard knuckles and a heart of gold. Gosling and Crowe are both in top form, and it feels like Gosling is hitting a new level, combining his floppy-haired earnestness with a seedy sneer.

In between them is March’s daughter, Holly (Rice), who tags along on their absurd and increasingly violent case, investigating the disappearance of the daughter of a Department of Justice bigwig. Holly is spunky and smart, and wise to her father’s unreliable alcoholic ways, but she also retains a child’s earnest belief in good and bad, and she’s the heart of the film. In another movie, March and Healy would reform to be better role models for Holly, but in Black’s world it’s clear that Holly will one day be a tough, hard woman solving crimes on her own. She’s going to take care of these two louts because someone has to.

There are so many individual moments that delight in The Nice Guys, it’s hard to single any one out, but a highlight is a scene in which March and Healy dispose of a dead body at a party. In one of those improbable leaps, March discovers the corpse after a slapstick tumble down a hill, and then he and Healy have to deal with a dead guy. “We throw up and then we get rid of the body,” Healy says, as both men stagger into the bushes to do just that. This is what makes Black’s films so wonderful. In any other action movie, the heroes deal with corpses with stony-faced toughness, and maybe crack one quip to show that nothing fazes them. But in a Black movie, the heroes puke like any reasonable person would do in that situation.

And there are tons of moments like that. Healy is a brawler, but March is comically inept in a fight, surviving through a series of increasingly cartoonish lucky breaks. Far from the stereotypical alpha-macho male figures of such Hollywood fare, Healy and March are in turns vulnerable, weak, and clumsy. They catch implausible lucky breaks, and don’t hesitate to run away. But they’re also the kind of dogged investigators that ultimately solve the case, and both men try to live up to Holly’s expectations with real sincerity. They’re flawed but likeable characters, set in an outlandish, ridiculously entertaining story. You’ve got to see The Nice Guys. 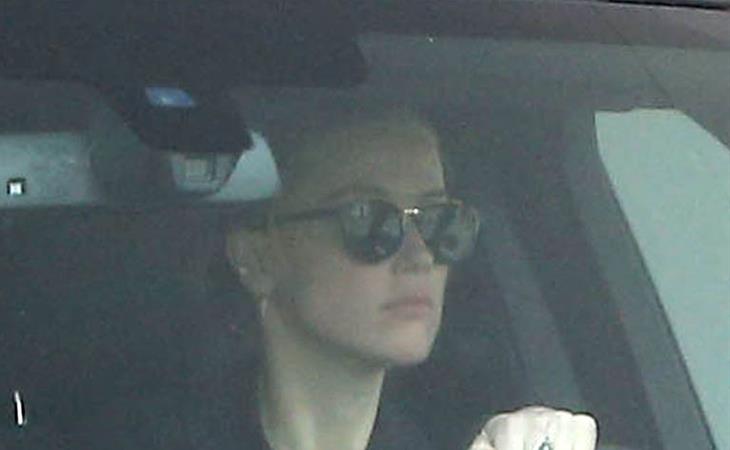 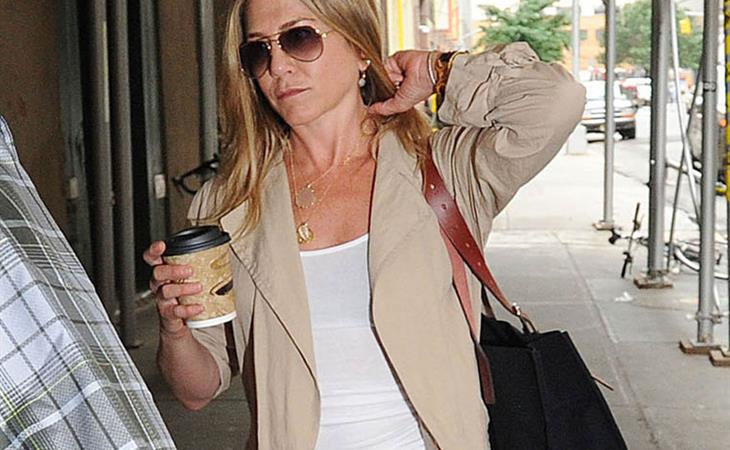 Jennifer Aniston is still not pregnant