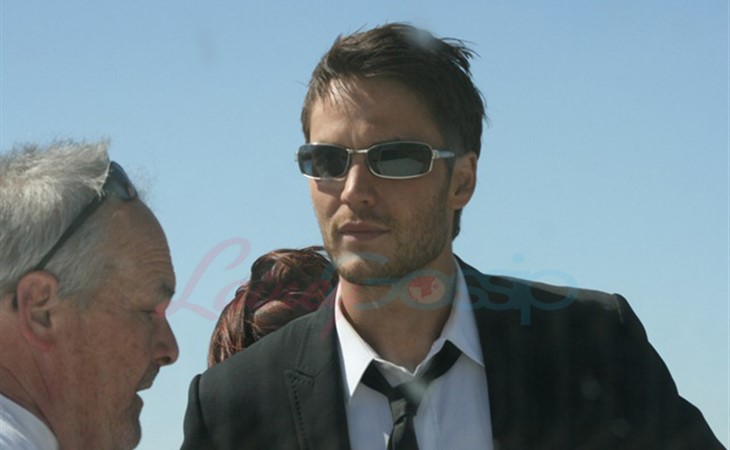 Riggs gets a photoshoot

It is about f-cking time.

What a treat today! New photos of Taylor Kitsch. And hot!

This is Taylor at photo shoot in the California desert. Not sure for what publication, but I imagine, given his higher profile these days, with two big budget projects awaiting release (Battleship and John Carter of Mars) and having just booked a leading role in Oliver Stone’s Savages with a high profile cast including Aaron Johnson, Salma Hayek, John Travolta, and Uma Thurman, and oh yeah Blake Lively, Taylor will be appearing in many more magazine spreads ahead. Good.

Taylor and Aaron Johnson? As stoner entrepreneurs? Please. I’m all over it. Here’s a synopsis:

“Baditude. Bad attitude. Ben (Aaron Johnson), Chon (Taylor Kitsch), and O have a bad case of it, but so would you if you were the twenty-something Laguna-cool producers of the best hydro on the Left Coast and now a powerful and vicious Mexican cartel wants in on your business. Ben’s a genius botanist out to save the world. Chon’s a former SEAL with a “Post-Traumatic Lack Of Stress Disorder.” O is a South Orange County slacker girl who loves them both. When the cartel kidnaps O to keep the boys in line, serious baditude breaks out in this twenty-first-century thriller that blasts through all the old rules and blows the lid off the genre. But that’s baditude for you.” (Source)

Confession: I’m kinda into the idea of Taylor Kitsch and Blake Lively. Are we fighting?

By the way, TK is a huge Vancouver Canucks fan, being from Vancouver and all. You are coming home for Round 3, aren’t you?

Speaking of the Canucks…

So we have season tickets. Which means we have playoff tickets. I’ve missed a lot of games this post season because I’ve been away for work. But the games I’ve gone to – three in total – they’ve lost. I’m a gambler. And streaks can make or break a gambler. A streak always has to end. Sometimes that means payday. A streak can go on forever, and that will rape your bank account. I just can’t decide what kind of streak this is…

Having said that, it looks like I’ll be in Cannes for games 1 and 2 of the next round anyway. So for all you bitches who’ve been yelling at me over email and Twitter, chill your ass out. We don’t have to worry about this until at least Game 5, if necessary.