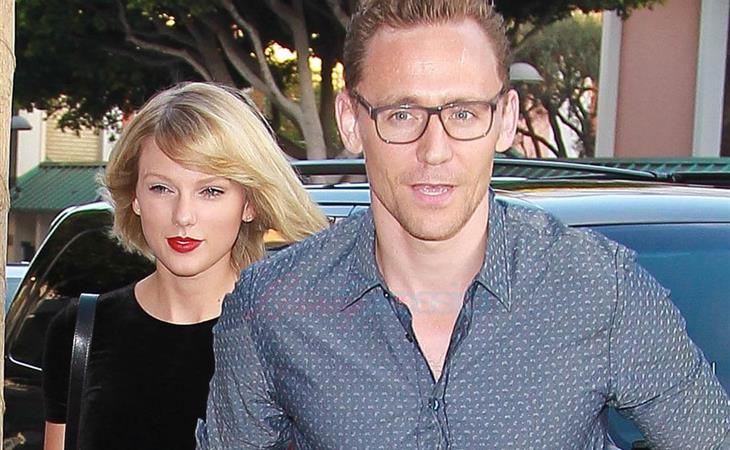 Yesterday I posted about Swoki out for dinner. At the time there were no pap shots, just someone who creeped them from inside the restaurant and posted it on social media.

Tom Hiddleston and Taylor Swift were spotted together at a restaurant in Santa Monica this evening. #tomhiddleston #taylorswift #hiddleswift

A photo posted by FANdemonium Network (@fandemoniumnet) on

So much for my hope that she would pull it back, especially since “overexposure” was her concern even before Gossip Christmas. In Taylor’s mind though, she is being mysterious. She’s not posting on social media. She’s not talking about her relationship. She IS, by her rationale, totally trying to live undercover. But if the paps find them, well, she can’t help that, you know? How is she supposed to know that out of all the restaurants in LA, that’s where they’d be hanging out the other night?

As for Tom, Page Six is reporting that he might be taking Bond meetings in LA. Other sources say this is way too premature to even get into casting and that there are no talks happening at all. Bond is supposed to project an air of mystery. I’m not sure…this is one of Tom Hiddleston’s attributes.