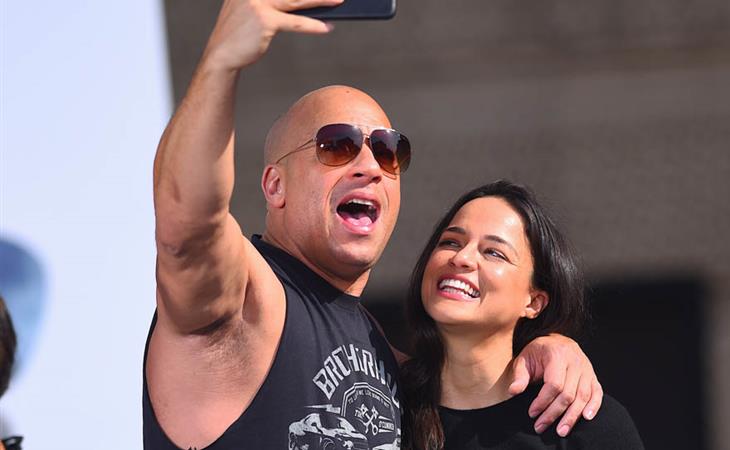 Vin Diesel and Dwayne Johnson star in the eighth installment of the Fast/Furious franchise, a movie which is infuriatingly still not called F8 of the Furious. (They have two scenes together, one in which they’re in separate cars and another in which they never talk or look directly at each other. Nothing to see here, I’m sure.) F8 picks up about a year after the last movie, with Dominic Toretto (Diesel) and Letty (Michelle Rodriguez) on their honeymoon in Havana. This is the first Hollywood film shot inside Cuba since the embargo lifted, and while F8 pays lip service to Havana’s car culture, it’s mostly there for the hot girl asses.

The honeymoon is short-lived, however, as Charlize Theron With Dreads shows up to ruin Dom’s life with a cellphone. Theron plays a super-hacker called “Cipher” and she has some mysterious dirt on Dom that forces him to abandon his FAMILY and go work for her, in the process of which Dom’s friend Hobbs (Johnson) ends up in jail. From there the next two hours and twenty minutes—no, I’m not joking—are spent with the FAMILY trying to stop Dom/make no effort to find out why he switched sides, and Cipher trying to out-hack Ramsey (Nathalie Emmanuel, Game of Thrones), the super-hacker from the last movie (they’re one second away from shouting, “Hack the planet!” ). That’s a great subplot, it’s just what everyone wants to see in a Fast/Furious movie, people scowling at screens and mashing keyboards.

It’s amazing how, despite the presence of half a dozen super charismatic actors and some truly bananas action sequences—handled this time by director F. Gary Gray—these movies manage to be bad. It’s Point Break With Cars, at the very least, they should be fun-bad. But they’re SO long and have almost NO plot and TERRIBLE villains—Imperator F*cking Furiosa doesn’t drive ONCE—and the result is that F8, like most Fast/Furious movies, is entertaining in parts but overall a letdown.

And the biggest problem is Vin Diesel. Ostensibly this is his franchise, but the movies only got good (“good”) after The Rock joined up, and the only watchable parts of F8 are the Not Vin Diesel parts. Diesel just takes it WAY too seriously, and that translates as a self-importance that drags down every second he’s on screen. In contrast, Johnson, Jason Statham, Ludacris, Tyrese Gibson, Kurt Russell, and even f*cking Scott Eastwood all understand what kind of movie they’re making and they have a ball, trading zingers and winking at the camera. But not Diesel. He’s so humorless, he sucks the joy out of every scene he’s in. He’s the WORST part, and this movie co-stars Scott Eastwood.

But the Not Vin Diesel parts are solid. The half of F8 that is Johnson and The Stath being reluctant partners, threatening to murder each other with every breath, is pretty great. Statham has a FANTASTIC sequence that is equal parts bone-crushing and completely ridiculous. Statham, being an actually good actor who understands these types of movies, carries that sequence off with palpable glee, and it is easily the best part of the movie.

As for the famed Helen Mirren cameo, don’t get too excited. She doesn’t even stand up, despite proving her action cred in two Red movies. For all that they boast of diversity, Fast/Furious has no idea what to do with women—besides montage hot girl asses—and the problem has gotten noticeably worse in the last couple movies. This time, besides Helen Mirren Who Doesn’t Stand and Furiosa Who Doesn’t Drive, there’s also Ramsey Whose Last Name No One Knows and Letty, who has been reduced to window dressing. Elsa Pataky also returns but is literally trapped in a glass box the whole time. No woman contributes anything meaningful to the FAMILY and as a Big Bad Theron looks so bored she appears comatose in some scenes.

None of this will deter pre-existing Fast/Furious fans who have never been troubled by these problems in over a decade. There are fast cars and hot girl asses, they say FAMILY fifteen times, and there’s a reference to Paul Walker, so the fans will eat it up. But it probably won’t win new converts. It’s too long, half the movie is a laborious exercise in trying to understand Vin Diesel’s dialogue, and the plot is INCREDIBLY thin and ENTIRELY stupid and COMPLETELY wastes Charlize Theron. Sure, it’s fun when The Rock punches a torpedo. But not even that can save F8 of the Furious from itself.


Attached - Vin Diesel and Michelle Rodriguez at a F8 event in New York the other day. 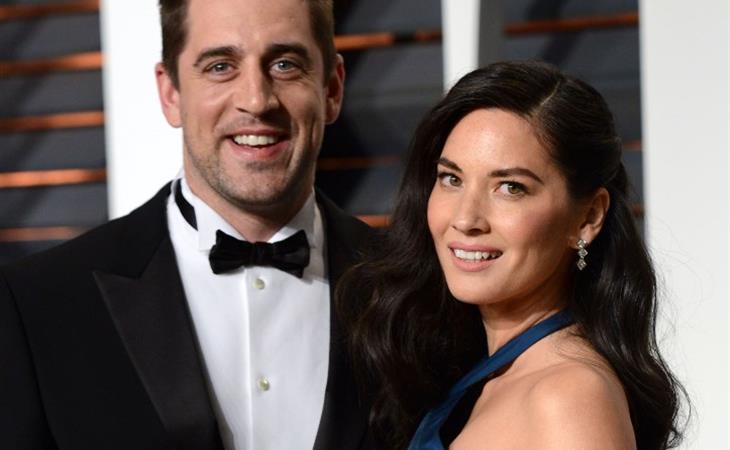 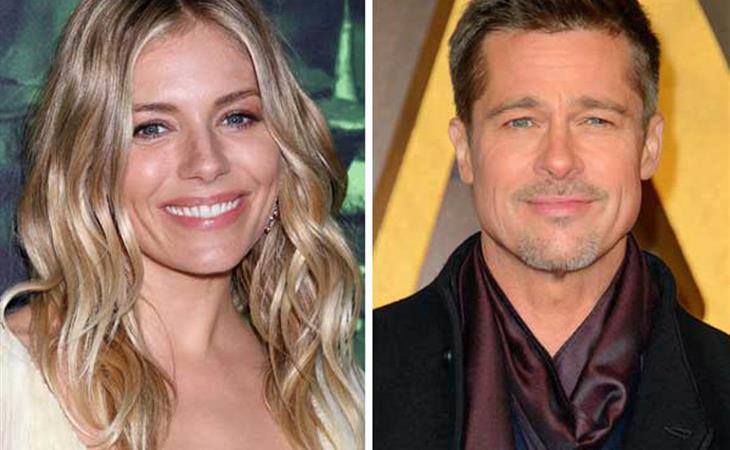