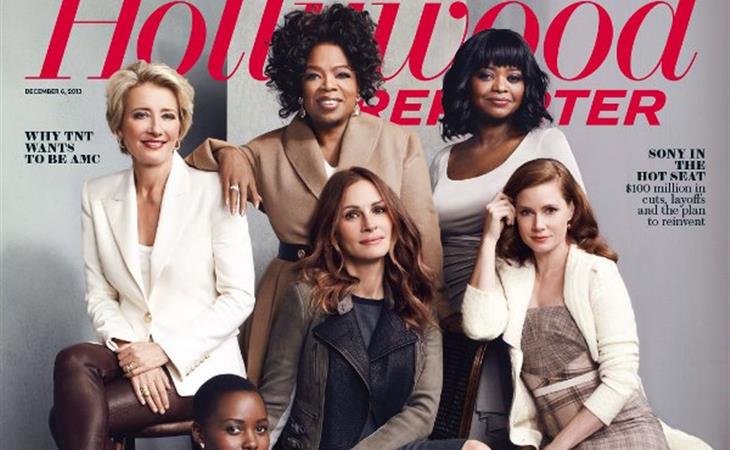 Look, I might argue that the TV ladies’ roundtable was a little more fun and rollicking, but there is no denying this was a delicious interview, whether you consume it on video (again, it’s an hour, but it doesn’t feel that long) or in print.

There are all kinds of sparklers in this room, so let’s just take a look at the list:

Who’s the most well-known? Oprah.

Who’s the most successful?  Oprah.

Who’s the most senior? (Okay, yes, oldest, but that’s not what I’m going for.) Oprah.

Who’s the most insecure?

…you guessed it. By a country mile. And it’s so obvious.

I am fascinated by the idea of understudies: the people who are good enough to do the job, when it all comes down to it, but not the first choice; lacking some of the sparkle or star power or je ne sais quoi to be in the spotlight.

This is clearly not Oprah. She’s spectacularly successful beyond our wildest imaginations, and she’s basically moved mountains, media-wise … and she is so insecure about this. Because she’s not an actress. An onscreen person yes, but not really, truly, an actress – and it kills her.

In the first 10 minutes of the interview, we learn that Steven Spielberg yelled at her, that her father didn’t want her to be an actress and so she didn’t, that the last film she did failed miserably. When Julia Roberts starts in with “Why doesn’t Oprah do [acting] more often”, Oprah is focused on her with laser-eyes.

“Yes, why don’t I? Let Julia say something real that matters.”

In fact, Julia insisting that Oprah is a real-live actress is a weird continuing theme of the interview. Look, the woman is not untalented! She was nominated for The Color Purple entire decades before she was the media mogul she is now. She didn’t buy that acclaim. But her anxiety about her “acting muscle” is so naked and so palpable – her envy of Lupita Nyong’o being so successful in her very first job out of school is right there onscreen – is kind of fascinating. With everything she has, Oprah wants to be more – the one thing she can’t be. An actress first and foremost, instead of an actress with an asterisk beside her name that means “right but really she’s Oprah”.

To me, viewing the whole piece through this window makes it almost unbearably heartbreaking. What can Julia Roberts say? She’s incredibly successful – the most successful actress of her generation. What can Amy Adams say? She’s had four Oscar nominations in as many years.

What can Emma Thompson say? To me, her confidence is so calm and chill and almost a non-issue. She has that delightful British confidence that makes it all so valid but also kind of silly, you know? “Yes, of course we’re all immensely talented, well I am of course, it’s rather uncomfortable to have to talk about it and examine it, Oprah, wouldn’t you rather just discuss Joss Whedon?” And then Oprah goes ahead and says she feels intimidated to be sitting at the table. Am I too harsh? Is it actually endearing?

It’s one of those things you don’t notice until someone else puts it into stark relief.  Oprah’s neediness (followed in close order by Amy Adams’, by the way, like okay, stop talking about how you didn’t work for so long, you are doing FINE) is contrasted by Emma Thompson’s easy confidence. The earnestness with which the actresses consider what sacrifices they’ve made doesn’t seem embarrassing until Thompson basically does a spit-take. “Sacrifices? It’s obscene to talk about wealthy successful women making sacrifices.” (It’s not quite as bad as when they asked Kerry Washington whether she was supposed to play Olivia Pope as a black woman, but nearly.) I want her to follow me around being a reality check all the time.

And of course, there is precious little Julia being Julia, and I think it’s because she knows so well how to read a room. Sure, in a press conference of fawning foreign journalists at TIFF she can unleash the full “oh it’s all about me BIG LAUGH CACKLE CACKLE” but in a room full of women who are going to seem more intelligent and more thoughtful than she is, and who have had to struggle much more than she has, she knows enough to shut up. This, in itself, is a gift.

To me, the one who doesn’t quite fit here is Spencer. She’s the pragmatist talking about necessary but unglamourous things like agents and TV series and remakes.   She’s not talking about the craft, perhaps because, Oscar Winner or not, she doesn’t have the luxury of assuming the work will come her way. She’s not going to be offered the roles that Julia and Amy pass on. If she gets another Oscar, if she gets many more films, maybe this will change.

It’s supposed to storm all over the Northeast. So many people are going to be in airports or hiding from their families or trying to get through the work week. This is a very valid, juicy way to spend an hour today. Click here. 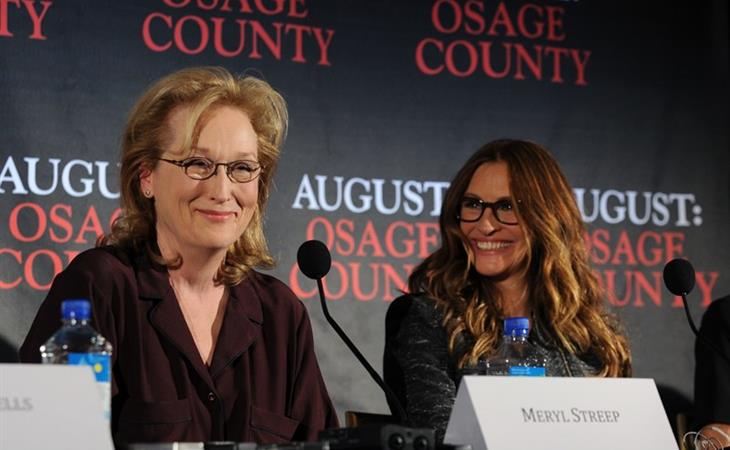 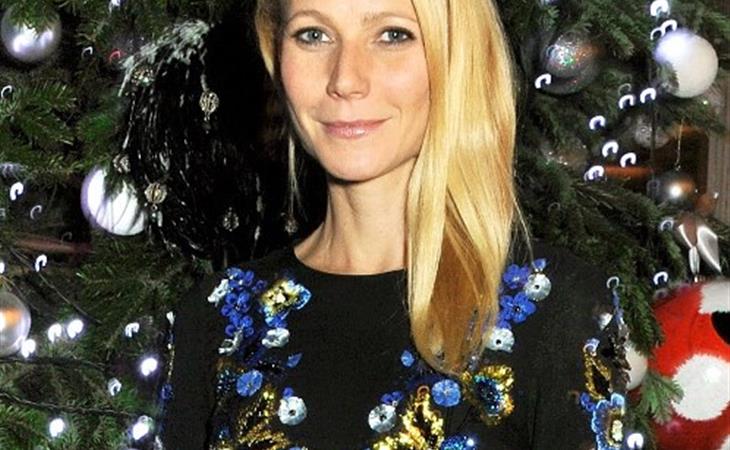 Gwyneth and the Christmas tree