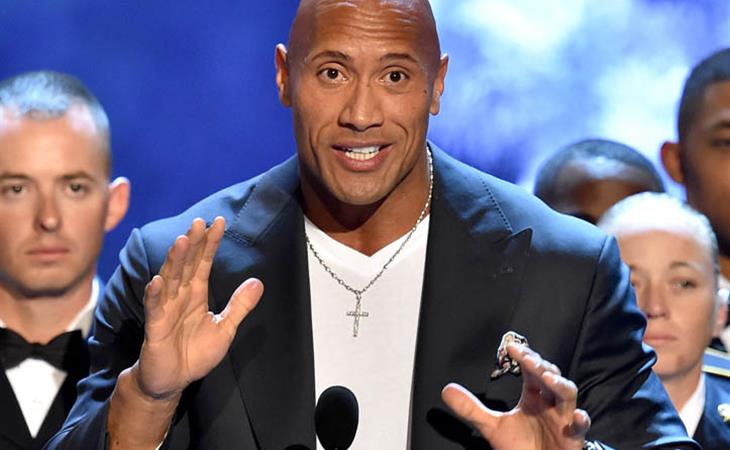 The Rock makes everything better

San Andreas is exactly as advertised on the tin—The Rock fights an earthquake, and The Rock wins. Hundreds of thousands, maybe even millions, of people die in the process, but the important thing is that if you go see San Andreas, that movie will hold up its end of the deal and show you The Rock fighting an earthquake, and winning. In that regard, this is a successful movie. It doesn’t pretend to be anything other than what it is—a schlock disaster movie. It features an above-average cast and simply average filmmaking, but it is watchable. It’s not premium pricing watchable—I went out of my way for a 2D screening because I flat refused to pay more than $15, and I feel that deal worked out well for everyone involved—but San Andreas is perfectly acceptable mindless weekend cable fare.

Dwayne “The Rock” Johnson stars as Ray Gaines, a rescue pilot with the Los Angeles Fire Department. Johnson is a true movie star, imminently watchable and entertaining no matter how bad the material around him, and he consistently elevates San Andreas and makes it more than it is. Without him, it would be unwatchable, but in Johnson’s hands he renders it passable enough. Actually, the movie could have made better use of Johnson’s innate comic timing—the script, credited to Carlton Cuse of Lost fame, doesn’t have nearly enough zingy dialogue. This is the kind of movie no one should take too seriously, but Cuse’s script and the direction of Brad Peyton (Journey 2: The Mysterious Island) both take the material at face value and offer little humor. Something’s got to alleviate the parade of collapsing buildings, man.

All of the buildings fall over in this movie, and none of it is impressive. This is actually San Andreas’s biggest problem—spectacle is no longer enough. We, as an audience, are thoroughly inured to sh*t blowing up, collapsing, imploding, or falling. Big waves are nothing. Total devastation is every third movie. Parts of San Andreas feel completely interchangeable with the recent Godzilla reboot, or any comic book movie. From a film standpoint, the best sequence in San Andreas is a single tracking shot showing real people moving through real space avoiding actual obstacles. Certainly there is some CGI enhancement, but you can tell the heavy lifting in that scene is being done by the actors and in-camera effects. But that’s one scene out of two hours of CG buildings toppling into one another and digital tsunamis swamping the city. So little in San Andreas actually feels real that there is simply no way to connect to any of it emotionally.

But The Rock does make everything better. You might not give a sh*t about anything that’s happening, but at least you can focus on him and not feel like you’re completely wasting your time. And Carla Gugino and Alexandra Daddario acquit themselves well, too, and have surprisingly well written parts. Neither is a helpless female—both are resourceful and brave and, unlike most women featured in this type of movie, neither one makes the situation worse by doing obviously boneheaded things that no rational human would ever do. San Andreas is not worth your money, but if you’re ever looking for something mindless to watch on a weekend while folding laundry, you could do worse. 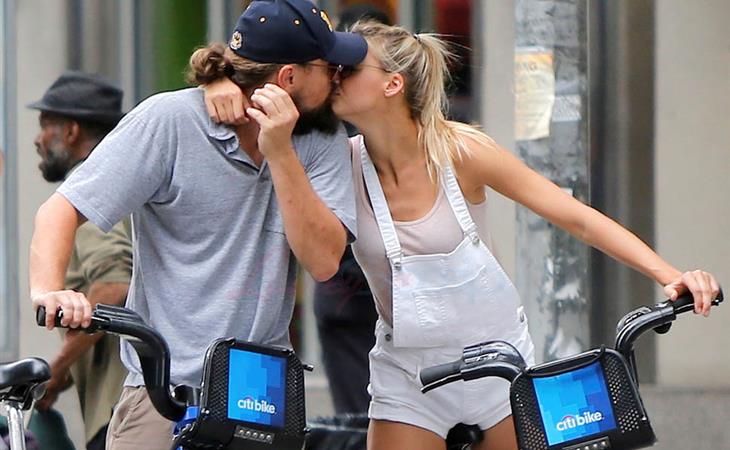 Leo kissing a blonde on a bike 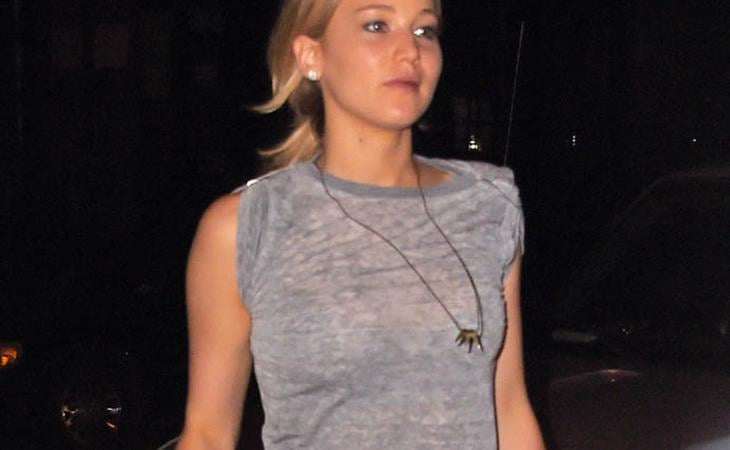