The Walking Dead 5.3: “The good that comes out of this bad”

It turns out that a lot of you have the same questions I do re: Judith’s diapers and formula. According to many moms, the diapers aren’t quite as big a deal as what on earth they are feeding that baby at this point. Let’s just assume that Judith is a magic baby that can never die. And who also somehow remains pristinely clean with an endless supply of frilly rompers while everyone else molders in their own filth. I can’t even imagine what it’s like for the women, dealing with their periods at this point.

This episode balances on an edge—it can either be horrible or good, depending on things like pacing and key narrative decisions. In the past, The Walking Dead has suffered for being too slow, dragging narrative arcs out too long (see also: The farm, the prison, Woodbury, the Governor), but post-Woodbury, it seems like they’re committed to moving things along and not subjecting us to endless rounds of “And what does the group think today?” At points in this episode, I feared it was going to fall on the side of bad, but ultimately it broke good, if predictable.

We start with Gareth sermonizing on the wonders of cannibalism, which is totally okay you guys, because bears eat their young when they’re starving. Pro tip: If your justification for doing something morally wrong is that one of nature’s unstoppable murder machines does it, too, you need to come up with a better justification. Because saying, “Well bears do it,” does not make EATING PEOPLE okay. I would say, “Eat a bag of dicks,” except Gareth would probably like that. He probably has entire recipes for that. Ugh, cannibals. They’re the worst.

Abraham and Rick’s tentative alpha-male peace lasts about five minutes by my count. The episode picks up directly where we left off last week, and Rick and Abraham were all, “Let’s go to Washington!” up until Abraham clarifies that he wants to leave before Daryl and Carol return. They argue, the group is all, “You’re tearing us apart!”, but in the end, they actually do tear up the group. As all this is happening, One-Legged Bob is dumped on the church lawn and Rick wants retribution.

But Abraham doesn’t care about vengeance, he just wants to get on the road and they now have working wheels, thanks to the church bus. So they compromise—in exchange for helping Rick & Co. deal with Gareth, Maggie and Glenn will join Abraham’s crew and head to DC while the others wait for Daryl and Carol. Glenn gets some nice moments stepping between the two and negotiating the deal—I hope they don’t make us wait too long before seeing him again. It feels like the writers are just remembering that Glenn is a cool dude who’s proven to be super useful in the zombie apocalypse.

This is the point where I started wondering about the tone of the episode. Rick’s plan is either utterly stupid and involves a bunch of people going along with a dumbass idea in order to fuel pointless conflict that will be dragged out for many more episodes, or else Rick is a master tactician who takes no prisoners (and keeps his promises). And Gareth, who was actually setting up to be a great antagonist, is no more. I’m glad the writers aren’t going to prolong the Terminus stuff, but at the same time, Gareth does feel like a real loss. He was a great counterpoint for Rick.

The rest of the episode is about One-Legged Bob taking his sweet-ass time dying. They’ve already established that the closer to your heart you’re bitten, the faster you turn. Bob was bit on his shoulder and yet he lingers for 12 hours at least; I don’t care what your rules are, but I do care that you follow them. Then Sasha has the sads and Tyrese has the sads, and Rick and Abraham part on good terms. Oh, and we did find out Father Gabriel’s secret—early on during the apocalypse, out of force of habit, he accidentally locked his congregation in the church and they all got eaten. He’s going to have a death exactly as spectacular as he is stupid, just watch.

So the group is fractured once again and though Daryl is back Carol isn’t, so now we know that the next episode will be The Adventures of Carol & Daryl, And Probably Beth, Too. Because oh yeah, Beth still exists! Does anyone even care at this point?

Zombie kill of the week: Zombie-lite episode, but we’ll go with Maggie to the eye with a knife. 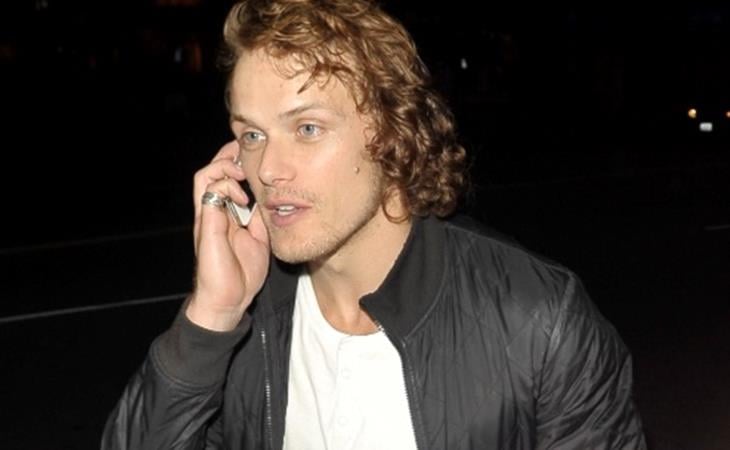 That guy from Outlander 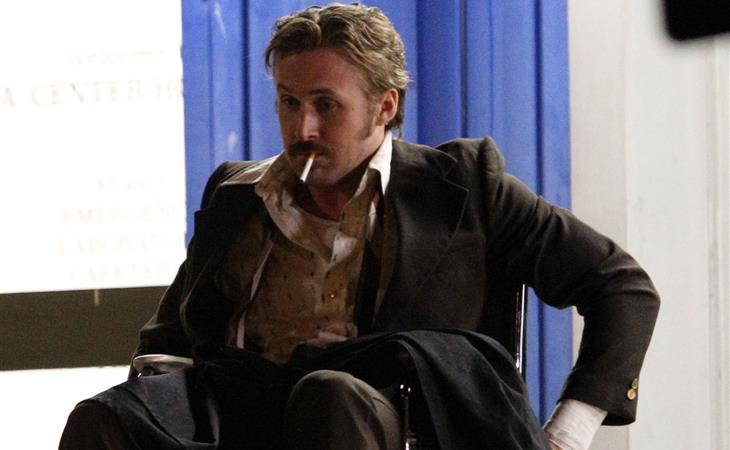 The return of Ryan Gosling