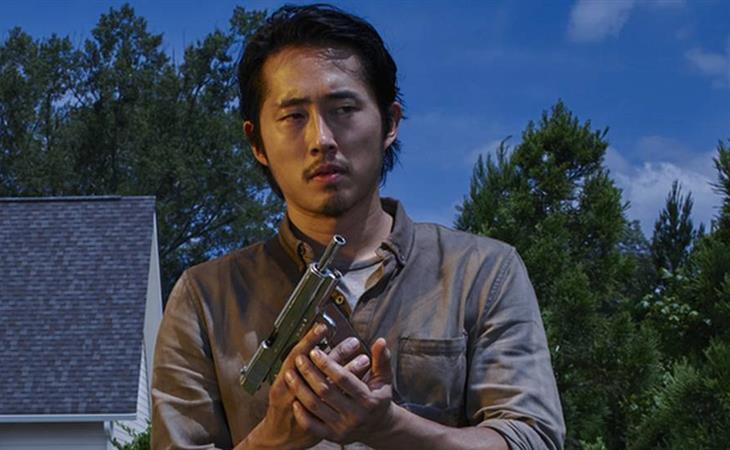 So after putting Glenn in a seemingly inescapable situation and doing everything possible to make it seem like he died, The Walking Dead did not kill off a major popular character after all. The show that is known for killing characters all the time yet somehow has never actually killed off a fan favorite failed to kill off the fan favorite. Quelle surprise. I was hoping this would be a turning point for Dead’s storytelling, where they get serious about consequences and popular characters start dying in order to make room for newcomers who evolve the plot past Rick’s cycle of run/stay/crazy/fight/run, but no. We’re still stuck mid-Rick cycle #4, in the “crazy” phase.

I’ve gotten some inquiries about why I’m not recapping Dead on the weekly this season, and this is why. I’ll be doing a mid-season check-in after next week’s mid-season finale, but I passed on weekly recaps in order to cover Fargo,  a show where actions have consequences and no one is safe. The only consequence in The Walking Dead is that kindness kills, except now it doesn’t because Glenn’s kindness to Nicholas didn’t kill him. So kindness kills…but only when it directly proves Rick right about something. Why does Rick have to be right all the time? He’s actually the main character who ought to die the most in order to let this show evolve. But that’s problems for another day.

For now we’re dealing with Glenn and the dramatic gutting of The Walking Dead. No matter how gory it gets or how “shocking” a death is—and characters we hardly know or care about dying in some gruesome way is no longer shocking—Dead has no stakes because we understand how the narrative functions. Killing off Glenn was a chance to break the rut and restore some momentum to the story, but they took the cheap, gimmicky way out and the status quo is maintained.

The inevitable comparison is to Jon Snow on Game of Thrones but here’s why that’s bullsh*t. On Thrones, main characters can and do die, so the stakes are life and death for EVERYONE. The only people who are even maybe safe are Daenerys and Jon Snow, who DIED. But the reason Jon Snow died was telegraphed for five seasons. All of Jon Snow’s storyline from the first episode of season one amounts to two truths:

They gave him every reason to abandon his post—his father’s execution, his brother declaring war, Robb and Catelyn Stark’s murders, the seemingly complete destruction of his family, the invasion of Winterfell, the fall of Winterfell, Ygritte—nothing budged Jon Snow, not family, not true love, nothing. He was not going to break his vows. There was only one way out for him, so his story came to the inevitable point of his death because that is the only thing that will free him from his vows. But that’s not the climax of his story, which was also being telegraphed from the beginning. Death and resurrection are necessary for Jon Snow’s character development.

But it’s not necessary for Glenn’s. He’s been a fixed point since we met him in season one. He’s grown up a little, become a husband and now a father-to-be, but Glenn’s personality has remained unchanged. He’s always been the kind one who believes he can do more than just survive. Part of the reason he’s become superfluous is because Daryl has evolved to that POV, too, so maybe—and this would be the only thing that would even remotely justify his survival—now we’ll see Glenn swing the other way and join Rick on his “with us or dead” leadership cruise. I don’t trust this show to do something so drastic with a well-liked character, though. And I still don’t think Glenn makes it out of the season alive. 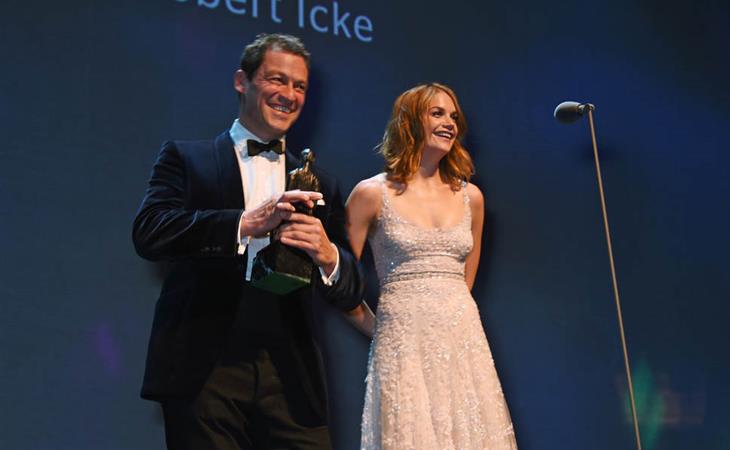 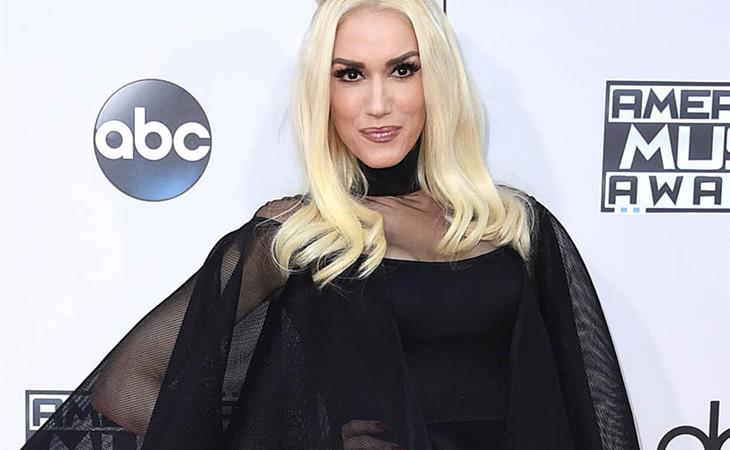