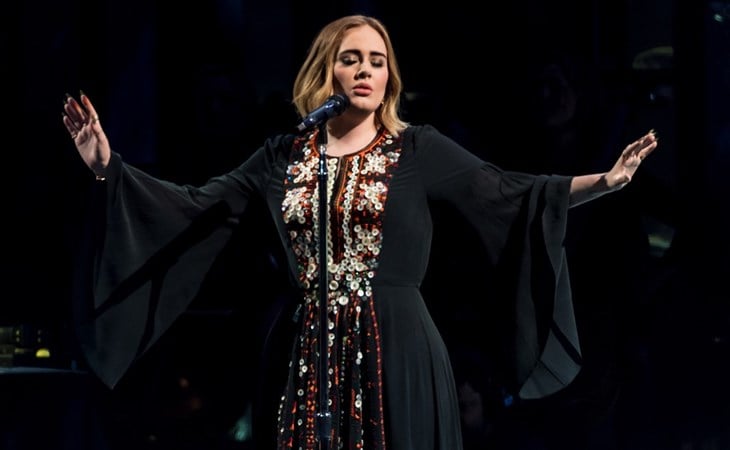 COVID-19 remains our reality. And while some countries are reopening, we’re probably a long way from concerts and music festivals. South Korea, a country recognised by many to have been able to get a handle on the situation early on, is now in its second wave. It seems likely then that other parts of the world will also experience similar. And, as you know, Americans are still in it and never mind a second wave, their first wave is getting worse.

To fill airtime then, many networks around the world are broadcasting past classic performances. If not for the pandemic, Glastonbury would be happening right now. So the BBC replayed Adele’s set from 2016 the other night. And Adele was watching her own throwback while wearing the custom Chloe dress she had on for the performance.

She also got into her comments after one of her followers tried to assume that this meant that she’s teasing her new album, that the album must be coming soon. To which Adele replied:

“Of course it’s not. Corona ain’t over. I’m quarantining. Wear a mask and be patient.”

I mean, yes, we all want Adele to release new music. Previously we thought that it could be September but a few days ago, her manager John Dickins clarified once and for all that, “It isn’t coming in September, it’ll be ready when it’s ready. We’re all in the same boat, you’re doing stuff and then all of a sudden, the world stops. It’ll come when it’s ready. I can’t put a date on that yet. We have music, but we’re still working.”

Are we all clear then? Let her work! Stop rushing her work!