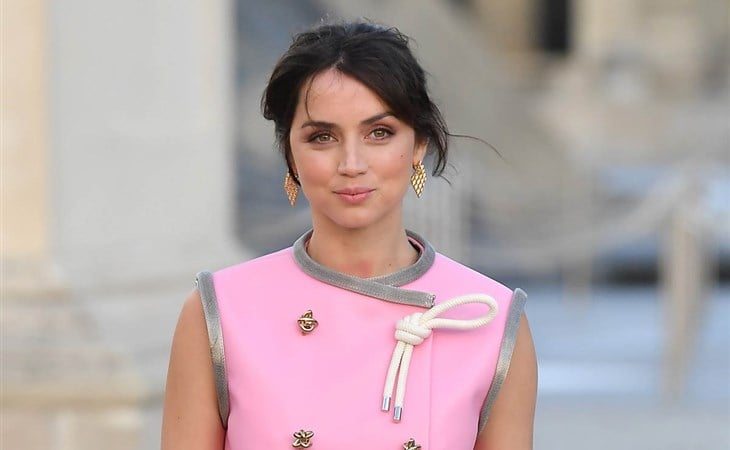 Ana de Armas is one of the best parts of No Time To Die, and as Barbara Broccoli and Michael Wilson, the producers behind Bond, are not interested in spin-offs, her interesting and fun character, Paloma, will likely never be seen again. I get that Broccoli and Wilson are protective of Bond and I can even respect that they don’t want to saturate the market with Bond-related things, but they keep talking about how someone should make something like Bond, but for women, and they keep not doing it themselves, despite having the resources and the characters and the talent to do it. Well, if they’re not gonna, then the people behind John Wick will. Ana de Armas, the erstwhile Paloma, has been tapped to star in Ballerina, a John Wick spin-off.

The ballerina in question appeared in John Wick: Chapter 3 – Parabellum in the form of New York City Ballet principal dancer Unity Phelan. She’s the tatted-up ballerina on the stage who makes eye contact with John. For the film, de Armas will take over as a ballerina seeking revenge for her murdered family. I can 100% see de Armas knocking this out of the f-cking park, and I am stoked that Wick producers Basil Iwanek, Erica Lee, and Chad Stahelski are centering the first film spin-off on a woman. Be the change you want to see!

Ballerina will be directed by Len Wiseman, of Underworld fame, and is written by Parabellum co-writer Shay Hatten. There is also a Keanu Reeves connection, as de Armas co-starred with Reeves in the 2015 horror thriller, Knock Knock. De Armas has become one of the most in-demand actresses of the last few years, so I doubt that really has anything to do with her being cast in Ballerina, but it does feel like closing a loop. It also feels like if no one is going to make a cool ass spy movie about Paloma the Cuban secret agent, then yeah, let Ana de Armas make a cool ass crime movie about a dancing assassin. I’m just glad that SOMEONE had the sense to cast her in a cool ass genre movie about a beautiful murder lady.