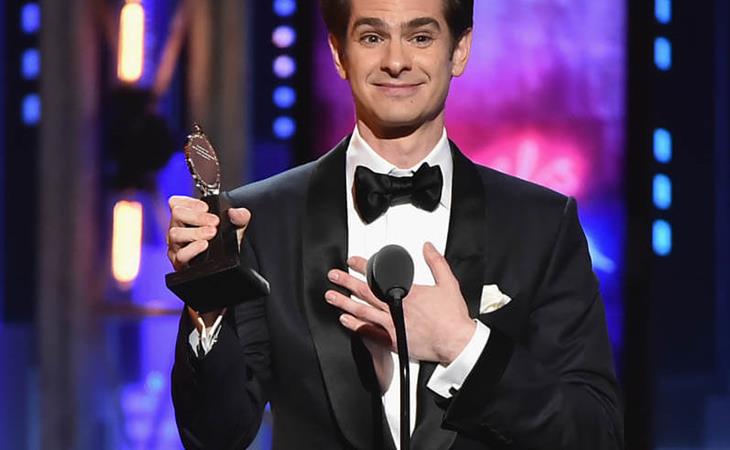 I love the Oscars, I probably will never not love the Oscars. But to love something, you have to be honest about it and with it. And you know what happens by the time the Oscars come around? They’re almost over it. Award season is long. In between all the award shows, they’re hustling, campaigning – and remember, the people most often on the Oscar circuit are the most spoiled of all performers. You can tell that they’re over it.

Which is not what we see at the Tonys. As noted in today’s open, on top of the fact that they don’t have a prolonged award season that can sometimes span half a year when you factor in the fall festivals, no theatre geek has ever worried about being “too cool” to win or to want to win. This is what makes their acceptance speeches so great.

Andrew Garfield, however, is an interesting case study because he’s moved in both circles. That said, the earnestness we saw from him last night when he won the Tony Award for lead actor in a play for his work in Angels in America wasn’t new. Remember when he showed up at Comic-Con as Spider-Man in costume, with a speech scribbled on a crumpled piece of paper, talking about how Spider-Man saved his life?

Definitely not “too cool” to be so breathlessly excited to be cast as Peter Parker. So what we saw on stage, as he was accepting his first Tony, when he dedicated his win to the LGBTQ+ community, didn’t feel like he was borrowing an identity. To me it felt real. And really, really sweet. Like cake! Sorry. That was corny as f-ck. But these f-cking theatre geeks are infecting me.

Also? This is a moment that will endear him to Duana forever. He sang on the red carpet, because no true theatre geek passes up an opportunity to sing:

Andrew’s was the first of many impassioned, emotional, earnest theatre-geeky acceptances. If you visited this site on Friday, you may have read Duana’s post about Lin-Manuel Miranda’s In The Heights finally being adapted for screen. At the end of that post, she linked to a video of a 14 minute musical that LMM wrote for This American Life called 21 Chump Street featuring none other than Lindsay Mendez who won Featured Actress in a Musical last night for Carousel. Here’s what Lindsay said while excitedly clutching her Tony:

"I just want to say when I moved to New York, I was told to change my last name from ‘Mendez’ to ‘Matthews,’ or I wouldn't work. And I just want to say how proud I am to be part of a community that celebrates diversity and individuality. And to all of you artists out there, just be your true self and the world will take note."

That’s the motto every theatre geek goes to bed repeating – no matter how extra you are (and they are SO EXTRA!), no matter how weird or misunderstood, no matter how much you are made to feel different, once you get to Broadway you will finally be seen. Lindsay Mendez-not-Matthews made that come true.

Same goes for Ari'el Stachel who won the Featured Actor in a Musical Tony for The Band’s Visit, admitting on stage that he used to deny his Middle Eastern heritage until… his “biggest obstacle became his purpose”. Here’s the full transcript of his speech – every word is perfect:

“Both my parents are here tonight. I have avoided so many events with them because for so many years of my life I pretended I was not a Middle Eastern person. And after 9/11 it was very, very difficult for me and so I concealed and I missed so many special events with them. And they're looking at me right now and I can't believe it.

I'm just so thankful to Orin Wolf, ... for telling a small story about Arabs and Israelis getting along at a time where we need that more than ever.

I am part of a cast of actors who never believed that they'd be able to portray their own races and we are doing that. And not only that but we're getting messages from kids all over the Middle East thanking us and telling us how transformative our representation is for them. And so I just want to thank the whole team, David Cromer, Yazbek for writing an amazing song. I'm so proud of you, my cast, this is the craziest moment of my life, I never thought I'd be there.

I want any kid that's watching to know that your biggest obstacle may turn into your purpose. Thank you very much.”

Let’s all be theatre geeks today!

PS. Quick question – not that I disagree with what he said, but the question here is… would a woman have been able to get away with what Robert De Niro said last night? Or would she have to apologise? 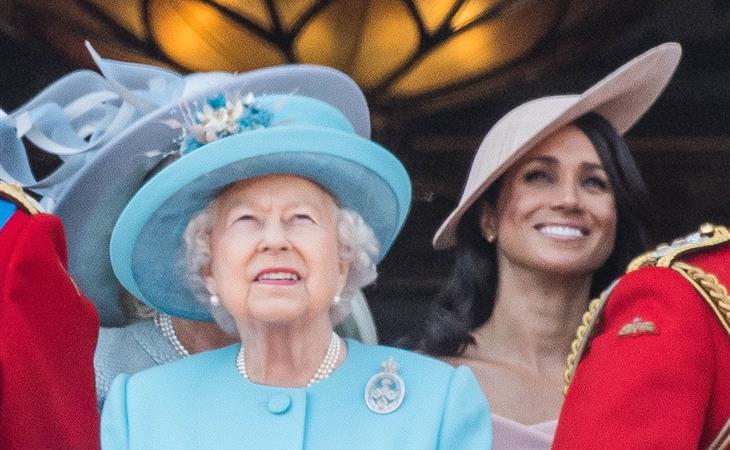 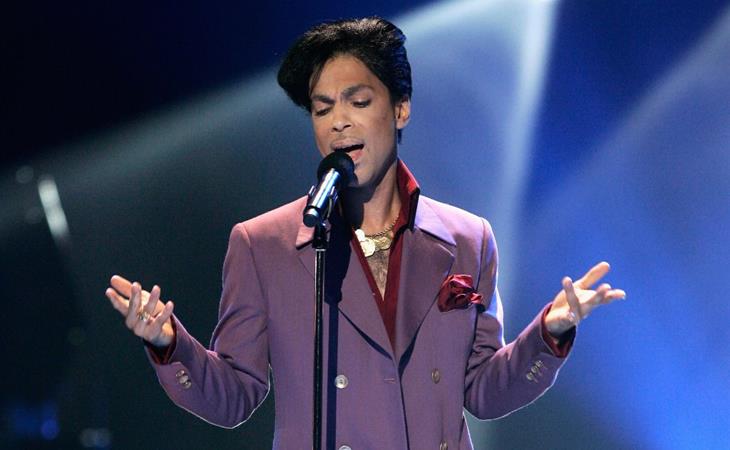