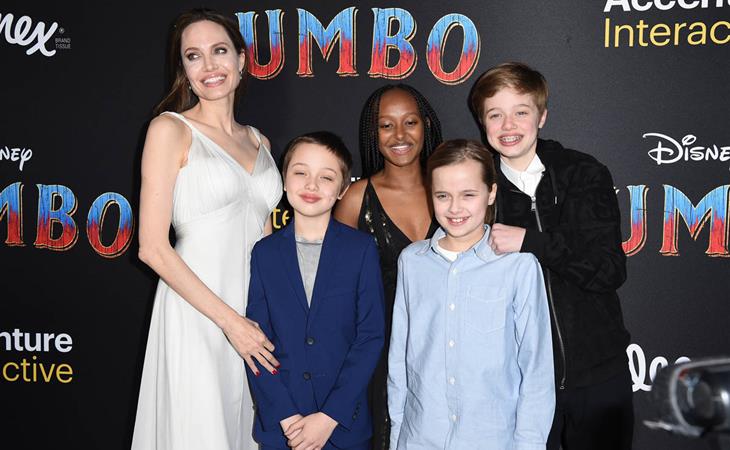 Angelina Jolie + 4 at the Dumbo premiere

Dumbo is in theatres March 29th. I am afraid of this movie. Not because Tim Burton directed it. Not because it’s going to suck. There is no way it’s going to suck. The visuals look amazing. Early reaction – at least that I’ve seen – has been positive. But … I’m worried my heart won’t recover. I’m worried I’ll feel too many things. I already feel things just looking at his face. LOOK AT HIS FACE.

DUMBO stole my heart. I'm totally cool with it. Congrats to everyone behind this beautiful, surprising & visually mindblowing film. pic.twitter.com/cekRIzTOcc

I’m already crying. Seriously. Every time the trailer comes on my stomach feels weird and I have to look away. Every time his ears flap around, I CAN’T. My emotional inventory does not need expansion, why are you doing this to me?!?

Anyway. Last night was the Hollywood premiere. And Angelina Jolie was there with Zahara, Shiloh, Vivienne, and Knox. She was the surprise guest, a Disney team player now because of Maleficent and, as you would expect, she was the main attraction. Which can’t be helped. Angelina doesn’t show up often on big splashy Hollywood red carpets. When she does, it’s a thing. This is what Disney would have wanted – extra shine on their new major release. And she delivered. I mean, she could have shown up in something black but she didn’t. She showed up in a slinky white grey gown, ready for the camera. But it wasn’t just for the photo opportunity.

Sometimes it’s really just for the photo op. Sometimes they walk the carpet and they’re kept away, out of gen pop. Angelina and the kids, however, were seen at the party. According to USA Today:

Guests at the circus-themed party were blown away to see the surprise guests as Jolie entered in a white sleeveless gown with four of her six children —  Zahara, 14, Shiloh, 12, and 10-year-old twins Vivienne and Knox.

The giggling crew posed on the red carpet before entering the party to watch jugglers on stilts, acrobats dancing on rings in the air and partake in carnival sledge hammer skill tests (much like mighty Helen Mirren).

Albert Tsai, 14, the star of Disney Channel's "Coop & Cami Ask the World," says he was shocked when Jolie approached him at the party and said she was a fan of his show.

"She introduced herself to me, and then introduced me to all the kids," said Tsai. "She said she recognized me. It was quite the thrill. We chatted for a bit and took a picture together."

The Jolie clan then enjoyed the circus-themed food around a table. Food included everything carnival from corn dogs to corn-on-the-cob to chili fries.

This kills me. Again. Like even if you’re Angelina Jolie, one of the most famous people in the world, when you have kids, a “celebrity” in your household is not you but a teen actor on the Disney Channel. Take it as comfort. This will never change so long as there are parents and children. You know what’s even cuter about this, though? Maybe I’m projecting here but Albert is an Asian star on the Disney Channel, a culture the Jolie-Pitt kids can relate to because of their brothers. This is the entertainment they are being exposed to which may not have existed a decade ago.

As you can see from the pictures, the kids looked excited to be there. You might think, given who their parents are, that the world for them is bigger than it is for most – and, certainly, in many ways and possibilities, it absolutely is. But they still seem to be delighted by what would delight others without their access and privilege. I’m encouraged by this, not that it’s any of my business.

You know what else is interesting? After the breakup, it was made pretty clear that Brad Pitt remained in the Hollywood fold and Angelina was positioned as an outsider. But also… can we say that she got Disney in the divorce? How many George Clooneys is Hollywood’s biggest studios worth? 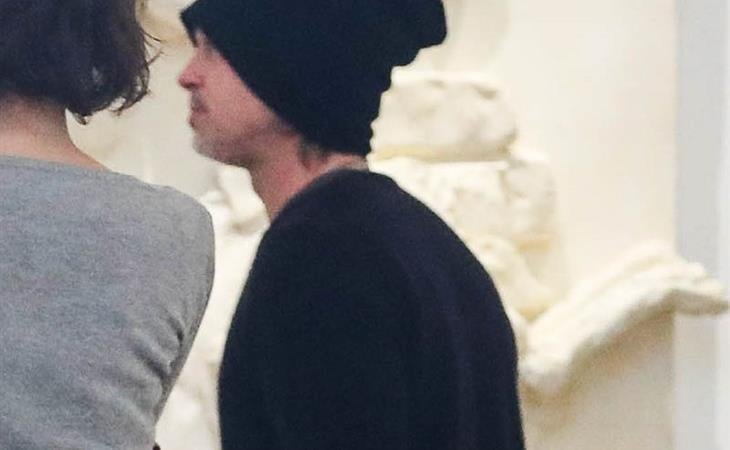 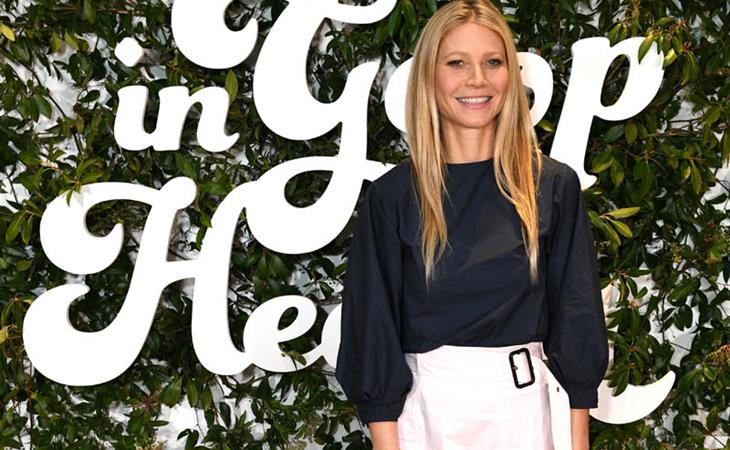