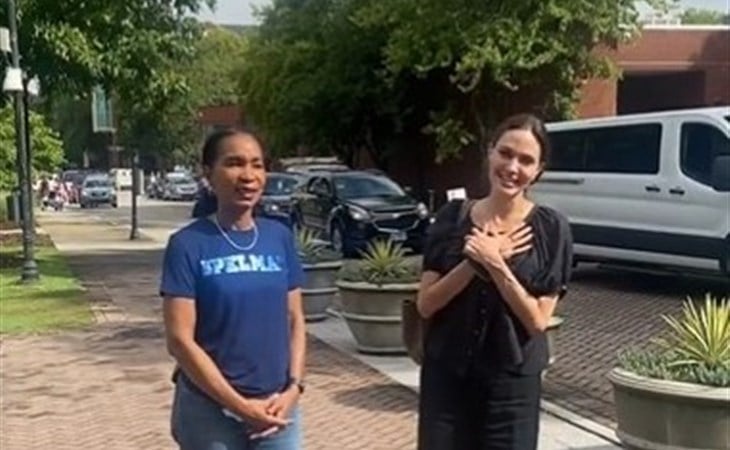 A couple of weeks ago, Angelina Jolie was seen with daughter Zahara at a Spelman/Morehouse welcome event doing the electric slide and then she herself posted on Instagram in support of HBCUs to confirm that Z would be heading to Spelman.

College and university schedules always confuse me. Here in Canada, the fall term typically begins after Labour Day – at least that’s how it was in my day; I just checked the dates at Western University (where I graduated – go Mustangs!), the University of Toronto, and the University of British Columbia (where I worked for a few years) and it would seem that it still works this way. Which is why I often forget that in the US it can be earlier. Which… don’t you feel like your summer is being ripped off?!

Anyway, that’s why Angelina was in Atlanta this week: to move Zahara into her dorm and this video has gone viral.

As it says in that tweet, Angelina is on campus there with new Spelman President Dr Helene Gayle and, presumably, other faculty members and staff who are sharing these moments on social media. Because, yes, of course, she’s one of the most famous people on the planet and as someone who worked in academic development, at the aforementioned UBC, I can confirm that this kind of thing helps so much with alumni engagement and donor stewardship, with student recruitment, and with education development fund programs – all of which are interconnected.

Angelina seems excited to be there but, as she says, also emotional. Her baby is going to college, she’s discovering a new world, she’ll be building her own world. That’s the goal of every parent, I would imagine: to be a facilitator for your child, so they have the opportunity to figure out who they are and who they want to be.

And while parents are certainly capable of doing this on their own, having a community can really help. We don’t know too much about Angelina and the kids’ community but one of their close friends just posted this last night:

The joy for Zahara, clearly, is being shared among her family’s community. 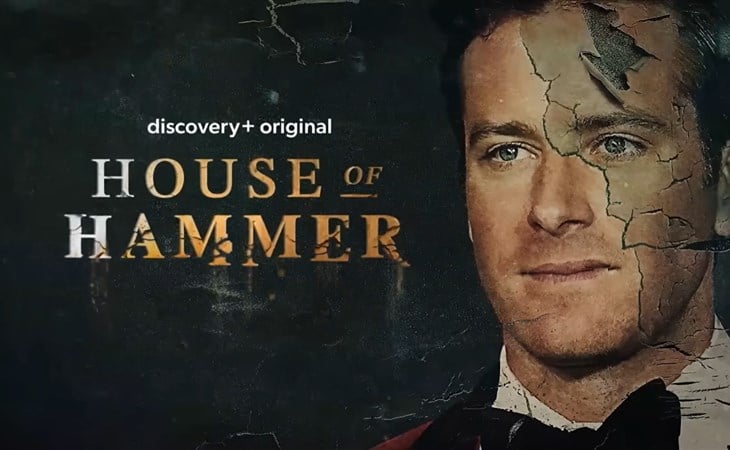 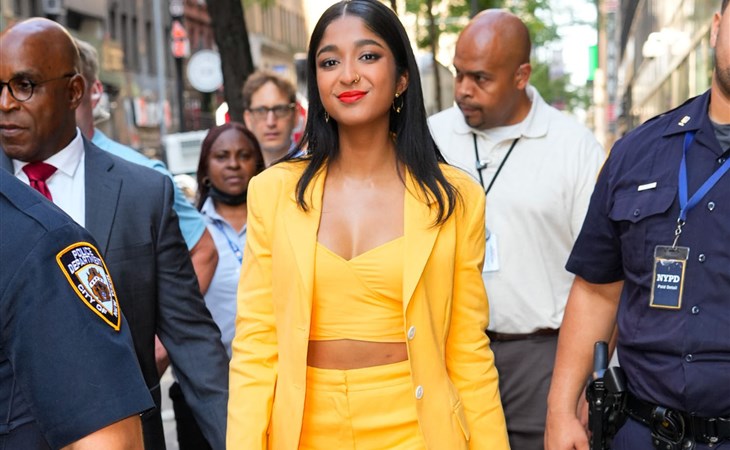