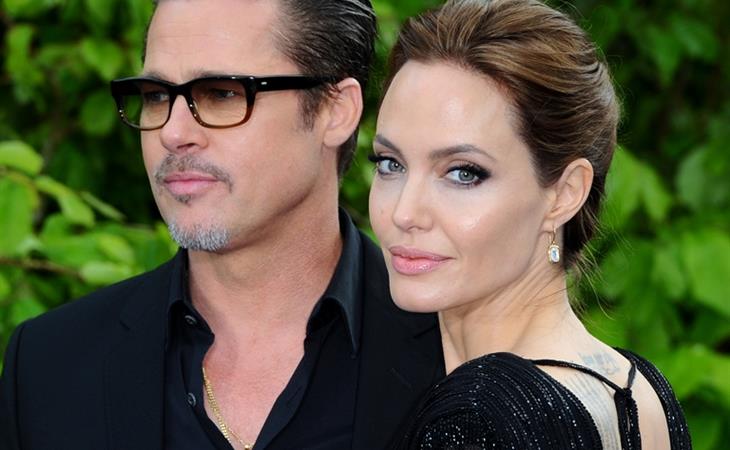 Earlier this week, in What Else, after TMZ broke the news that Brad Pitt and Angelina Jolie were headed to court over custody of their six children on December 4, I wondered what outlets Angelina would be recruiting since, as demonstrated, TMZ continues to stand, unofficially, for The Man Zone. Shortly after, both PEOPLE and E! News reported that the “listed court date is seen as a target date for which they could reach an agreement on custody”, with sources telling both PEOPLE and E! that “both parties continue to work together toward a settlement” and that “Angelina isn’t seeking full custody” and “still supports the reconciliation of the children with their father”.

As you know, according to Team Brad, Angelina has been and unreasonable c-nt, refusing to negotiate, determined to keep him out of their kids’ lives. Team Angelina, however, is now putting it out there that she doesn’t want full custody (anymore?) and is helping to repair the connection between Brad and their children. That’s a reminder that there needs to be a reconnection, a reconciliation. From what?

Whatever the truth is, neither side has called off the leaks. TMZ is still advocating for Brad, pushing the narrative that Angelina’s the raging asshole who’s been torturing him for two years and Angelina’s sources are trying to counter-soften their depiction of her. Will any of this make a difference in the opinion of the court? Well, it certainly makes a different in the court of public opinion.

Two weeks ago, Page Six, which has been pretty pro-Pitt, published a story about how Brad’s been casually dating and will probably remarry eventually but it will not be a celebrity. Here’s the part of the article that made me laugh:

“To say these two years have been a nightmare is an understatement,” a source close to Pitt told The Post.

Since Jolie, 43, stunned Hollywood by filing for divorce from Pitt in September 2016 after 12 years together, ¬every woman the actor is seen with is dubbed a potential new fling by the media.

In April, a friendship with American-Israeli MIT professor Neri Oxman, 42, sparked reports of romance. Oxman denied any romantic relationship in an interview with The New York Times earlier this month, and Page Six recently reported that the instructor of media arts and sciences is now engaged to billionaire hedge-fund manager Bill Ackman. Pitt met her while both were involved in an architecture project at MIT. But “Brad was never dating Neri — they are friends and their relationship is ¬totally professional,” the pal said.

Um, Page Six was the outlet that broke the Neri Oxman story in the first place! Nobody was talking about Dr Oxman six months ago. Nobody in gossip cared about Dr Oxman! The only reason we all know Dr Oxman is because Page Six put a giant spotlight on her! And now they’re reporting that Brad and Dr Oxman were never dating and they were always just friends?!

This has been my question since then – what was the motivation behind the whole Dr Oxman bait-and-switch? There was undoubtedly some strategy behind it, an expected reaction with an intended consequence that fit into the new profile Brad has steadily been building: that he’s over Angelina,that he’s found peace and is ready to move on, that she’s the one who’s been the obstacle.

And now Page Six is telling us that Brad does indeed want companionship but not with anyone famous. So, you know, you have a chance now. We all have a chance. Because he’s come back down to earth to be “just like us”. That story, by the way, came right after Angelina ended a three day UNHCR mission to Peru to advocate for Venezuelan refugees. And the latest TMZ story, about Brange heading to custody court, broke just as Angelina had returned from a trip to South Korea where she toured university campuses with Maddox. Coincidence or conspiracy? Tit for tat forever. 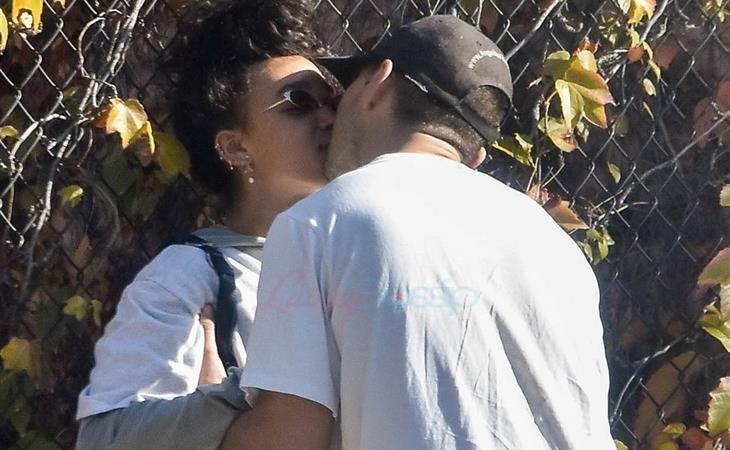