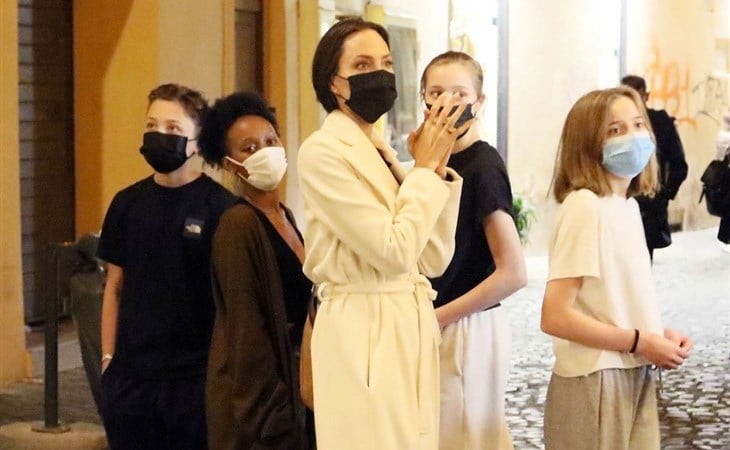 Angelina Jolie is promoting Marvel’s Eternals in Europe and attended the Rome photo call and premiere the other day, joined by Zahara and Shiloh on the red carpet. Turns out they weren’t the only two of her children who made the trip with her.

Here’s Angelina sightseeing the other day with Zahara and Shiloh and also Vivienne and Knox. Seems like they had a tour guide with them who, at least that’s what it looks like from these shots, was talking them through the various stops. The takeaway for me here is that if Angelina is your mom, and you’re going on a trip when school is in session, you’re still going to learn! Travel can be educational – there’s been some research that suggests that kids who travel do better in school. This, of course, is a privilege. Not all families can travel, and certainly few families can travel as frequently as Angelina Jolie’s. That said, the travel thing has been used against her where her children are concerned, especially when divorce hostilities were escalated when she and Brad Pitt broke up.

Initially there were reports that Angelina selfishly wanted to move the kids all over the place and the implied accusation was that she was putting her wanderlust ahead of the needs of the children, that it wouldn’t be good for them because there would be no stability. That angle obviously hasn’t held up over time but it has contributed to a certain image of Angelina that was entrenched in certain corners of the media that loved to hit that narrative, shaping amateur gossip perspective, and just haters from her younger and wilder days, that she’s still that person, even though it’s literally been decades and we’re all just trying to figure ourselves out in our early 20s, ffs.

What’s actually happened is a lot less dramatic. She’s a mom, that’s how she identifies, and it’s her most consistent role since she became famous. Maddox is now 20 years old so if stability is the issue here, for two full decades, we haven’t seen much volatility from Angelina Jolie…apart, of course, from whatever it is that went down with Brad Pitt. She’s always said her kids are her priority, and they obviously enjoy being with her. After all, they’re all teenagers now, and if you’ve had any experience with teenagers, if a teenager doesn’t want to do something, they will let you know, and it will show, LOL. 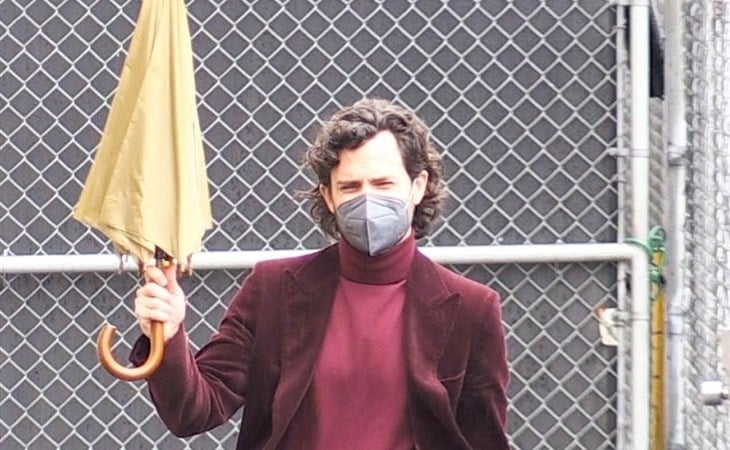