The Falcon and the Winter Soldier are in couples’ therapy

The first teaser we saw for The Falcon and the Winter Soldier, the one-time kick-off event for the MCU on Disney+, came one year ago during the 2020 Super Bowl. Then COVID-19 hit, and FWS was unable to complete production before the March shutdown of all things. FWS got pushed back, WandaVision became the debut MCU show on Disney+, and now FWS is going to be released in March, one week after WandaVision ends. To that end, The Falcon and the Winter Soldier was Marvel’s big spot during the Super Bowl. With no trailers for the films, you can assume the Marvel movies will be shoving back once again, with Black Widow likely to take Shang-Chi’s July release date, and so on and so forth. But now with Disney+, the inexorable march of the MCU can continue unabated, regardless of what is going on with the films.

For the first time in an entire year, we get to see some of the humor in The Falcon and the Winter Soldier. This project came together because people so loved the real-life chemistry and banter of Anthony Mackie and Sebastian Stan during their Marvel press tours, but that very chemistry has largely been absent from the trailers up to this point. No longer! The trailer opens with Sam and Bucky in an interrogation room, but their interrogator is more like a therapist, asking them to talk about their relationship and their feelings. Aw, Sam and Bucky are in couples’ therapy! Now THIS is what I want to see more of in the MCU. It’s always about the punchy-kicky but I have always preferred the hanging out bits. Just give us however many episodes of Sam and Bucky hanging out, I do not EVEN care about Zemo’s evil plan. Supervillains are always like, No more superheroes, and then are ALWAYS more superheroes, there are f-cking SPACE superheroes in the MCU at this point, Zemo, that horse has long since left the barn. If anything, we should see Zemo drinking in a dive bar somewhere being like, There are superheroes in space and that one lady is like infinitely powerful and there are magic people now so what even IS the point?

We also get to see Emily VanCamp returning as Sharon Carter for the first time since Captain America: Civil War. One of the joys of WandaVision is seeing Marvel (finally) do right by good but underserved actresses like Elizabeth Olsen and Kat Dennings and getting Teyonah Parris off on the right foot as Monica Rambeau. Perhaps FWS can do the same for Emily VanCamp, and make Sharon Carter an actual character with tangible humanity and motivations independent of what the dudes around her are doing. There is that persistent rumor, though, that she will be Bucky’s new love interest. First, this will NOT make up for not doing the Bucky/Natasha relationship in the movies, and second, EW GROSS. Last we saw Sharon, she was macking on Bucky’s bestie, Steve Rogers.

For yet more proof that the Steve-Sharon kiss in Civil War was shoe-horned in to serve a strange and misplaced beholden attitude toward the comics—where Steve and Sharon are a MAJOR couple—that never had sh-t to do with what was actually developing onscreen for these characters, just see how every single piece of the MCU since that kiss happened has undermined it. Steve time-traveled to (probably) marry Peggy, Sharon’s great-aunt, and now Sharon and Bucky are hooking up. None of this would be so weird if they had just let go of Sharon and Steve as a romantic pair in the movies. Not EVERYTHING has to be the same as the comics, a lesson I hope Marvel has learned. Clearly, though, they still haven’t learned about the hanging out thing, because despite the couples’ therapy—which, let’s be honest, will probably be one five-minute scene—The Falcon and the Winter Soldier looks predictably action-packed with lots of punchy-kicky stuff, and we’re going to have to muster up some enthusiasm for Zemo’s obviously doomed and pointless crusade. At least everyone looks super hot. 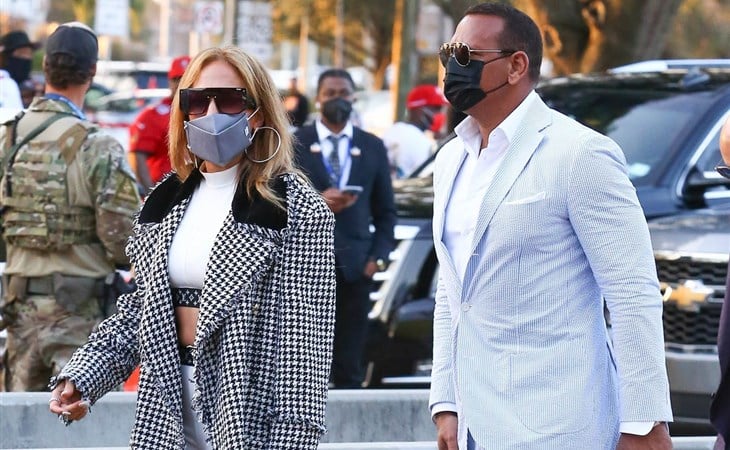