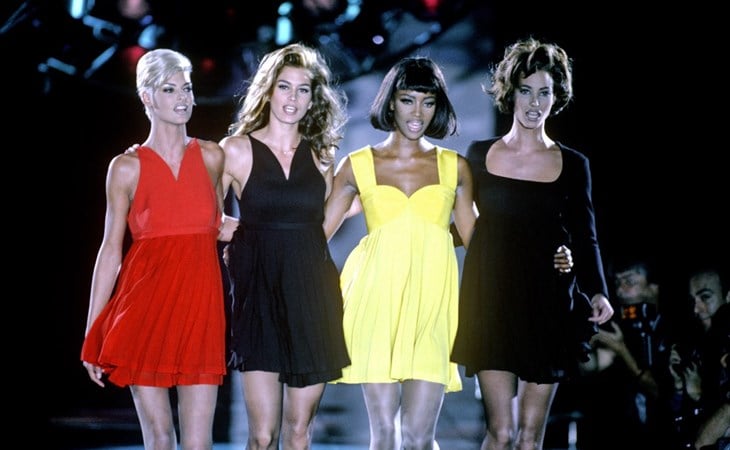 Apple TV+ announced yesterday a new docuseries called The Supermodels, chronicling the rise and influence of four of the OG supermodels of the 90s: Naomi Campbell, Cindy Crawford, Linda Evangelista, and Christy Turlington.

OH MY GOD YES PLEASE NOW HURRY WHY DO WE HAVE TO WAIT?!

The series will feature exclusive access and interviews with the women about their careers and how they totally reshaped their profession and the fashion industry. And if you were around during that era, you know what a major force they were. People were obsessed with them. I was obsessed with them. I bought all the magazines. I saved all the covers. I watched and recorded (on VCR, lol) Fashion Television. I played back their runway walks. And now they’re putting together a series that will revisit those catwalks, those photo shoots, those looks!

Most people point to this iconic January 1990 British Vogue cover, photographed by Peter Lindbergh, as the beginning. Naomi, Linda, Tatjana, Cindy, and Christy.

These, of course, are the same five models who appear in George Michael’s video for “Freedom!”. And this is the cover that inspired the video. George did not want to be on camera and then he saw the cover and… well… you know what happened. The video is now its own legend. And, of course, Naomi, Linda, Cindy, and Christy then ended up walking down the runway during Gianni Versace’s Autumn/Winter 1991 show mouthing the lyrics – which is why Apple is using a photo from that catwalk to accompany the press release.

Naomi, Linda, Tatjana, Cindy, and Christy were known as the Big Five, the favourites of Versace and especially Azzedine Alaia, who treated them (and several other big name supers) as family, to the point where they would prioritise Alaia over other designers – that was their collective power at the time. Claudia Schiffer then came to prominence and the way I remember it, she kinda took Tatjana’s spot, and when Kate Moss exploded onto the scene, the Big Five then became the Big Six: Naomi, Linda, Claudia, Cindy, Christy, and Kate.

There are others, of course. I loved Veronica Webb. I loved Karen and Yasmin Le Bon. Stephanie Seymour was part of the crew too – she was included in the iconic Herb Ritts shot that is now considered a supermodel-era classic; it featured Stephanie, Naomi, Christy, Cindy, and Tatjana all embracing each other in the nude (click here to see). This docuseries, however, focuses on the four and their friendship. Naomi, Cindy, Linda, and Christy are ready to share their story. And I wonder…

I wonder, through the lens of 2020, if we have a new perspective on that quote. You know the one. It was Linda who said it, and here’s the original:

She took a lot of heat for that and if Twitter had existed back then, you can imagine how much more sh-t she would have eaten. But as we’ve seen through the years, we have a new lens through which to view the past. Remember how we all used to talk about Monica Lewinsky? It took the world 20 years to catch up to her. And where modelling is concerned, it was a powerless profession before the supers made their ascent. Models were mostly nameless. And voiceless. And then they became the headlines. They brought so much more attention to fashion. They made the fashion houses a lot of money. In the decades that followed, the phrase “know your worth” has become a rallying cry for women. You might say, then, that The Supermodels knew their worth. It’s also why the song and the video were so effective. The lyrics, interpreted in a certain way, apply to them too.

“Posing for another picture

Everybody’s got to sell” 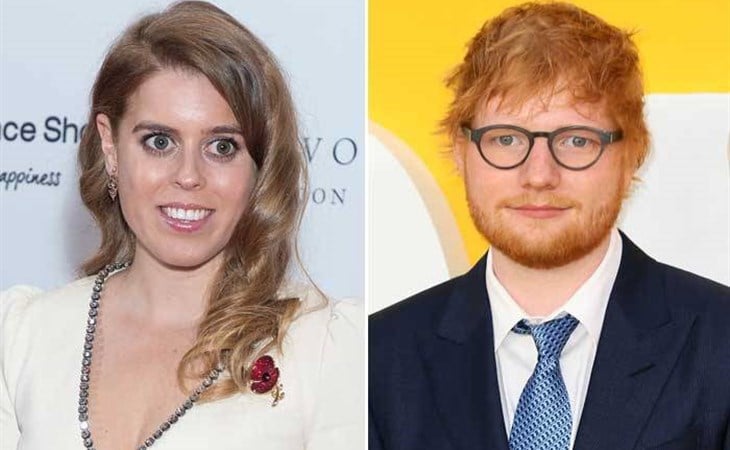