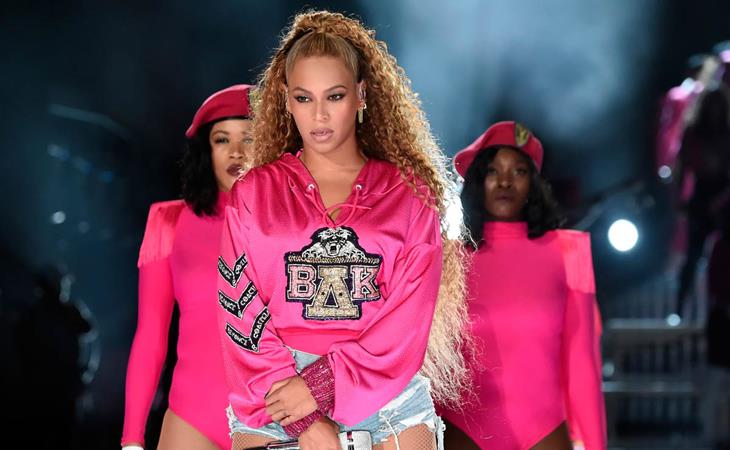 As you probably know by now, there was a whole new wardrobe for Beychella Weekend 2. And not just for Beyoncé but for everyone – the dancers, the band, Kelly and Michelle, and Solange too. Think about how many people were on that stage. And the fact that two performance outfits had to be created for them – for one use each. Immediately afterwards, the yellow hoodie and the pink hoodie were added to the Beychella pop-up and since they’re different, it means…well… it means you have to get them both.

What I really want, though, is the pink sequined sweater… 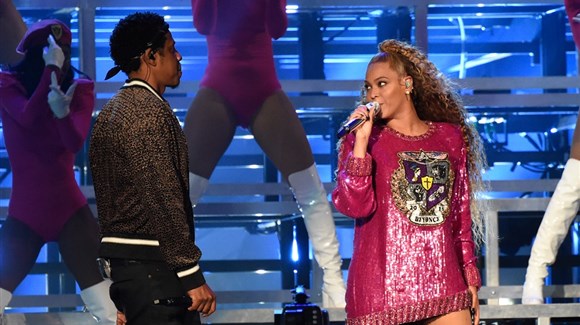 …which is obviously NOT available. And won’t be. As IF we would get to wear what she wears.

But what does she do with it all?

I can’t see her repeating any of her outfits for the On The Run II tour. So they’re getting packed up for the Archive. The Beyoncé Archive. Where, one day, we’ll be able to see all of these costumes in glass display cases, with the best lighting and temperature control either as a travelling exhibit or… in the Beyoncé museum proper. OF COURSE there will be a Beyoncé museum. Like an actual Hive. The only question is…when?!? Because I want to be around for it. Also, when they build it, I hope there’s a wind machine room. At Graceland there’s an entire section dedicated to Elvis’s cars (and costumes too). In addition to B’s costumes then, and hairstyles, and music videos (several rooms dedicated to the music videos please, organised by album or era?), there really should be a section where it’s just a runway and the wind. And part of the experience will be that visitors get to walk down the runway with the wind.

Speaking of Beyoncé and the wind, did you see this?

Person who was supposed to man that fan is fired. #Beychella pic.twitter.com/T4LezJAJd1

Seriously. When she’s already up there giving life to millions of people, and holding up her people, and she still has to adjust her own fan?!? The person in charge of the fans is basically a fugitive at this point. John Wick is after them. 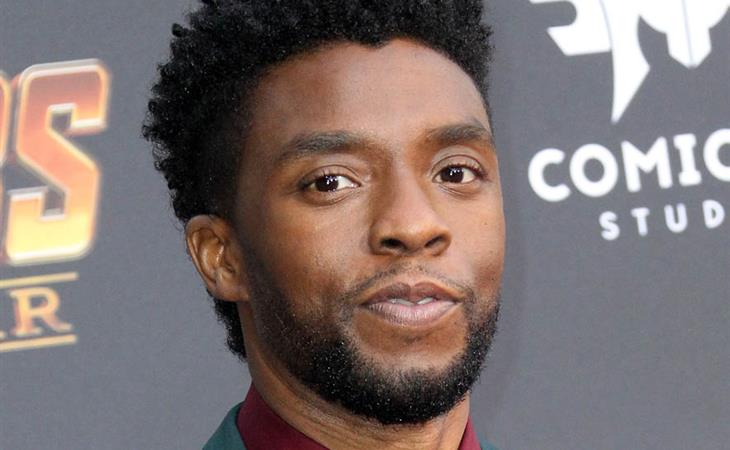