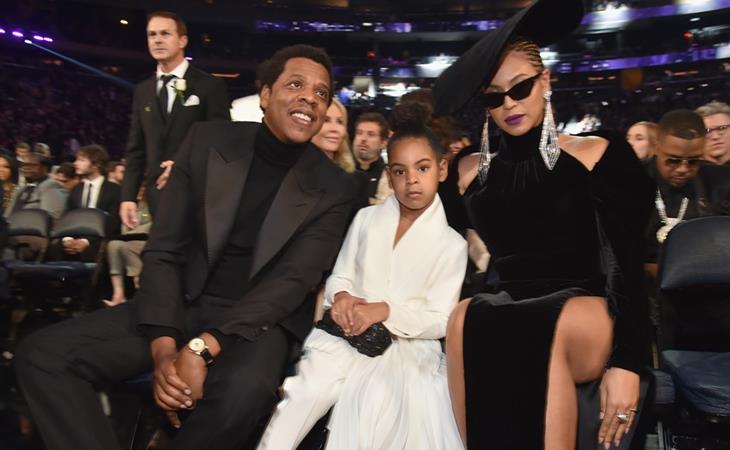 Blue Ivy Carter’s mother is the Queen of All Entertainers, Beyoncé Knowles. Or King Beyoncé – have you read Lindsay Zoladz’s piece for The Ringer about Beyoncé becoming the Alpha Carter? It’s so f-cking good I wish I came up with it.

Anyway, my point is, the B.I.C., with her lineage – and her wardrobe – isn’t someone most of us can relate to. Sometimes though, she descends from her home on Mount Olympus to hang out with the mortals, to share our pain. In this case, it is the pain of being grossed out by your parents.

There’s an interlude during the On the Run 2 tour when Beyoncé and Jay-Z are seen rolling around in bed together. It’s meant to show us that their passion for each other is as hot as it ever was. Blue, however, well, she’s not feeling it quite the same way. This is my favourite tweet of the week – here’s Blue at her parents’ show the other night when that part came on:

Blue watching the interlude of her parents in bed LMAOOOO pic.twitter.com/lcHqubL67p

You’ve been there, right? I was out for dinner the other night and this came up, for some reason we all started sharing stories of The Time We Walked In On Our Parents because one of our friends just had it happen to him as a parent – his daughter who is now seven barged in when he and his wife were doing it a couple of weeks ago. “Daddy, why are you naked on top of mommy?” It’s a scar we all have on our souls. But if we’re playing this game, I win every time. Not that it’s a game anyone ever wants to win. In my case, my scar happened just before my parents got back together, when I was a teenager. They were divorced for ten years and that summer we went on a family trip with their best friends and their son. My parents and I shared a room with two double beds, I slept with my ma. Until the middle of the night, when I woke up, and she wasn’t in bed with me anymore. The sounds I heard that night will haunt me forever. Every mistake I’ve ever made can be traced back to that trauma. Much worse than seeing your parents rubbing up on each other at the same time as thousands of other people. Or is it?

PS. Here’s the first comment after the initial tweet. This may have cracked me up even more:

Someone was getting a lil to excited 😂😂😂👀 pic.twitter.com/xb4j9pJCNv