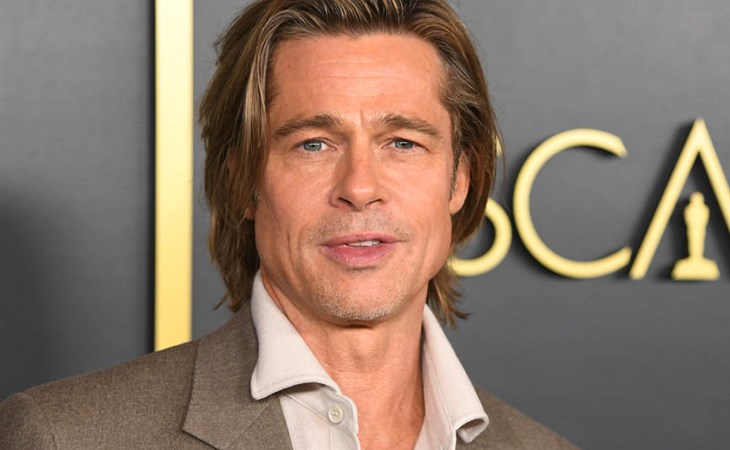 According to Brad Pitt, who was probably not being serious, Leonardo DiCaprio calls him “lover”:

These days, he’s a joke a minute, this guy. That said, he referred to Leo as “LDC” on stage at the Golden Globes earlier this month and I’m guessing that’s probably legit, and that Leo loves it. “LDC” makes Leo sound like he’s rap-lite. And if there’s anything Leo’s desperate to be, it’s a rapper. The first time I heard it I thought Brad was saying “LBC”, like Long Beach City, an acronym I’ve had in my head for a few months because of Lana Del Rey’s cover of Sublime’s “Doin’ Time”. I f-cking love that song, I love that whole album (and I never expected to love an LDR album this much, ever) – which is why I was like… is Brad Pitt dropping some Lana Del Rey knowledge at the Golden Globes? That thought thread obviously went nowhere but, hey, who knows what he and his (presumed) speech co-writer have come up with for the Oscars? He’s winning that Oscar. And if any of his previous speeches are an indication, his speech will be the best of the night. But first, to London and the BAFTAs. More on that next week.

Yesterday Brad and LDC were at the Nominees Luncheon. Have you noticed that he’s kept his facial hair pretty trim through January, at all the award shows? I think we’re all familiar enough with Brad Pitt to know that he prefers to wear a little growth. And now you’re about to tell me that this isn’t a thing. Please. This is a man who cares about appearance. Of course it’s a thing. For the women and for the men. When Brad Pitt wins on February 9, those photos are forever. So at the very least it’s an active decision. Or maybe it’s not. After all, he’s not campaigning, right? Because you’d somehow think less of him if he admitted to wanting an Oscar for acting? Haven’t we established already that a man as handsome as Brad Pitt can do no wrong? Or is that the burden of being the all-American man? We can forgive anything but hustling for a trophy.

Also, you will note Leo didn’t take his sunglasses off at the photo wall. Maybe his eyes were really sensitive yesterday. Or maybe he knows he needs them when he’s in a suit. Leonardo DiCaprio, even at his physical prime, has never been one to wear the sh-t out of a suit. He’s not stylish, Leo. Because he has no swagger. Think about it. He had the face, for sure. But it never extended to his body the way Brad Pitt’s attractiveness has always been a full-body experience, from the way he gestures, to his gait, to the subtle ways he knows how to cock his head to the side just so. Leo’s never had that sexiness of physicality. That’s why he’s built a pack around him. It creates the illusion of the cool factor. Sunglasses too. 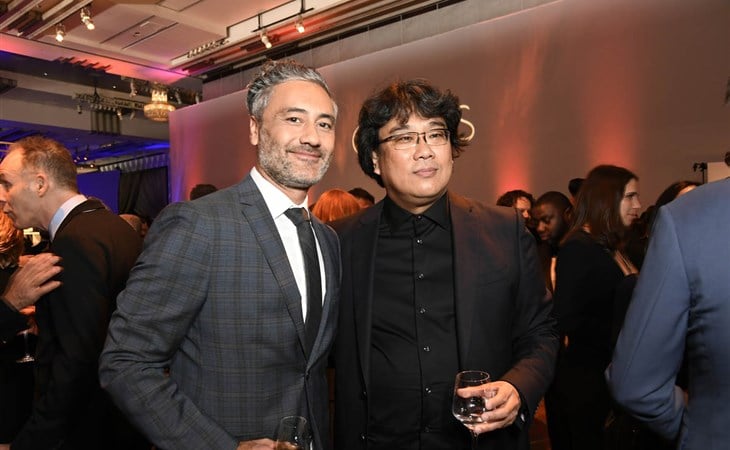