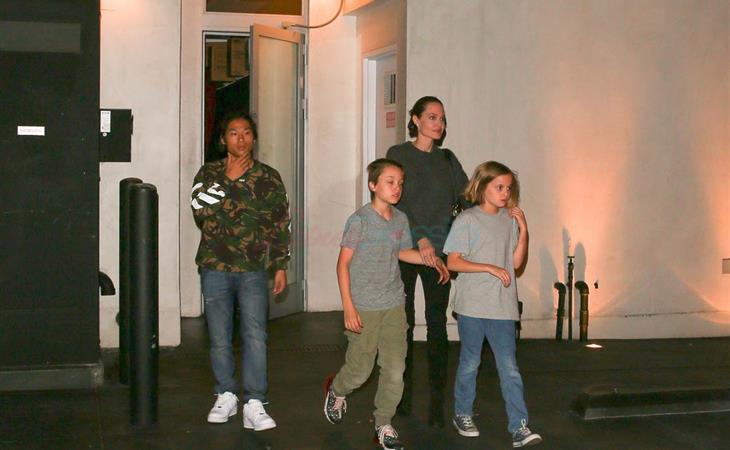 Last month marked the two year anniversary of when Brad Pitt and Angelina Jolie announced their separation. Two years later and they’re still not officially divorced because they’re still figuring out their custody situation. It was reported last week that custody evaluations have started. Dr Stan Katz presented his qualifications to the court and will be working on the Brange file, interviewing the children, their caregivers, and everyone in that circle to determine how best to proceed. After slapping at with each other publicly over the summer, Brad and Angelina seemed to have chilled out on the aggression. He’s been working on Quentin Tarantino’s Once Upon a Time in Hollywood and she’s been shooting Come Away.

Here she is on Saturday with Pax, Vivienne, and Knox out for sushi. At one point, Vivienne got up out of her chair to hold on to her ma, still and always the baby of the family.

That same day, Brad was photographed on set shooting in a car with Margaret Qualley. He seems to be in the car a lot in this movie. The paps are saying it was a “steamy scene”. Of course it was. It’s a Tarantino movie. Margaret’s mother is Andie McDowell, Brad’s contemporary. Hollywood casting, sounds about right. I mentioned a couple of weeks ago that, once upon a time, Margaret would have totally been Brad’s type. You know who she resembles, a little? Dr Neri Oxman. Who also looks like Julia Ormond in Legends of the Fall, a film that turns 25 years old next Christmas. I wonder if they’d ever do an Oral History for that movie. And whether or not he would participate. 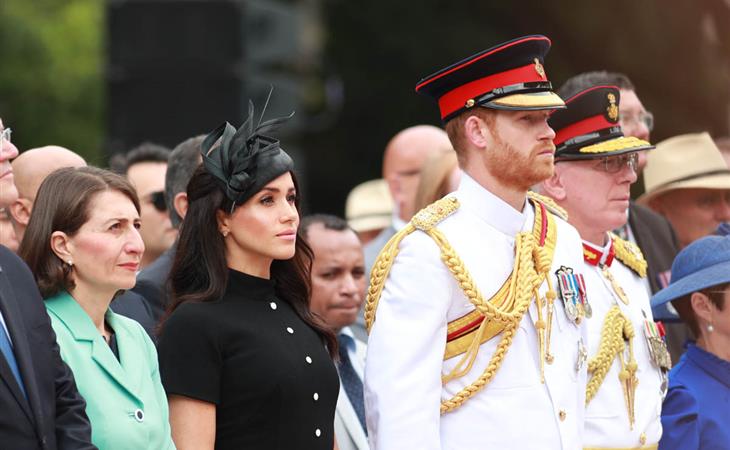