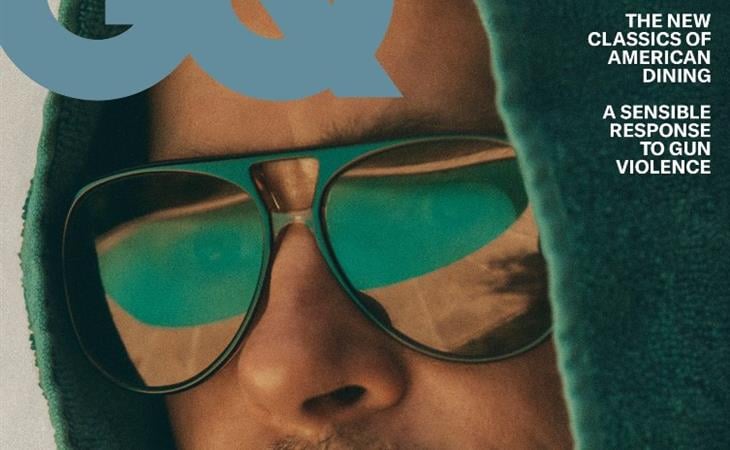 Two years ago, back in 2017, Brad Pitt covered GQ and it was something of a publicity turnaround after months of World War Brange drama following his split from Angelina Jolie. At the time he was promoting War Machine and he spoke about quitting drinking, his “self-inflicted” troubles, the “façade” that has at once protected him but also detached him from…what? It’s an analogy he’s used often and he describes it again in a new interview with GQ as the magazine’s October 2019 cover star, to promote Ad Astra. He’s a gazelle detached from the herd:

For years now Pitt has had a go-to analogy when people ask him about fame. (People do this all the time.) He describes it “as being that lone gazelle out on the plain. And the tigers, you know, they're in there. They're in the grass. And you've lost the herd. You're not connected to the herd anymore. And it's that. It is that loss of privacy. And being hunted.”

I've always loved this analogy. The honesty of it, the way that it—in its blunt mix of loneliness and fear and the feeling of being perpetually observed—captures what must be something close to the truth, without being particularly self-pitying or angry. He's lost the herd. It is what it is.

I asked if he felt any kinship with the astronaut he played in Ad Astra: another guy split off from humankind, gone places that can only be rendered to the rest of us by way of fables and metaphors.

“Well, that makes it sound much more noble than it is,” Pitt said.

But it shares that quality of, no one really understands, and you can't reliably bridge the gap.

“Until you see that other gazelle.” DiCaprio, maybe. He doesn't say exactly.

But how many gazelles are there in this world, really? Like, five?

There was a time when we believed and he believed, and she too, that the “other gazelle” was Angelina. Now Brad, the gazelle, is alone again on the plain. She, however, well, she might say that she has her herd: their children. But we’re not supposed to think that about that too much. Any reference in this piece to family and their kids is brief, mentioned as an unchallengeable fact in a list of his quotidian activities:

He sculpts now. Listens to a lot of music. Does dad stuff. And he seems to watch a lot of movies, according to people who know him.

And those aren’t even the best shots in the article. There are so many shots in this article. So many shots of Brad Pitt wearing the sh-t out his wardrobe, timelessly smoldering – in a suit or a sweatshirt, and we see him in both in GQ; at 55 he can wear a dress shirt and trousers with easy maturity and jeans and a tank top with the same youthful authenticity. Even in fashion, Brad Pitt endures. He’s a classic but not a conformist, that rare combination that adds up to icon: revered by the past, embraced by the future.

This is, pretty much, the thesis of the profile. And to some extent, I agree with it in that there aren’t very many Brad Pitts around or made anymore. In the celebrity ecosystem, he is, indeed the “odd”, as he says, gazelle. So I get why this reads as a blowjob. It’s hard enough to get face-time with a star of Brad’s status. And here he is assessing with you and interrogating his stardom through the lens of an evolving masculinity, specifically white masculinity, for a magazine aimed at the masculine. Of course it’s tempting to declare him the masculine hero.

And it’s scary to look too hard at our heroes. “Never meet your heroes”, as the saying goes. So you’re not asked to in this piece. He doesn’t let you – Brad Pitt is an expert at talking around himself – and I’m not sure anyone really wants to. Many times reading this I wondered to myself what the difference would have been if Brad was profiled by a woman, by Taffy Brodesser-Akner or Caity Weaver or Allison P Davis, if we would have gone to any other places, even while Brad was avoiding them, what the perspective would have been, especially during a conversation about what is passed onto children, how Brad is challenging within himself his relationship to power and vulnerability, but then I realised that maybe we can’t ask those questions until we’re ready to know what the answers are, until we’re able to see past Brad Pitt as he appears on this cover, behind sunglasses and under a hood, and in these pages, golden and perfectly aged, on the surface the human manifestation of the finest whiskey. How fine? This fine:

How willing are we to consider that it might not taste that great? Consider only that he’s the frontrunner for a Best Supporting Actor Oscar, an actor who is a student of film, who in this piece positions himself as one of film’s defenders, behind the scenes and in front of the camera. He’s not just the public hero. He is Hollywood’s hero. How could they vote for anyone else? How could we?

Click here to read the full GQ profile of Brad Pitt for the October 2019 issue. 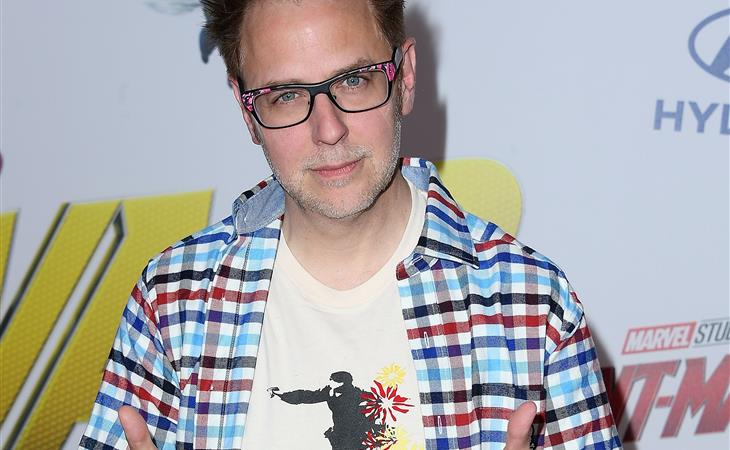 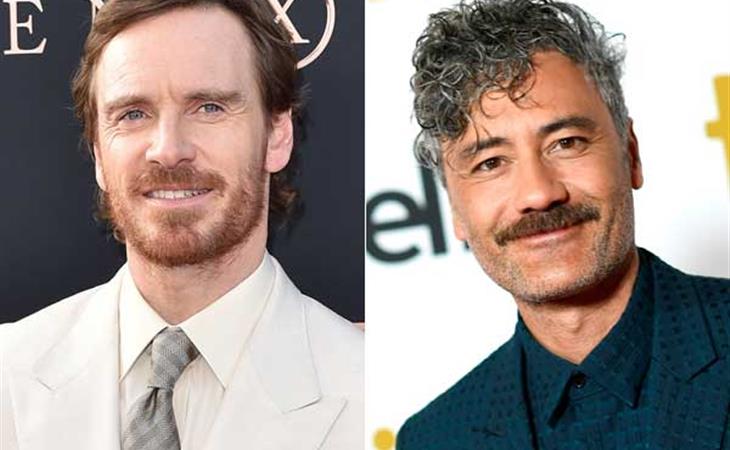