Brad Pitt wants everyone to know that for his birthday yesterday, his kids came to his place for a sleepover. Where I’m from, you don’t call it a sleepover when it’s home. But I guess that’s the point. Brad’s home is not their home. And, clearly, a sleepover at his home is not a regular occurrence, otherwise it wouldn’t be making headlines. Which is why, in the same breath, whoever is telling us this is also trying to subtly remind us that evil Angelina has come between Brad and the children. Which …must be why the visits still have to be supervised? (Dlisted)

Have you seen RBG, the Ruth Bader Ginsburg documentary yet? It just made the Oscar shortlist. It’s considered a frontrunner. If you haven’t already, it’s on iTunes and on demand right now. It’s totally worth your time. I actually cried. What she’s done for women will make you cry. Anyway, as you know, Felicity Jones plays RBG in the film On the Basis of Sex. And if you’ve seen the documentary, with all that footage of the justice when she was young, there’s definitely a similarity there – especially, I find, in the mouth. What you will also appreciate is that RBG has always been a fashion plate. Unfortunately what Felicity is wearing here is not all that stylish. Is it supposed to be so wrinkled? (Go Fug Yourself)

Robert Jobson, who wrote the Prince Charles biography that basically kicked off the last several weeks of sh-t talking about Royal Meghan now has some advice for her about her father. Or maybe it’s a warning – he’s old and you’ll regret not reconciling. Why don’t you try reconciling with the parent who keeps selling you out, over and over again, ROBERT? (Cele|bitchy)

Have you heard about this? Ghosting your job? Apparently people just aren’t showing up anymore instead of giving two weeks notice. And there’s a debate about whether or not it’s a good idea. Which…sure. If you care about your reference. But a viewer on our show made a good point: your employer doesn’t need to give you a two weeks heads up before firing you or laying you off. (OMG Blog)

How do you feel about a red lip? I LOVE a red lip. But it has to be a dark red, with blue undertones. I can’t do an orange-red lip. Or a poppy red. For me is has to be deep, not bright. So I’m wondering now how the “blurred red lip” effect would look. Whether it would verge on the obscene. (The Cut)

I am obsessed with this piece about Chinese restaurant workers because it’s so recognisable to me. So many of my relatives worked or still work in restaurants. My parents owned a Chinese fast food restaurant. And you’ll note what comes up in this article: “Have to pay the harvest”. If you’ve been reading this site a while, you’ll recognise that expression from the Chinese New Year posts I write with my ma’s astrology readings about harvesting luck, about how to nurture and maintain luck. “Paying the harvest” is deeply embedded in our culture. (The Ringer) 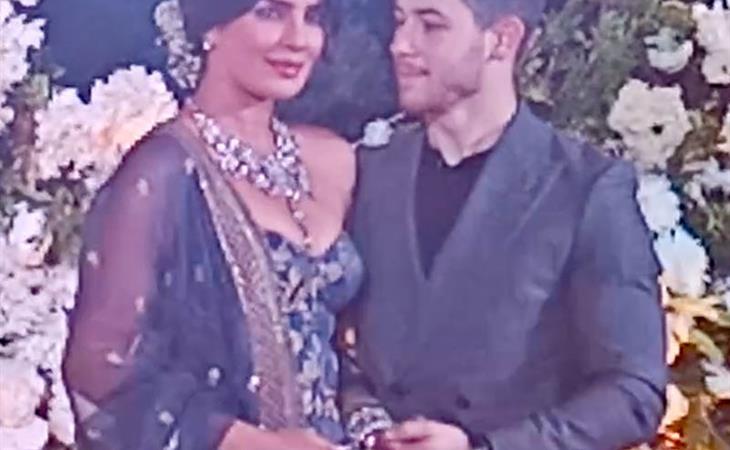 Priyanka and Nick are still getting married